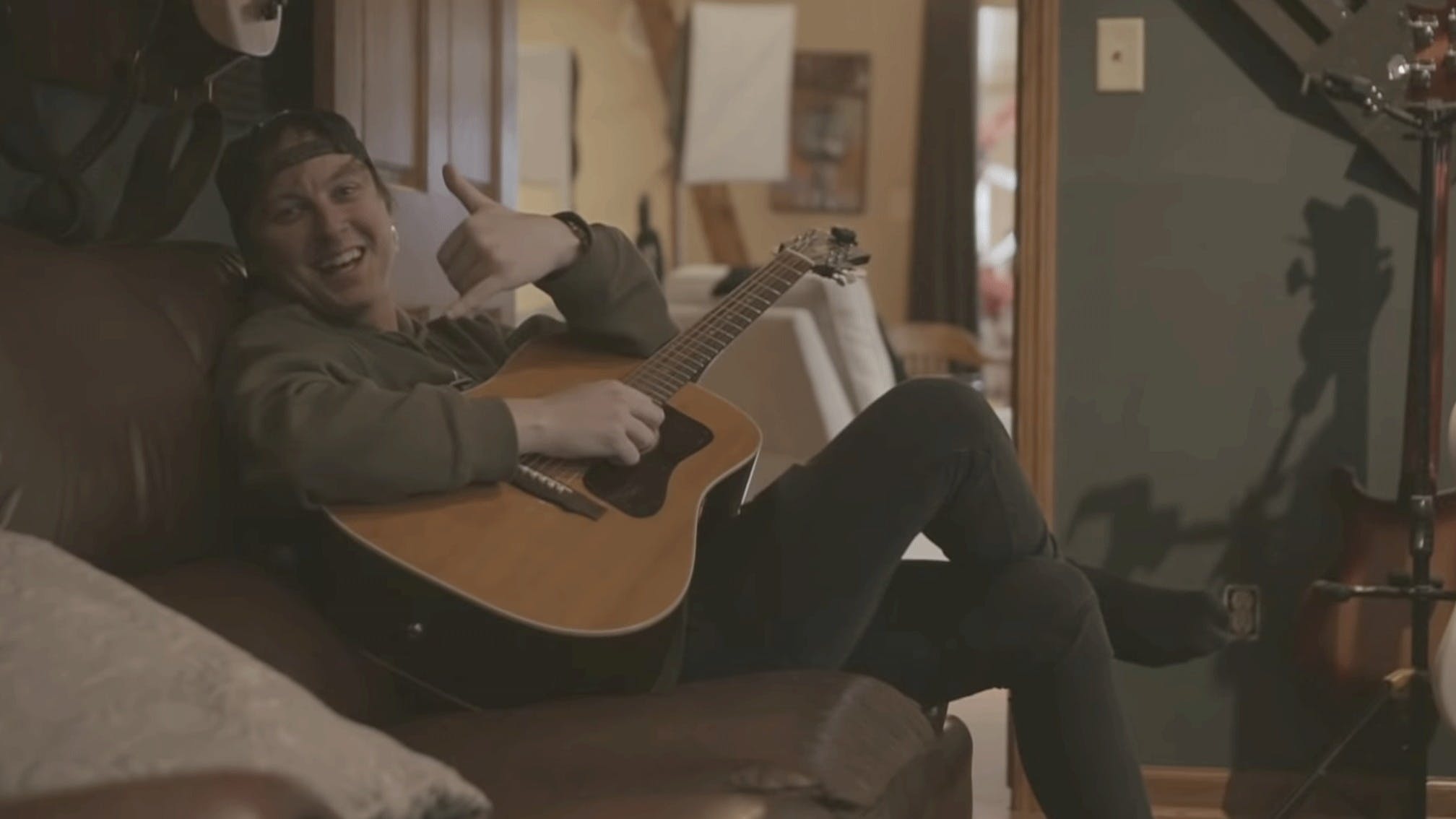 State Champs have followed up February's Everybody But You with a powerful new single, Eventually.

Say the band of the meaning behind the single: “In the past few years, I’ve had my first real experience with mental health issues, as well as some physical battles that have affected my thought process on the future. This song is about facing those things head on. I’ve never been one to open up about these things, so I hope if anyone relates to Eventually even in the slightest, it lets them know that it’s okay to have these feelings and to talk about them. Writing this song motivated me to take the necessary steps to get my mind and body back to a healthy place, and I hope those listening are able to do the same.”

Indeed, vocalist Derek DiScanio told Kerrang! recently that, “Eventually hits home for me the most: it’s got the story behind the past couple years and dealing with the mental and physical challenges. The chorus is, ‘Started running from what made me paranoid,’ which is me being in my own head about [my voice failing] and with the pandemic, but then the second half of the chorus is, ‘I’m taking back the one thing that felt permanent’ in my life, which is State Champs and my career. So it’s me feeling confident again and finding that motivation to make [our career] last as long as it can.”

Eventually is taken from State Champs' new album Kings Of The New Age, which is due out on May 13 via Pure Noise.

Read this: The new age of State Champs: “This album is us saying: ‘Hey, we’ve been doing this for a long time and we’re fucking good at it’”

The big review: State Champs – Kings Of The New Age

State Champs: “We know we’re good at this sh*t. We know we’ve been here this long for a reason and we wanna showcase that”

For the past decade State Champs have been a pop-punk mainstay, always with one eye on bigger things. Now that the scene is making a bid for the mainstream, is new album Kings Of The New Age their chance to break through? Frontman Derek Discanio thinks so, and he doesn’t care who knows it…

The new age of State Champs: “This album is us saying: ‘Hey, we’ve been doing this for a long time and we’re f*cking good at it’”

In looking ahead to the upcoming 10th anniversary of their brilliant debut The Finer Things, State Champs found themselves questioning their place in the pop-punk scene. Now, on fourth record Kings Of The New Age, not only do they know where they belong – but their confidence has never been higher…

Hear State Champs' absolutely wicked cover of Fall Out Boy's Take This To Your Grave track.

Albany pop-punks State Champs have announced a 17-date UK and European tour for next May.