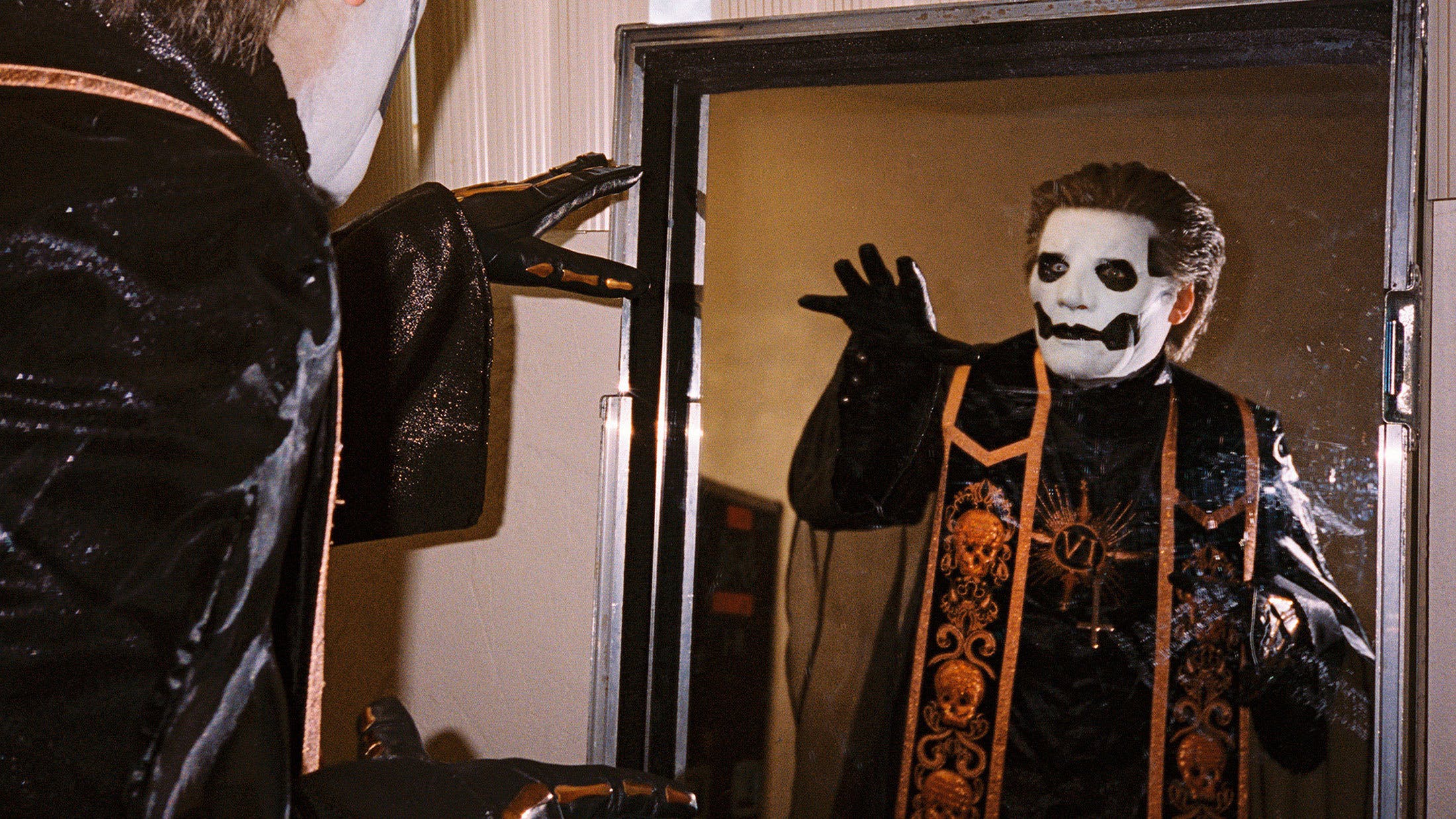 It’s been a hell of a year for Ghost following the release of March’s excellent fifth album Impera, and already it seems as though mainman Tobias Forge is thinking about where to go next.

In a new interview with Rolling Stone (via Blabbermouth), the frontman says that he’s considering the “vibe” of his writing for the next record, with the aim of not ever “repeating” himself.

While Tobias doesn’t divulge exactly what his plans are yet, he says that, “There are a lot of things in my head that I feel like I wanna explore writing. I think I’ve never really ended an album production, or left an album production, without feeling like there are things that I would wanna do different next time.”

He explains how there are many different factors behind making a record (“There’s a big difference between recording in your hometown and recording a record on a tropical island someplace. And none of it is better than the other; it just means two different things”), and currently he’s “more about vibing” to see how it all might go.

“I’m trying to build a new vibe for writing this record now, just to sort of see to it that I don’t end up repeating myself, and do something else,” he says. “Evoke a few good things from the past and try to eradicate some of the things I didn’t like. And once more, you try to do it perfectly. It’s like being that sort of person that gets married for the sixth time: ‘This time is gonna be great. It’s gonna be perfect this time.’”

We don’t doubt it. Watch the interview below:

A whopping 42-song soundtrack for EA’s new NHL game features the likes of Turnstile, Ghost, YUNGBLUD, Nova Twins, Panic! At The Disco, De’Wayne and many more.

Ghost: The making of one of the greatest rock shows on Earth

We catch up with Ghost mastermind Tobias Forge on the road to find out what goes into making one of the best shows in rock, and why you’ll never see Papa Emeritus eating a sandwich…

Ghost are crossing the pond with their Imperatour – and they’re bringing along the fantastic supporting cast of Mastodon and Spiritbox.

Ghost’s Tobias Forge on the Nameless Ghouls’ new look: “As a Star Wars fan, I’ve always been into the Tusken Raiders”