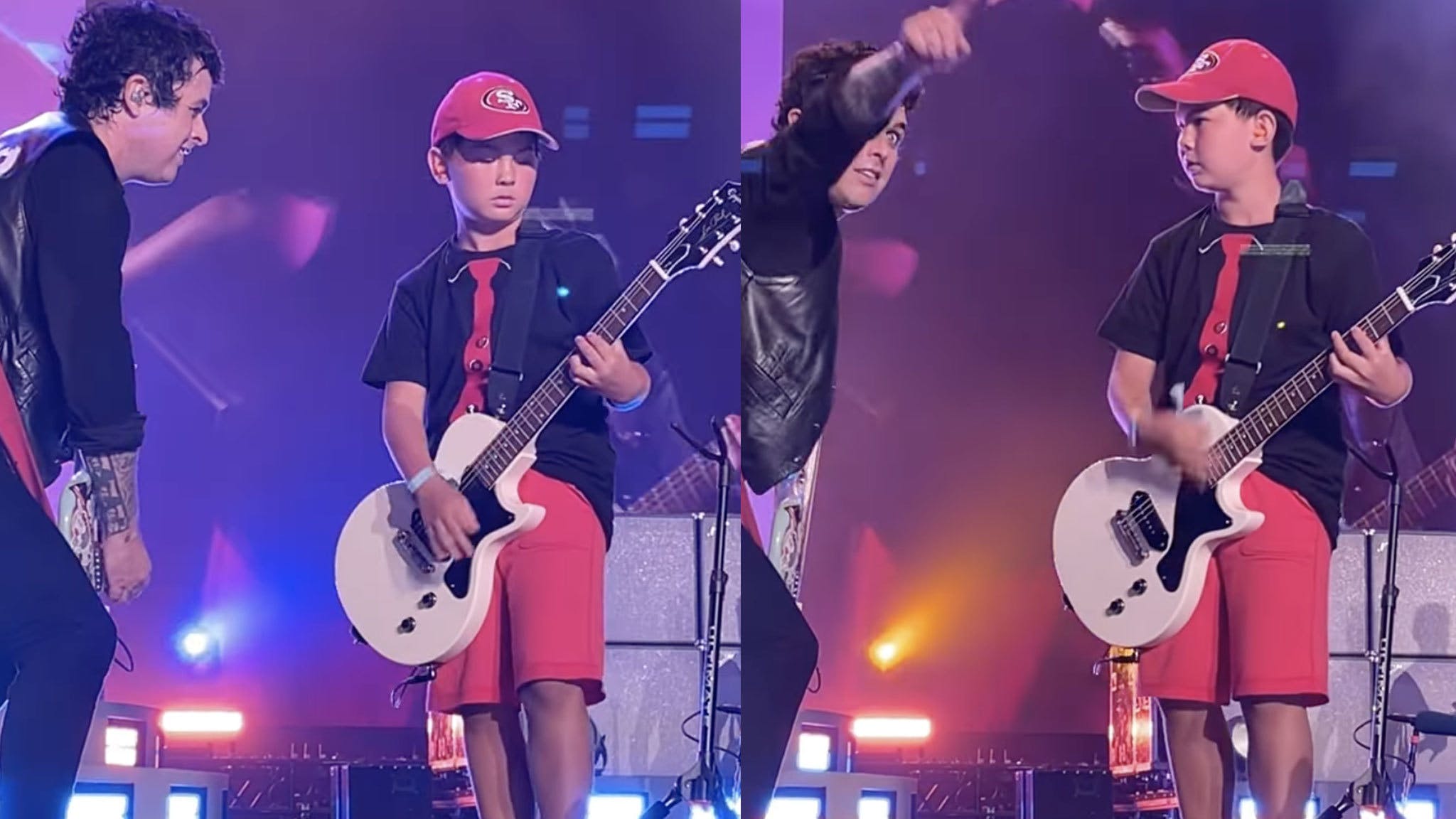 It’s a regular occurrence for Green Day to bring fans onstage to play guitar and cover Operation Ivy’s Knowledge with the band – but at San Francisco’s Outside Lands festival on August 6, the lucky chosen gig-goer was only 10 years old!

According to the San Francisco Chronicle, the Bay Area heroes picked out young Montgomery for the performance, with frontman Billie Joe Armstrong reportedly giving him the nickname Monty, as the crowd then chanted that name. (It’s also worth noting Monty was wearing a T-shirt that had Billie Joe’s iconic American Idiot black-shirt-and-red-tie look on it – amazing!)

After successfully performing the song onstage at the Golden Gate Park fest, Billie Joe then gifted Monty the guitar he played – watch the brilliant, wholesome video shared by the band below:

Check out more official footage from the band at Outside Lands: