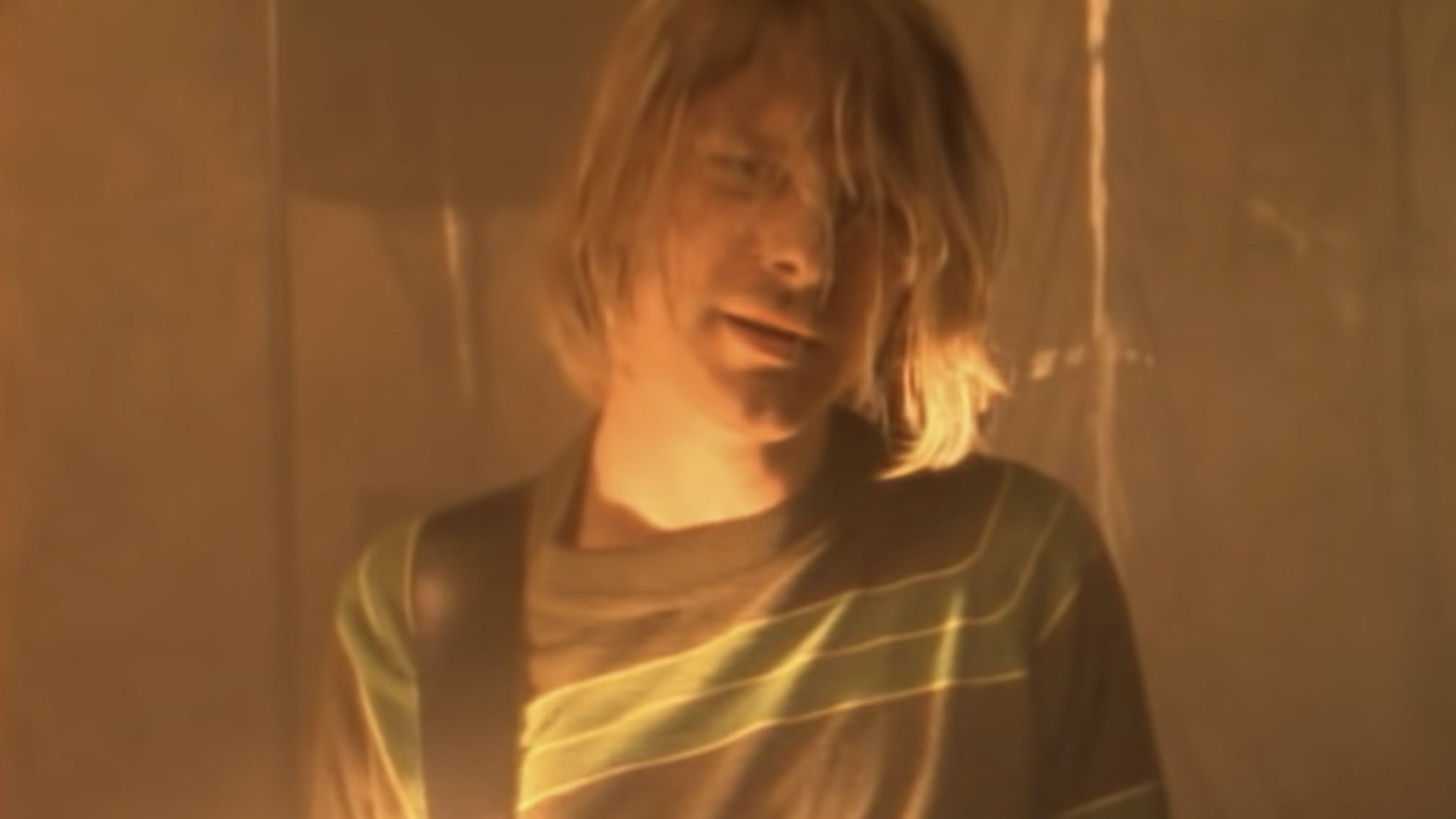 Kurt Cobain said that when he sat down to pen Smells Like Teen Spirit, the track that secured Nirvana their unexpected crossover into the mainstream, he was trying to write “the ultimate pop song”.

Kurt’s main influence had been The Pixies, telling Rolling Stone, “I connected with that band so heavily… We used their sense of dynamics, being soft and quiet and then loud and hard.” Indeed, Krist Novoselic worried that the song was too Pixies-ish, telling Kurt, “People are really going to nail us for it.”

Lyrically, Teen Spirit painted an ambivalent portrait of the indie-rock revolutionaries he’d lived alongside in Olympia, its title drawing upon memories of a night of uncivil disobedience with his friend Kathleen Hanna, who fronted Bikini Kill, her insurrectionary and brilliant riot grrl band with Tobi Vail.

Read this: Kurt On Kurt – The Nirvana icon, in his own words

Kathleen later recalled that, in August of 1990, fuelled by a bottle of Canadian Club whisky, the “angry young feminists… decided we’d do a little public service” and graffitied the exterior of a ‘Teen Pregnancy Centre’ which had just opened in town, and was, in fact, “a front for a right-wing operation telling teenage girls they’d go to hell if they had abortions”.

She wrote ‘Fake abortion clinic, everyone’ on the walls, while Kurt added, in six-foot-high red letters, ‘God is gay.’ Mission accomplished, they continued drinking, and ended up at Kurt’s apartment, where Kathleen scrawled lots of graffiti on his walls, including the words, ‘Kurt smells like teen spirit [a deodorant brand].’

“Kurt called me up six months later,” she added, “and he said, ‘Hey, do you remember that night? There’s a thing you wrote on my wall… it’s actually quite cool, and I want to use it.’”

Smells Like Teen Spirit was one of the last songs written before Nirvana travelled to California to record Nevermind, Kurt sending producer Butch Vig a cassette of its demo a week ahead of the sessions.

“It was a boombox recording of a rehearsal,” Butch remembered to Kerrang!. “Kurt introduced it by saying, ‘Hey Butch, we got some new songs for you, and we also got Dave Grohl – he’s the best drummer in the world!’ Then they clicked into Teen Spirit, with the scratchy guitar at the start. It was so fucking distorted, I could barely hear anything. But underneath the fuzz, I could hear ‘Hello, Hello’, melodies and chord structures. And even though the recording was terrible, I was super excited.”

Just before the recording session, Nirvana played through their songs at a nearby rehearsal space. “It blew me away,” Butch remembers. “It was the first time I heard Dave Grohl play live, and it sounded so amazing. I was floored when I heard it. I remember pacing around thinking, ‘Oh my God, this sounds crazy intense.’”

To give Teen Spirit proper emphasis, Butch wanted to use some studio trickery, though Kurt was typically reluctant. “I said, ‘Kurt, I want you to double-track the guitars and vocals, to really make this jump out of the speakers.’ He thought it was ‘cheating’, especially with his vocals. So I had him do multiple vocal takes, and he sang them so consistently I could run them at the same time as a double track, and it really made the song sound powerful.”