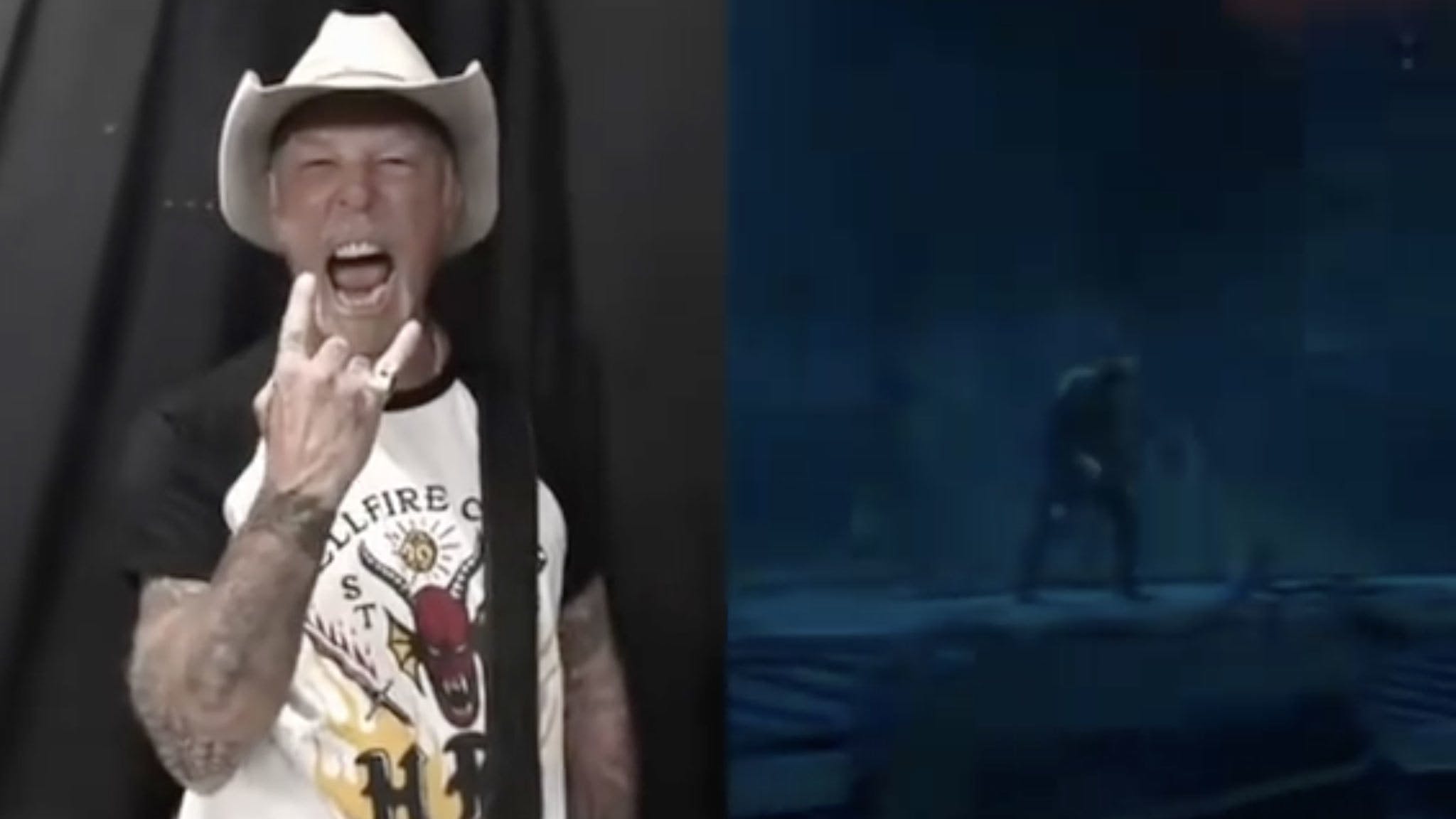 Metallica are continuing to have a blast with Master Of Puppets' inclusion in the Stranger Things 4 finale, sharing an awesome new play-along video in which the band are all wearing Hellfire Club tees.

Eddie Munson's got some very famous company in the Upside Down in this clip as James, Lars, Kirk and Rob duet with him for a performance of the 1986 metal classic. Of course, Rob's son Tye was actually involved in the original scene, with the bassist confirming that Tye had tracked extra guitar parts for the version used in Stranger Things. "That’s my boy!" he wrote. "Proud of ya Tye! Stranger Things finale shredding it on Master Of Puppets."

Check out their fun new ‘duet’ video below:

Sharing their excitement as a band, Metallica said last week that they were "blown away" by the scene.

“The way The Duffer Brothers have incorporated music into Stranger Things has always been next level, so we were beyond psyched for them to not only include Master Of Puppets in the show but to have such a pivotal scene built around it,” they wrote.

“We were all stoked to see the final result and when we did we were totally blown away... it’s so extremely well done, so much so, that some folks were able to guess the song just by seeing a few seconds of Joseph Quinn’s hands in the trailer!! How crazy cool is that?

“It’s an incredible honor to be such a big part of Eddie’s journey and to once again be keeping company with all of the other amazing artists featured in the show.”

Read this: Metallica’s Lars Ulrich: “I still have a crazy thing about music. I've never lost the sense of being a fan…”