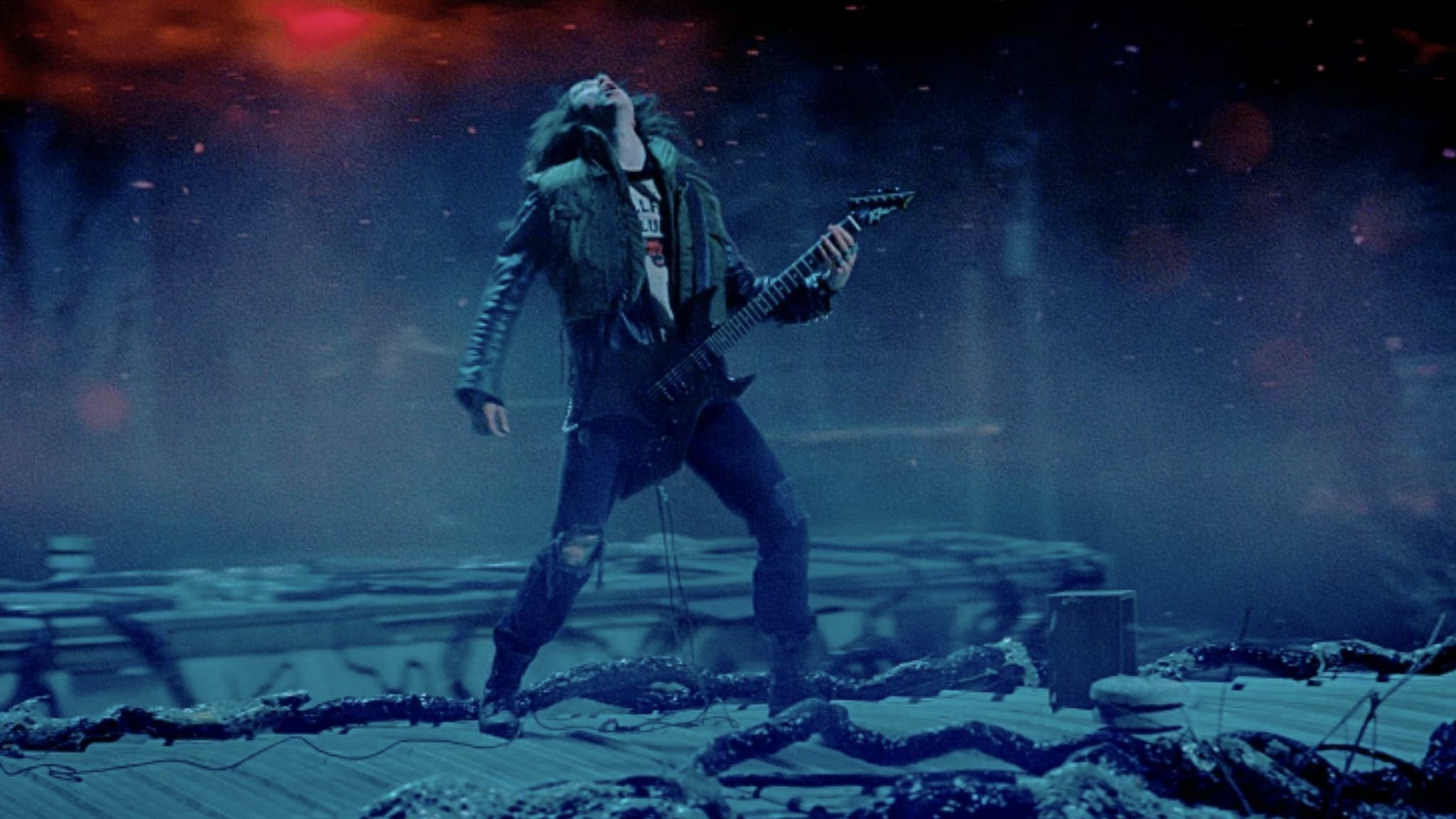 As teased in the epic trailer, the final two episodes of Stranger Things 4 gave us wonderful metalhead Eddie Munson shredding in the Upside Down – though it wasn't clear what he was playing… until now.

And the whole thing didn't disappoint, with Metallica being given their Kate Bush moment (following the incredible explosion of Running Up That Hill) as Master Of Puppets soundtracks an action-packed scene with Dustin and a whole load of Demobats, and Eddie absolutely killing the iconic riffs. It's already awesome in itself, but the band's own Rob Trujillo has also since revealed that his son Tye helped track extra guitar parts for the version used by Stranger Things! "That’s my boy!" he wrote. "Proud of ya Tye! Stranger Things finale shredding it on Master Of Puppets."

If you haven't seen the final episodes yet then look away now, but Netflix have put the whole thing online, with the caption: "Eddie Munson absolutely shredding on the guitar in the Upside Down? Consider my ticket bought." Can we get it on that, please?

In an interview with the LA Times, Joseph Quinn – who plays Eddie – revealed of his guitar playing: "I remember Skyping with the brothers before I signed on, and they weren’t giving away very much. They sent me a couple emails asking if I played guitar and I said yes I did. Then they sent the script over and I kind of imploded and went to go buy a guitar as soon as I could and started practicing."

Watch the Master Of Puppets scene below:

The full Stranger Things soundtrack is out now and features songs from Metallica, Siouxsie And The Banshees, Moby and more. It'll be available on CD on September 9, and vinyl on November 4.

Read this: “I’ve never seen anything like that since…”: The story of Metallica’s Master Of Puppets