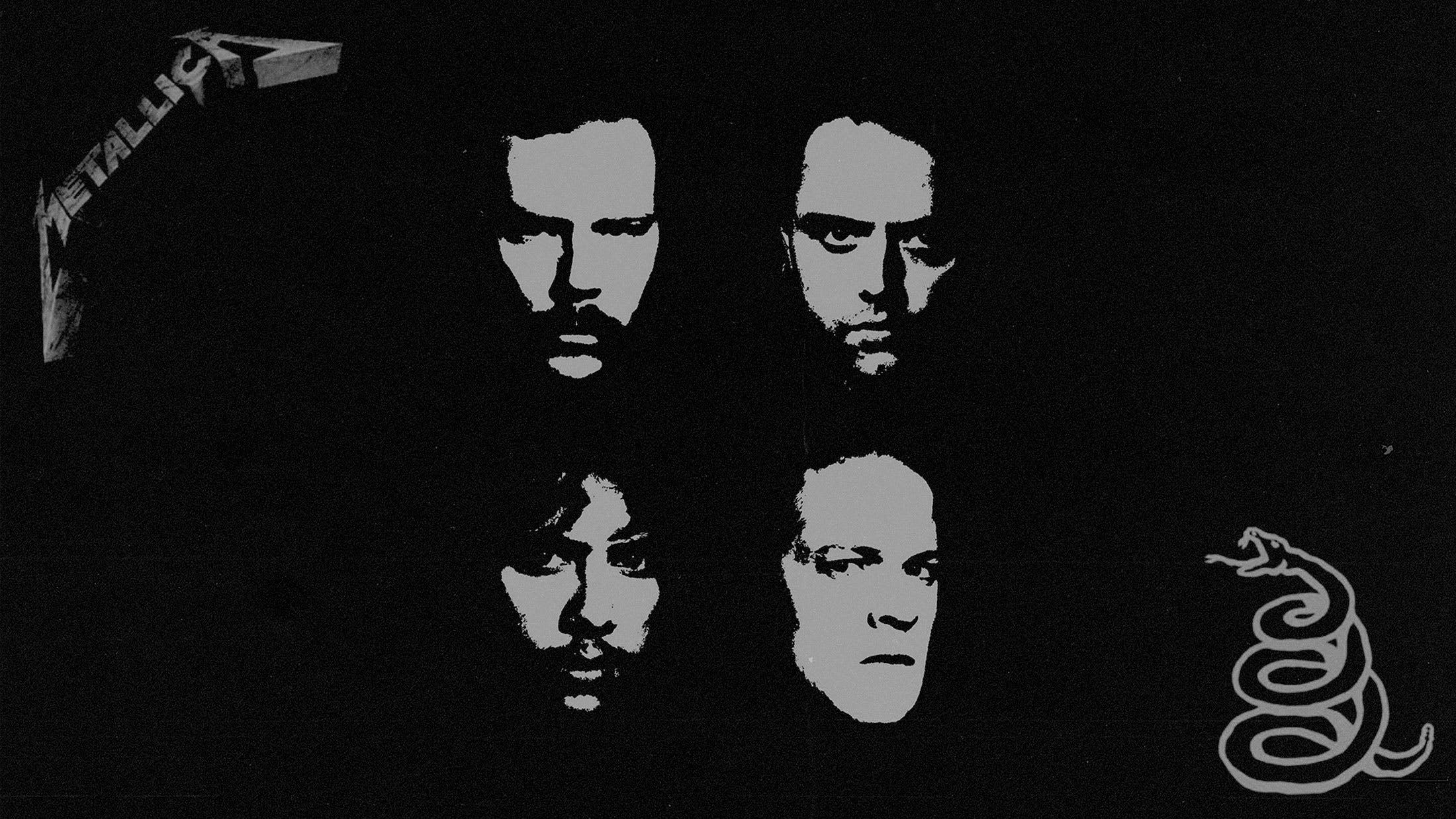 The biggest metal band of all time and the biggest metal album of all time. You probably think you know everything there possibly is to know about Metallica (band and album), but we're here to prove you wrong. Over 30 years after the thrash titans changed the game with their self-titled ‘Black Album’, we dig deep into the secrets and stories behind the record that made The Four Horsemen household names.

From the album's original title to the origins of that prayer in Enter Sandman to Kirk Hammett gambling his Porsche away, here we present 20 things you most likely didn't know about Metallica's Black Album.

The working title for Metallica’s fifth album was Married To Metal, a black-humoured reference to the fact that three members of the band – Kirk Hammett, Jason Newsted and Lars Ulrich – were getting divorced as they were in the studio making the record. “When we wanted to cheer ourselves up, we looked at each other and said, ‘You know who we’re married to? We’re married to metal!’” Lars revealed in 1995. “You don’t get much stupider than that.”

James Hetfield had earmarked Enter Sandman as a prospective Metallica song title six years before he and Lars built it up from Kirk’s Soundgarden-inspired riff. The first song written for the The Black Album, Enter Sandman was the last song to be fitted out with lyrics from James, as Lars and producer Bob Rock cautiously steered the singer away from his original theme – cot death – and encouraged him to make the subject more general.

While Papa Het was still weighing up his Enter Sandman lyrics, over Christmas 1990 Bob Rock and his teenage son Mick recorded the ‘Now I lay me down to sleep…’ prayer in the song’s midsection. Fortunately, James liked what he heard upon his return to the studio.

James Hetfield wasn’t always so open to Bob Rock’s ideas, to the extent that the producer nicknamed the singer Dr. No as he became accustomed to James shooting down his suggestions. “He'd say ‘No’ before I'd even finished the first sentence,” Bob told Rolling Stone magazine.

Kirk Hammett stole a move from Ice-T by ‘borrowing’ a guitar figure from Heart’s Nancy Wilson for the closing phase of his pre-breakdown solo on Enter Sandman. Kirk heard Nancy's Magic Man riff on Ice-T’s Power, and admitted to Guitar World, “I have to snake this!”

Bob Rock claims he taught Metallica how to de-tune their guitars from standard E tuning… a bold claim considering James Hetfield had been playing The Thing That Should Not Be in C# onstage since spring 1986. Bob can definitely take full credit, though, for getting the band’s frontman to tune down to D on Sad But True, that hulking riff making it the heaviest song on the album.

Bob Rock can also take credit for persuading Metallica to record together in one room for the first time on an album session. “It lightens things up and you get more of a vibe,” James explained in Guitar World. “It also helped that we’d played most of the songs for two months, even before we entered the studio.”

When it came to recording his vocals for Nothing Else Matters and The Unforgiven, James took inspiration not from metal singers, but from Chris Isaak, who had a huge worldwide hit in 1989 with his single Wicked Game. Bob Rock recalls him playing him an album by the Californian retro-rocker in the studio, and asking, “How do you sing like this?”

James didn’t originally intend to record Nothing Else Matters – a heartfelt love letter to his then-girlfriend Kristen Martinez, written while he was pining for her on tour – as a Metallica song. “What was it about not wanting to write a love song?” he asked rhetorically during a Classic Rock magazine interview. “That’s pretty easy. It’s a huge sign of weakness. You’re in Metallica. This is hardcore. What the fuck are you doing?”

Kirk Hammett doesn’t play on Nothing Else Matters at all.

In Metallica’s infamous 2001 Playboy interview, James admitted to not liking every song on the album. “Through The Never was a little wacky,” he said. “Don’t Tread On Me, probably not one of my favourite songs musically. Holier Than Thou was one of the sillier songs, more the old style of writing.”

Bob wanted Holier Than Thou, not Enter Sandman, to be the album’s first single, a preference which Metallica remain very keen to remind the producer of. “Every time I see the band, they always say the same thing: ‘Holier Than Thou, huh?’ They'll never let me live it down,” he admits.

Relations between Metallica and their producer were so strained at times that Bob told the quartet to their faces that he would never work with them again. “They felt the same about me,” he admitted. Lars remembers his time at One By One being “pure hell”: as a result the drummer didn’t speak to Bob for a full year after the studio sessions wrapped. After civility was restored, the Canadian ended up producing three more albums with the band: Load, Re-Load and St. Anger, on which he also played bass.

The none-more-black album artwork was a deliberate attempt to position Metallica in an entirely separate field from their cartoonish contemporaries. James neatly summed up the band’s intentions when he said, “Here it is, black sleeve, black logo, fuck you.”

Nirvana frontman Kurt Cobain was one of the first people to hear The Black Album in its entirety… alongside thousands of others, admittedly. On August 3, 1991, just four days after the release of Enter Sandman, he attended Metallica’s grand world premiere listening party at New York’s iconic Madison Square Garden. Lars was often fond of joking that the album played the legendary venue before the band did.

The Japanese edition of the album features 13, not 12, songs, as the group tacked on a cover of Anti-Nowhere League’s potty-mouthed So What? to the end of the running order, after The Struggle Within.

Metallica were in Budapest on the day their management company, Q Prime, faxed through the news that their fifth album had become their first to top the Billboard 200 chart. Reading the fax in his hotel room, Lars took the news in his stride. “You think one day some fucker’s gonna tell you, ‘You have a Number One record in America’, and the whole world will ejaculate," he recalled. “It was just another fucking fax from the office. It's just really difficult to get excited about it.”

The success of the album cost Kirk a Porsche. When Metallica’s tour manager predicted that their self-titled collection would sell six million by a certain date, the guitarist bet his car that it wouldn’t. “And guess what? It happened,” Kirk explained to Gibson TV. “I had to give him my Porsche 911 Carrera.”

Metallica didn’t play one sixth of the album live until spring 2012. The audience at the group's May 7 show in Prague were the first in the world to hear the quartet perform My Friend Of Misery and The Struggle Within, some 21 years after they were released, this being the opening date on Metallica’s European tour playing The Black Album in its entirety.

On August 1, 2021, the music video for mega-ballad Nothing Else Matters hit one billion views on YouTube, becoming the first Metallica video to do so.