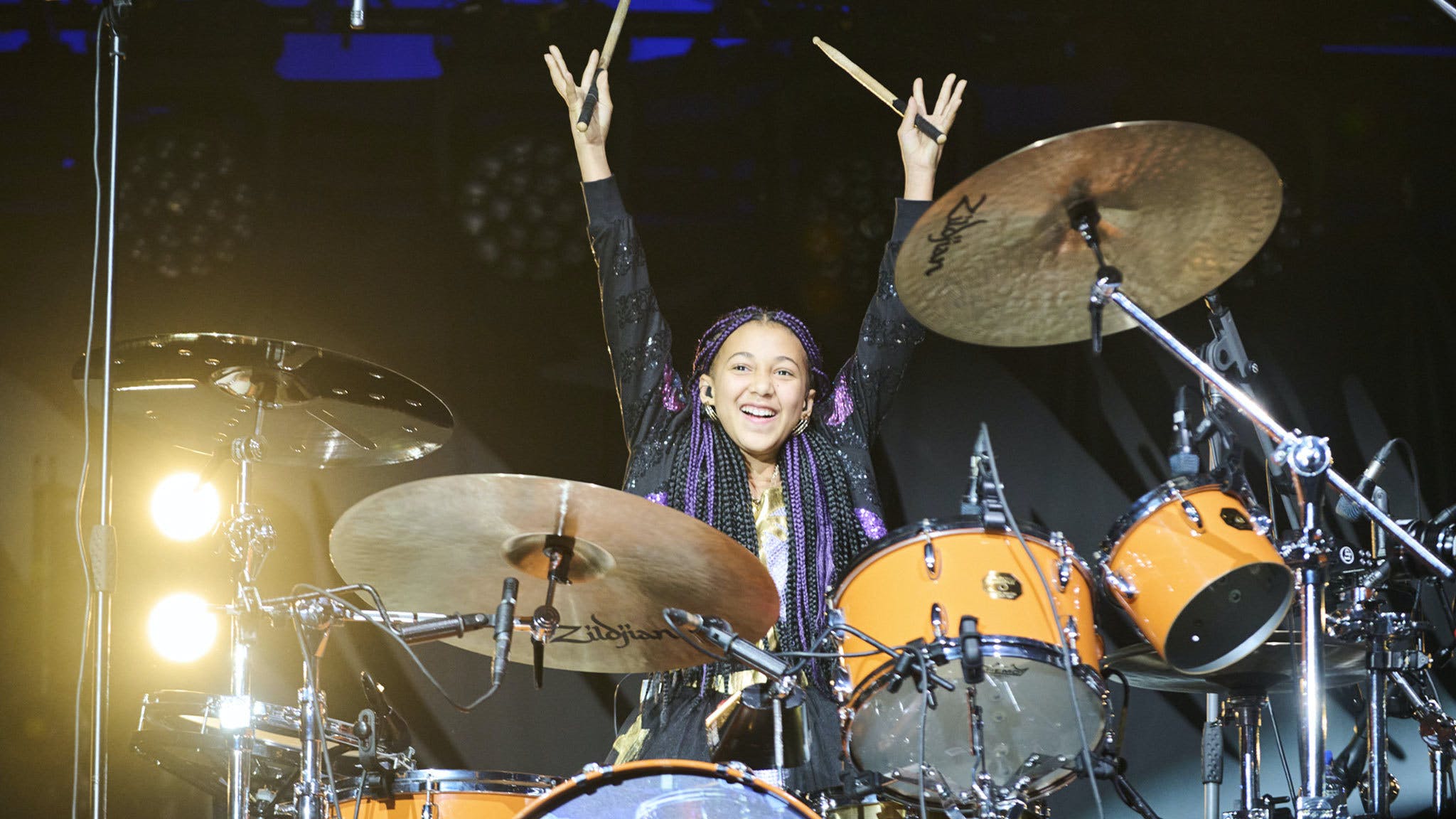 While the Taylor Hawkins Tribute Concert was livestreamed and is available on-demand, one of the youngest stars on the line-up, 12-year-old Nandi Bushell, has also shared her own footage from her performance.

After finally performing live with Foo Fighters in August last year, Dave Grohl and co. recruited the young drum star once more to help perform Learn To Fly with the band at Wembley Stadium on Saturday night. The frontman talked about their iconic lockdown drum battle and then introduced Nandi as “the coolest fucking drummer in the world”, as well as enthusing that, “She’s the biggest rock star on the bill – I know we got Queen and Rush and all that shit, but we got Nandi tonight.”

Sharing her Learn To Fly video, in the YouTube caption Nandi wrote afterwards: “It was the greatest honour of my life to have been asked to play at the Taylor Hawkins Tribute Show at Wembley. Thank you Dave, Rami, Pat, Nate and Chris for inviting me. I am so proud to have been a part of this show for Taylor!”

On Twitter, meanwhile, she added that, “I gave it everything I had” – and you can really see that in the video below.

Elsewhere on the night, fellow young drummer Shane Hawkins – son of Taylor – reduced everyone to tears with his jaw-droppingly powerful performance of My Hero.