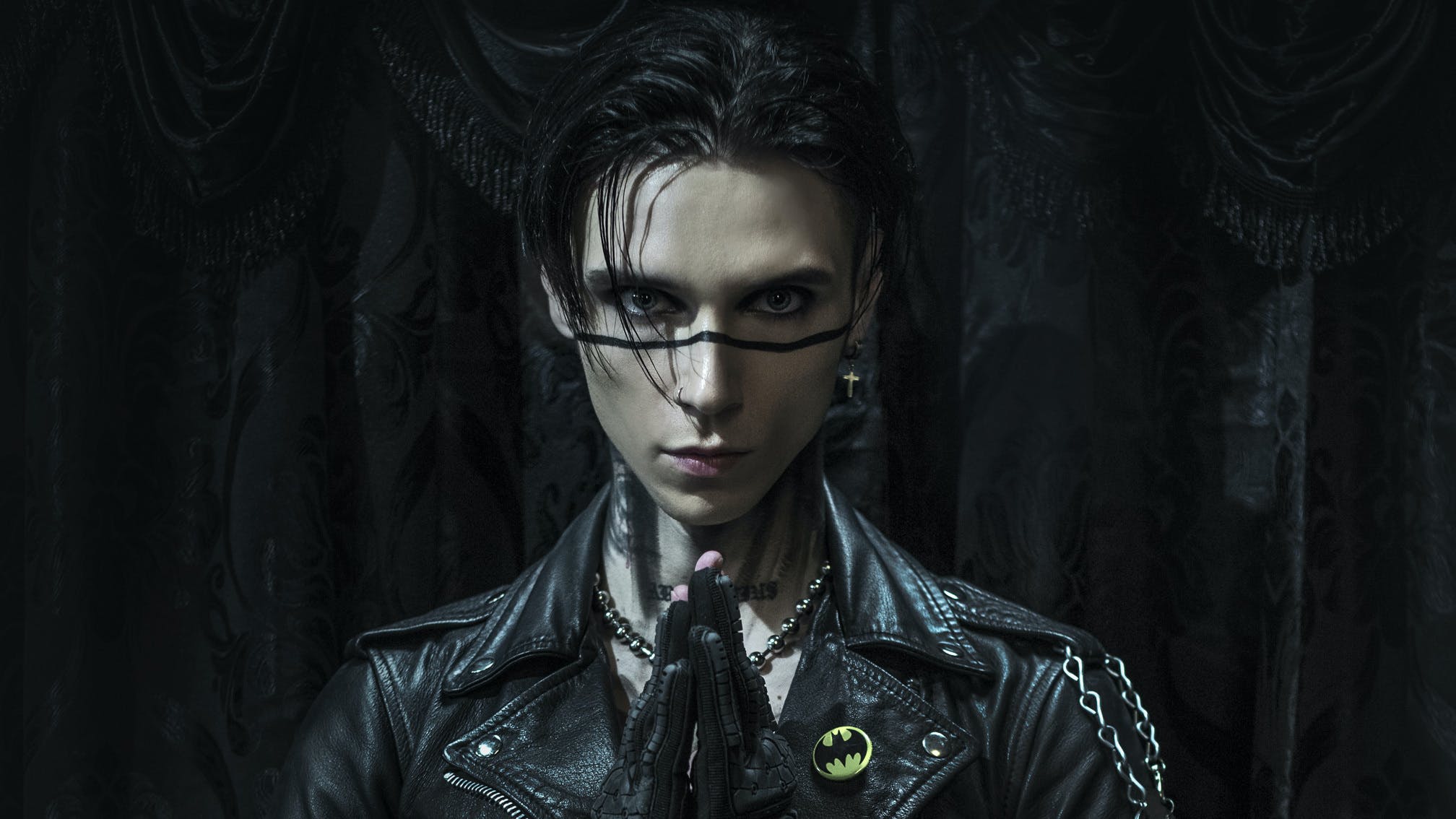 This article was originally published in 2020.

Ten years ago, Black Veil Brides released their debut album We Stitch These Wounds. To celebrate the anniversary, the band have comprehensively re-recorded the whole thing – addressing issues with the sound and production that have niggled them for almost a decade. “Maybe within a year of doing the record and probably before then if I’m honest, we knew the record didn’t sound the way we wanted it to,” shrugs frontman Andy Biersack today. “A lot of that is just by virtue of the fact that we didn’t have much of a budget to speak of and we didn’t have adequate time. It’s not uncommon for a band’s first record and it’s not meant to be a sob story. It’s just the way it was.”

A flawed debut album is something he felt he could revisit but is there anything else Andy wishes he’d done differently? We asked the singer what advice or words of wisdom he’d send to his younger self if he had the chance. This is what Andy Biersack had to say to Andy Sixx…

A Letter To Andy Biersack

So what advice can I give you? There are things I could say, like maybe instead of wasting most of the show yelling at people you should play more songs. I could give that advice, but it might have changed the trajectory of my career and I don’t know if I would be here where I am now. I’m a very different person now than I was then but I’ve enjoyed the ride to get here. You’re always looking for points where you go, ‘Oh I wish we’d done this’ or ‘That song wasn’t so good’ but it’s like the butterfly effect. If just one thing changed, you don’t know if you would end up at the place you were at. There are choices that you look back on but if you get through those things and are fortunate enough to end up in a really good place, you’re usually the better for it.

All that said, I think I should tell you to look after yourself a little bit better. By the time we hit about 2015 I was pretty much in the worst shape – not just mentally but physically as well. I was getting injuries onstage and not treating them. If I broke a bone I would just drink, so by the time I was 24 years old I could barely move my legs. I was just a mess and we’d be on tour for nine months of the year and I’d lose track of where I was and how I was.

In the last several years the big thing I’ve tried to do is reconnect with joys I had as a kid, whether that’s spending more of my time reading, writing, painting and drawing or being more interested in acting and sports and all the things I liked when I was younger. So the advice I’d give to my younger self is don’t lose the parts of you that make you happy just to try and fit in with other people. That’s the truth of the matter because I’ve never really fit in with other people, I’ve never been any good socially and a lot of the early part of the band was me wanting to fit in and be be cool and I wanted to be the one in charge. You’re going to be happy if you just remain true to who you are.

When I was young the goal wasn’t stardom, but getting to do the fun and cool things I’d seen my heroes do onstage or in magazines or videos. I didn’t give a shit about partying or drinking or drugs when I was younger. And then I found that by being on tour all the time, those opportunities to get drunk or do drugs and get fucked up were just constantly presented all the time. And I was exhausted, I’ve struggled with anxiety and OCD and depression and different things that I’ve had my whole life. I started touring when I was 18 years old and by the time I was hitting British shores for the first time I was 20 and everybody’s saying, ‘Hey, you’re a big rock star now, here’s everything you want’. When you’re young you don’t really having any life experience but then you’re on tour and everybody’s telling you who you should be and how you should be. So the warning here is just how easy it is to fall prey to that kind of stuff at that age.

One thing to prepare for is the fact that this issue with the ‘haters’ will become something that is blown out of proportion but also a little bit of a self-fulfilling prophecy. Magazines would call us the most hated band in the world and it’s very hard then, as a 19-year-old with a chip on my shoulder not to go, ‘These people hate us, let’s fuck them up.’ It’s a snake eating its tail where every time I go to a festival I’m expecting people to throw things at me and people throw things at me because I’m expecting them to.

My whole life people have told me that I wasn’t worth shit and people have made fun of me or didn’t think I had talent or skill or the ability to do anything. So that chip – that mountain rock – on my shoulder has been there since I was a young teenager. It’s not a situation where we were disingenuous or playing the victims or the outcasts, that’s genuinely how we were. But it grew the connection between the audience and it pushed me to get better. The advice could be, ‘Hey don’t worry, things will get better’ but the truth is that at the time I think you’ll need that. You’ll need the stakes to be there, for people to wish you to fail or think you won’t succeed.

The final advice I’d give to you, or anyone that is young and tenacious, is just to continue to believe. I never struggled with the belief that things would happen. If you assume that you aren’t going to succeed, what the hell is the point in the first place? But you still have those mornings where you wake up and question it. Sticking to your guns and knowing who you are is the most important thing you can do. Believe in your artistic choices and follow them to the nth degree. Because if you’re not your biggest fan, I don’t know who else would be.

Black Veil Brides' Re-Stitch These Wounds is out now – get your copy here.