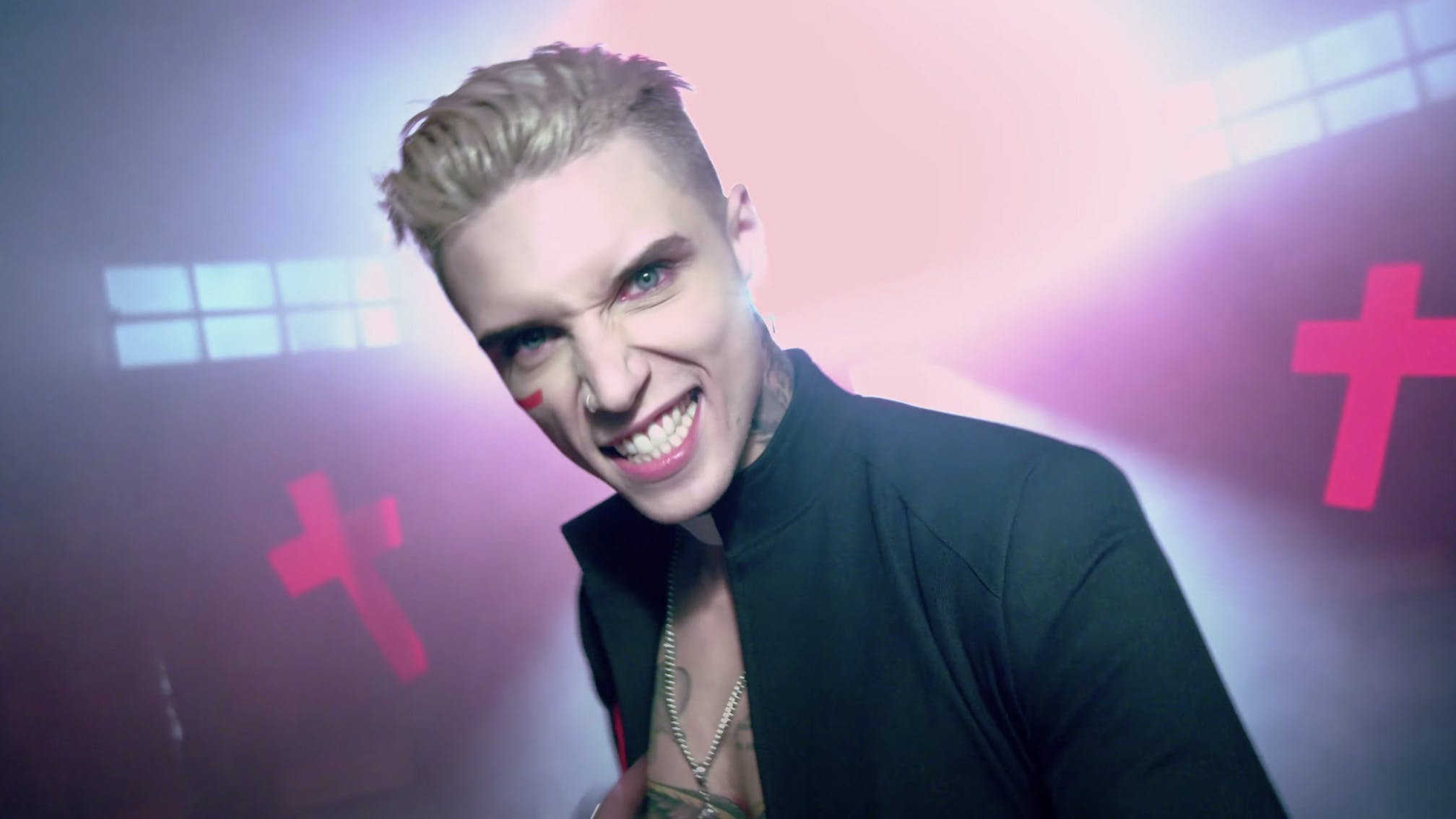 It's here! After teasing new music at the start of the month, Black Veil Brides have just unveiled the epic Scarlet Cross, taken from their upcoming 2021 album The Phantom Tomorrow.

“We are incredibly excited to share not only this new song Scarlet Cross, but also our vision for the world of The Phantom Tomorrow and its characters,” the band say. “We are in the final stages of writing for this record and have begun work on our forthcoming The Phantom Tomorrow graphic novel. We intend to continue to share elements of the story in the coming months and can’t wait for everyone to see what we have been working on!”

Speaking exclusively to Kerrang! about the next chapter of BVB, frontman Andy Biersack revealed that Scarlet Cross is a “very” good indication of what else is to come

“Over the years we got away from the heavy-riff-big-chorus dynamic, which is what makes Black Veil Brides,” he said. “Our previous full-length record [2018’s Vale] was very soft, with a lot of shine to it, so the goal [this time] was to find a way to make it grand, with a lot of string elements and everything, but still feel like there’s an edge built from the riff.”

“I don’t love the term ‘concept record’, but [The Phantom Tomorrow] is a concept record,” Andy revealed. “There are themes and ideas and moments that are hugely different from one moment to the next, but the goal at the end of the day, the heart of everything, is to write a heavy rock record and build out everything from there, as opposed to writing a pop record and putting riffs over it.”

Read this: How we wrote In The End, by Black Veil Brides’ Andy Biersack