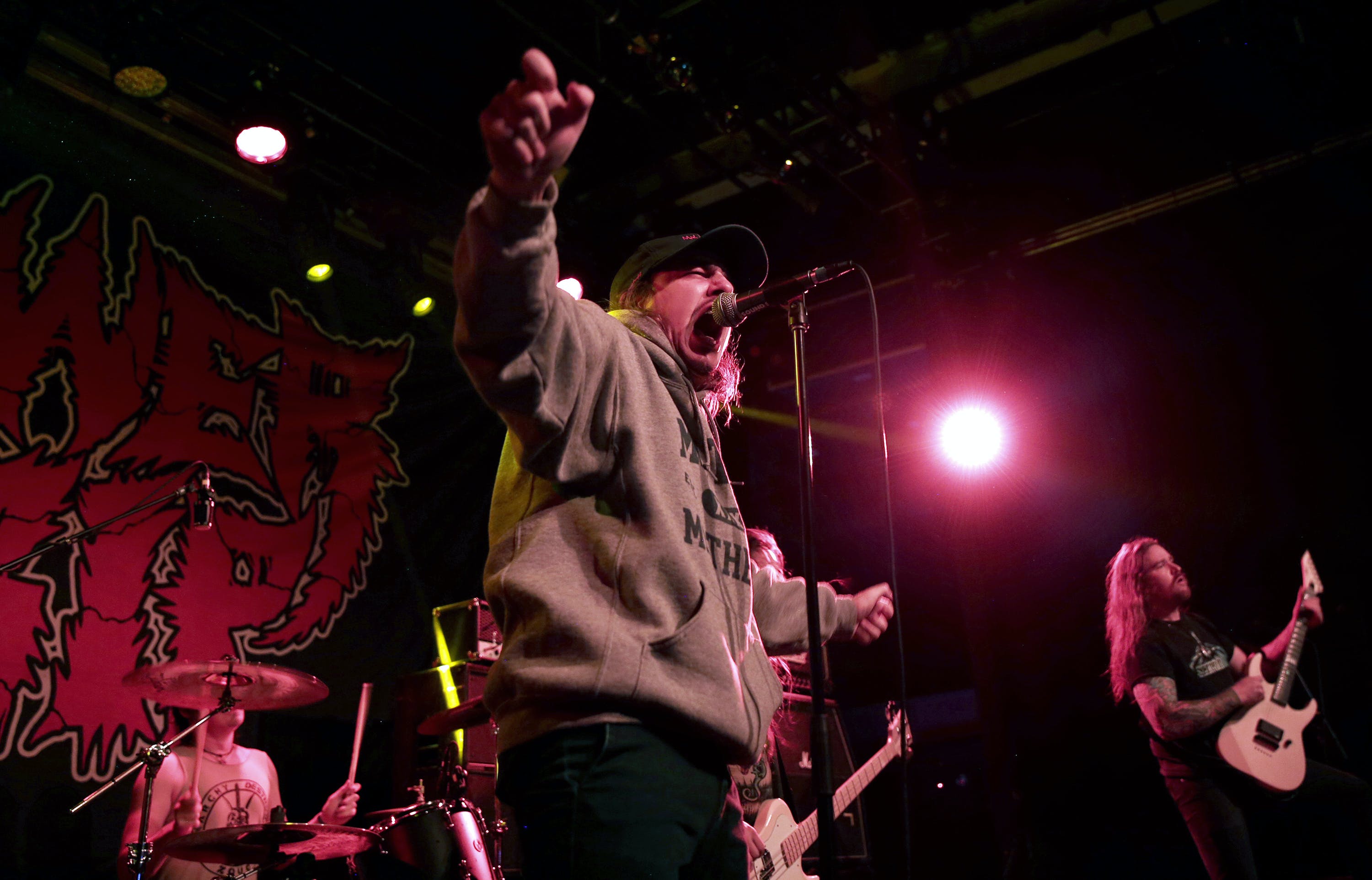 After tributes poured in from everyone in the rock and metal community following the tragic passing of Riley Gale, the devastating news went on to reach a wider audience as Power Trip's incredible frontman was remembered on Fox News yesterday (August 26).

Host Greg Gutfeld – who was wearing an awesome Power Trip T-shirt gifted by the vocalist – spoke of how his friendship developed with Riley over the years during the minute-plus-long tribute. He also said that the 34-year-old had "died in his sleep", despite no cause of death being announced in Power Trip's official statement.

"I became friends with Riley in the most unlikely realm: Twitter," said Greg (transcribed via Blabbermouth). "I played two of his songs right here on The Five from his amazing record Nightmare Logic [released in 2017]. If you love metal, you'll dig that. And you should get it and make that album go Number One.

"The band's Twitter reaction after I played their songs? 'Cease and desist.' But Riley wanted to talk about it, so I called him up. The phone call lasted two and a half hours. We laughed at how some people think it's wrong for people who disagree to be friends. From that moment on, that's what we became: friends. Good friends. He gave me this damn shirt.

"We met in Texas at a bar with his great dad, and both came with me to my book signing, where Riley actually helped unpack my books and hand them out. It was priceless. It was a blast."

Greg continued of their relationship throughout the COVID-19 crisis: "During this pandemic, we talked often and a lot about everything under the sun. It was clear this period was hitting him pretty hard, so we helped each other out. I wish I had done more, frankly. I'm going to miss him.

"Riley Gale – rest in rock, in peace. If you wanna make a donation in his name, check out Dallas Hope Charities."

Read this: A tribute to Power Trip's Riley Gale: The people's champion of metal