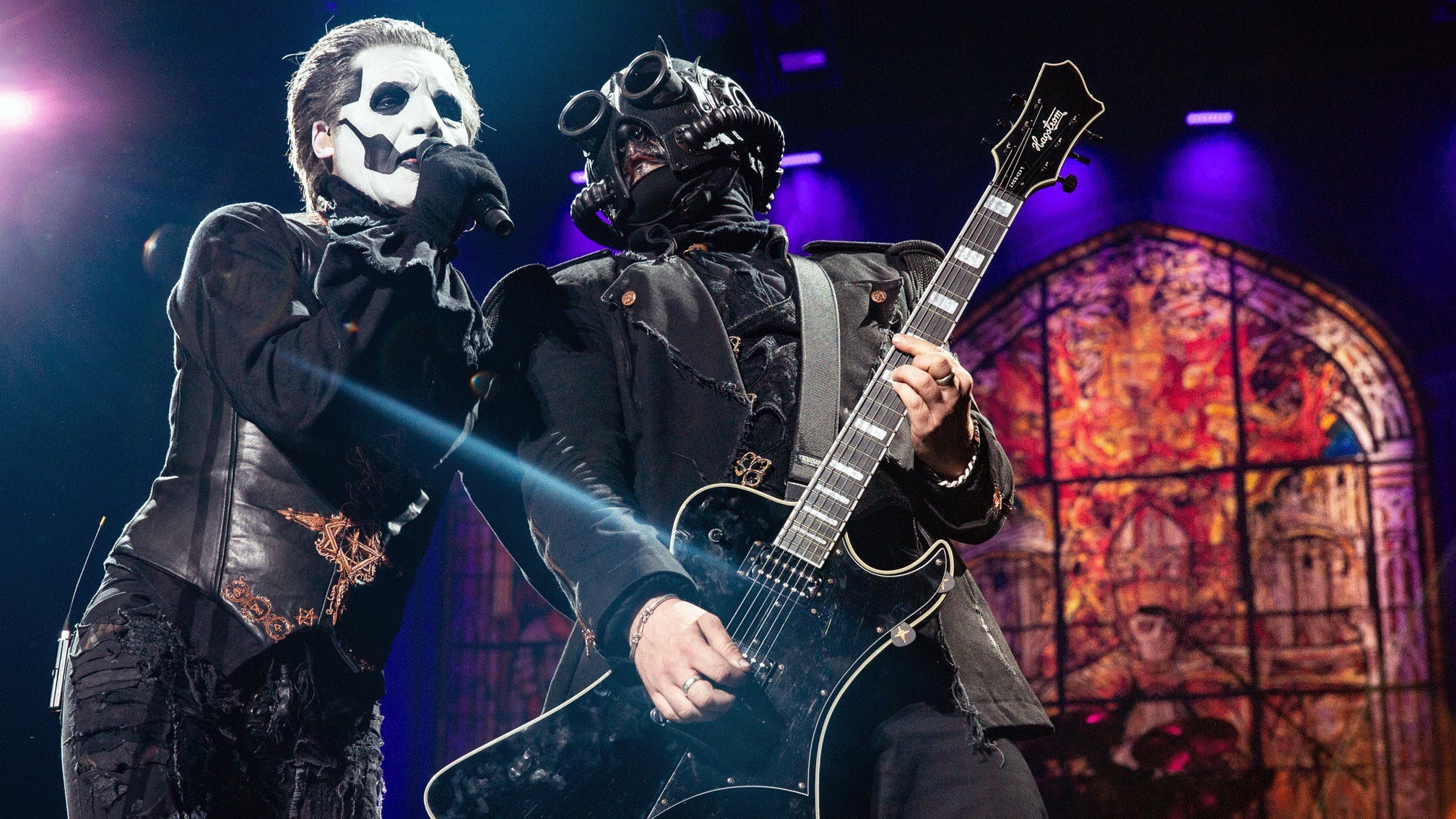 If you've caught Ghost on their current UK tour (or read our review of the show from London's O2), in-between all the fabulous costume changes you'll have likely noticed that the Nameless Ghouls are sporting a rather interesting new look: as we described in our write-up, they're now wearing 'Tusken Raider-meets-steampunk helmets'.

And it turns out the Star Wars comparison was very on the money, with mainman Tobias Forge telling Revolver that he did indeed draw inspiration from a galaxy far, far away for the get-up (among other things).

“I wanted a sort of militant look, but any time you have people in uniform and in plural, you end up with a slight military vibe,” Tobias explains. “But I wanted to progress that from cult members to more like an army. So you have a little bit of 30s European there, and also old air-pilot helmets.

“As a Star Wars fan, I’ve always been into the Tusken Raiders and their sort of lifeless look, so that was also part of it.”

In our O2 review, K! said that Ghost are "a band pushing the boundaries of what a metal show should be by adding in scrupulous amounts of fun. Their trajectory from here on out really knows no bounds."

‘Jesus is coming’: Ghost are up to something

What are Ghost planning? They’ve just unveiled a new billboard in Hollywood that suggests that ‘Jesus is coming’…

Ghost’s Tobias Forge wants to ensure that he doesn’t end up “repeating” himself when the time comes to make the follow-up to this year’s Impera album.