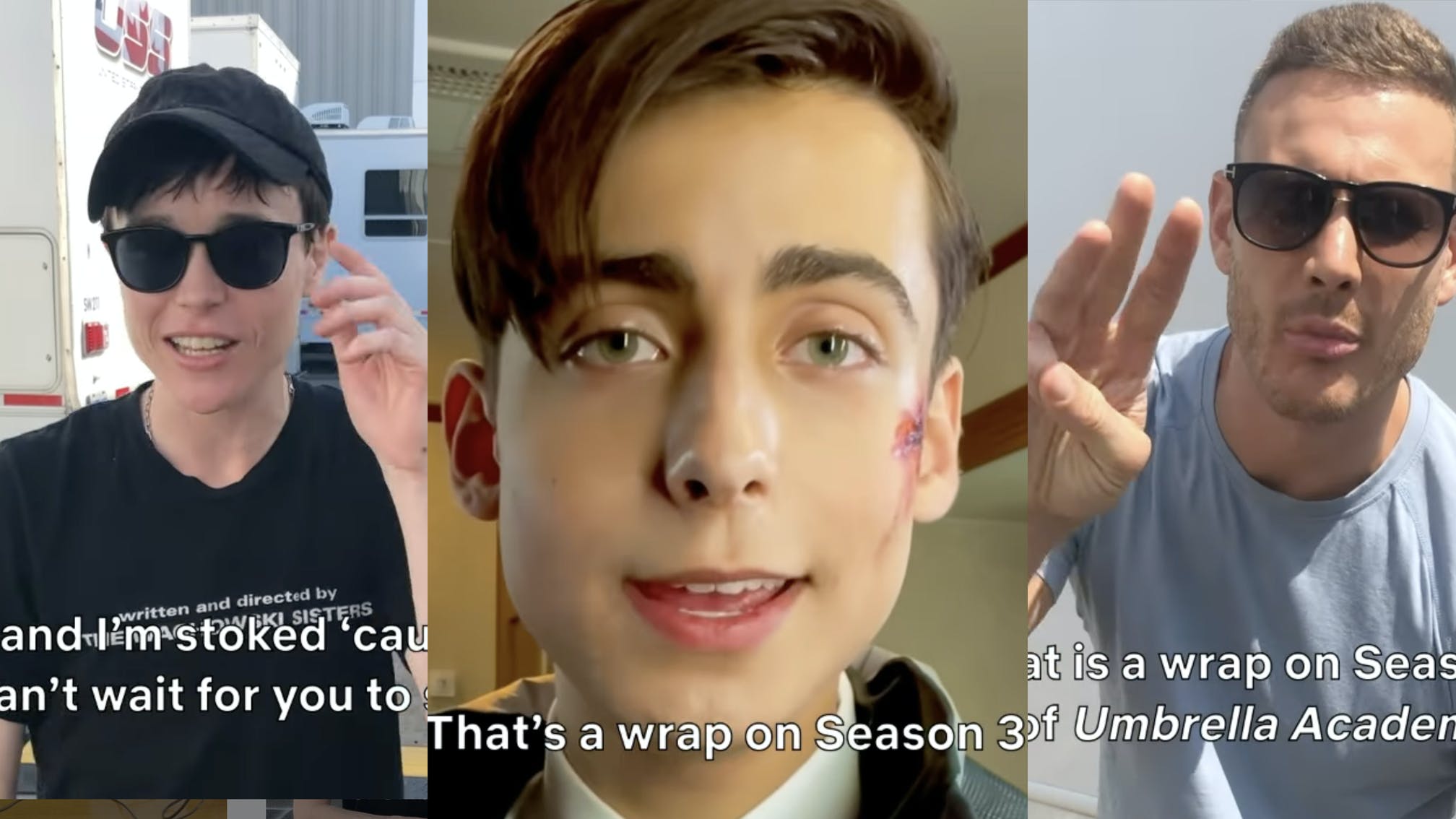 Showrunner Steve Blackman has shared that filming for The Umbrella Academy season 3 is all done!

Various cast members including Elliott Page, Tom Hopper, Aidan Gallagher, Emmy Raver-Lampman and Robert Sheehan were all filmed on Steve's Instagram announcing the news, with the caption reading: "That’s a wrap on season 3 of the Umbrella Academy!!! Thanks to an amazing cast and crew!" (Plus several heart and umbrella emojis, obvs.)

Excitingly, Emmy also teased in the clip: "I don’t think the world’s ready for this… I think it’s our best season yet."

Read this: Poppy: State Of Flux

Previously, Steve said during Netflix Geeked Week (via Games Radar) that season 3 of The Umbrella Academy – the original series of which is adapted from Gerard Way's comic book series of the same name – is "wilder, bigger, zanier" than ever before.

While we await more info, enjoy this brief update from the cast:

Read this: 18 rock and metal songs that never fail to cheer people up