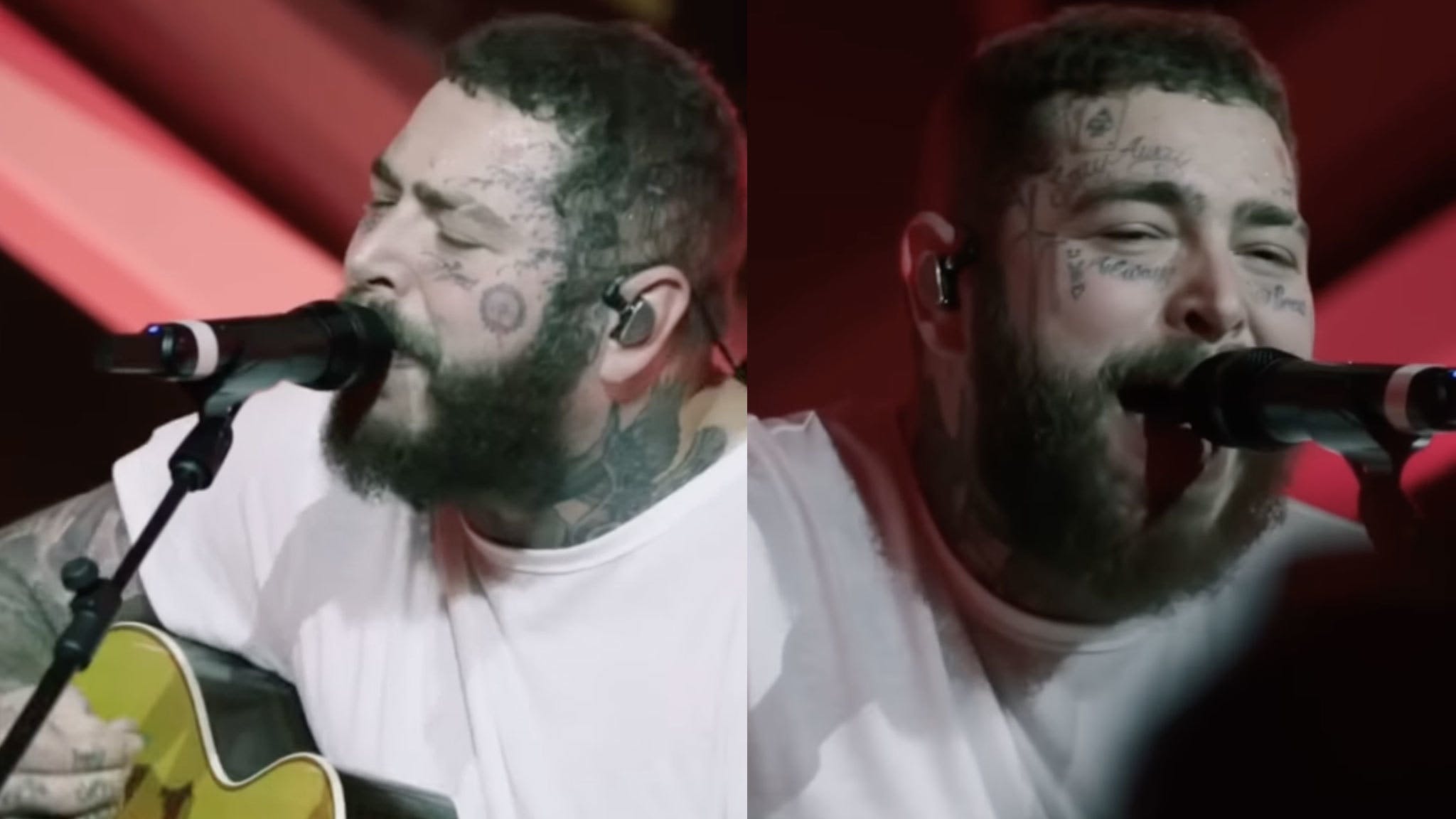 After covering Better Man on Howard Stern back in June, Post Malone has just given another Pearl Jam song his own Posty spin.

The musician has shared a new video of him performing the song Last Kiss in Rome this year – which of course is originally a 1961 track by Wayne Cochran, but was later popularised by Pearl Jam on 1999 charity album No Boundaries (raising around $10 million for Kosovo relief) and particularly 2003 rarities record Lost Dogs.

Post has shared a snippet of his excellent rendition, and promises that the full Rome show where it was captured will be “coming soon”. On Howard Stern, he revealed a couple of months back that it was his brother who “introduced me to Pearl Jam in a big fucking way”.

And listen to the PJ version, just because it’s so damn good.

Pearl Jam’s Eddie Vedder covered classic single One as a tribute to 2022 Kennedy Center Honorees U2.

Pearl Jam have made “a good start” on their next album

Stone Gossard says Pearl Jam are making progress on the follow-up to 2020’s Gigaton… but he guesses “it’s gonna be 2024 before the record comes out”.

After Eddie Vedder’s voice was damaged due to “heat, dust and smoke from the fires” in Paris, Pearl Jam have been forced to cancel a pair of European gigs.

Pearl Jam are working on a new album: “We’re on our way”

“We’ve recorded some songs…” Stone Gossard has confirmed that Pearl Jam have officially started work on the follow-up to 2020’s Gigaton.

Pearl Jam have confirmed who will be joining them at their American Express presents BST Hyde Park double-header in July!