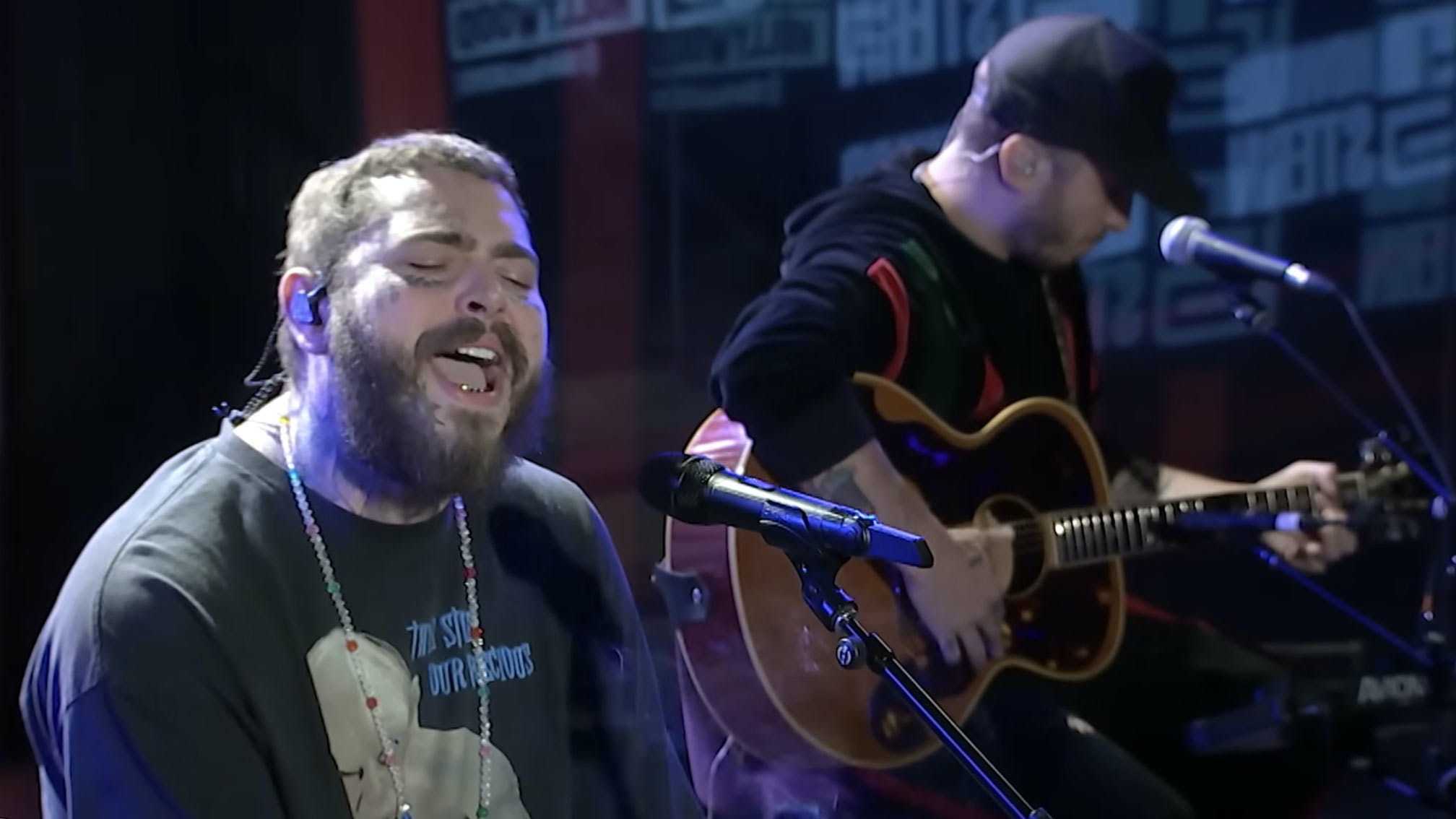 Following the interview segment of his appearance going live yesterday (in which he revealed he got permission from Frances Bean Cobain before doing his amazing 2020 Nirvana livestream), Post's performance has just gone online – and it includes an emotional cover of Pearl Jam’s beloved 1994 Vitalogy track Better Man.

Before the cover, the musician explains why he picked Better Man in particular: “I remember my brother Jordan, he was a Marine, and he was stationed in Hawaii. And we went to go see him. I was 12, 13, maybe. And he played this song, and we were driving around. This was on an island you could drive around in a couple of hours. And he played it, and I guess I’ve just been thinking about that a lot lately.”

Post adds that his brother “introduced me to Pearl Jam in a big fucking way”, and this song “makes me fucking cry”.

Pearl Jam’s Eddie Vedder covered classic single One as a tribute to 2022 Kennedy Center Honorees U2.

Pearl Jam have made “a good start” on their next album

Stone Gossard says Pearl Jam are making progress on the follow-up to 2020’s Gigaton… but he guesses “it’s gonna be 2024 before the record comes out”.

After Eddie Vedder’s voice was damaged due to “heat, dust and smoke from the fires” in Paris, Pearl Jam have been forced to cancel a pair of European gigs.

Pearl Jam are working on a new album: “We’re on our way”

“We’ve recorded some songs…” Stone Gossard has confirmed that Pearl Jam have officially started work on the follow-up to 2020’s Gigaton.

Pearl Jam have confirmed who will be joining them at their American Express presents BST Hyde Park double-header in July!