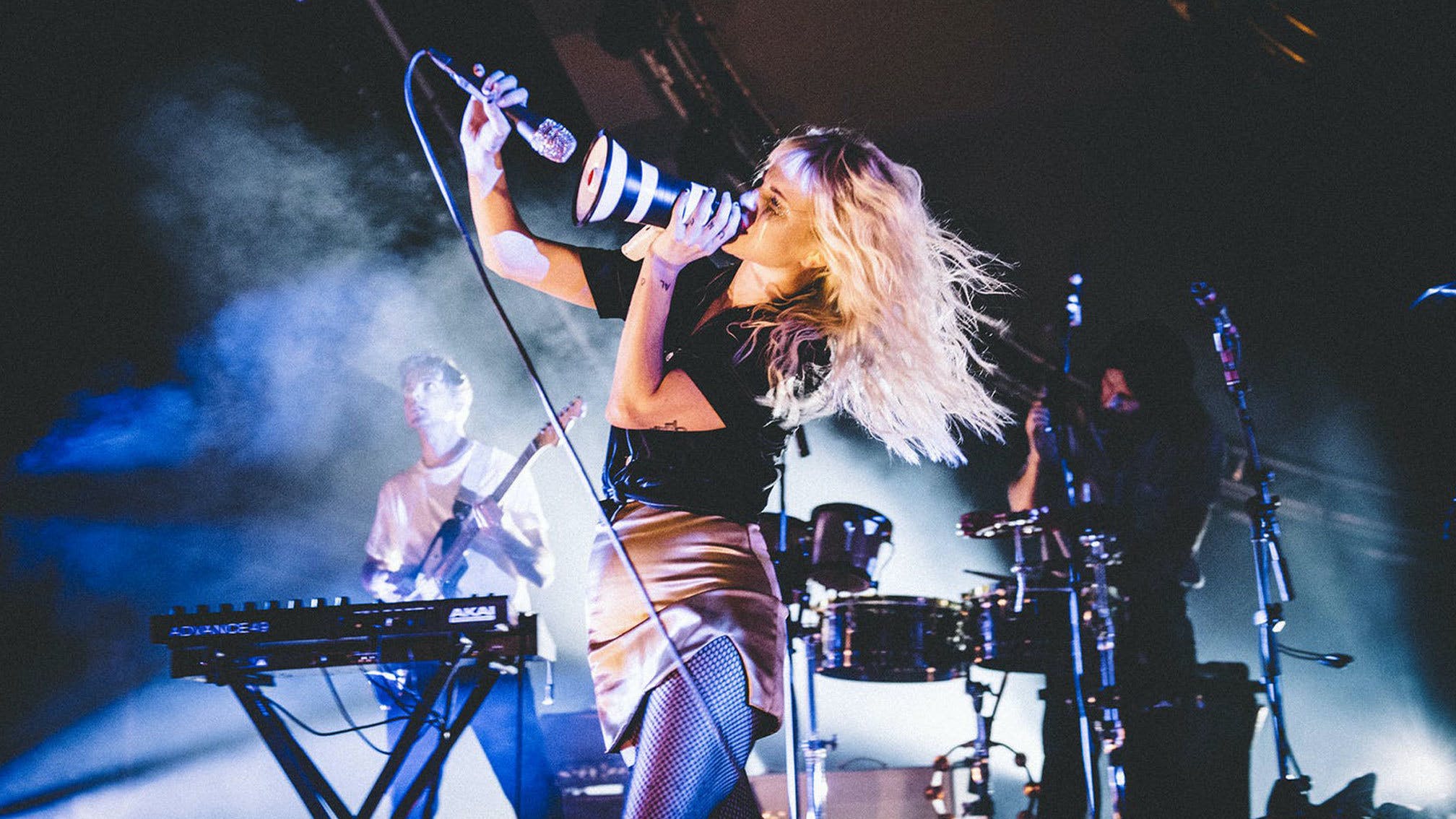 Seen the When We Were Young line-up? Of course you have. Everyone has. It’s all anyone’s talking about. It looks like a club night advert, except it’s a gig where you get fistfuls of Warped Tour grandness from the golden age of emo and pop-punk. And Knocked Loose.

Bang! My Chem. Bang! Bring Me The Horizon. Kerblammo! Paramore. If you’re going to do this, you may as well do it like this. And while we figure out the absolutely bonkers mechanics of how all this is going to work in a single day, and question why it’s in Vegas, instead of paying true tribute to Warped Tour and being in a massive car park a good 90-minute drive out of the nearest city, it’s also worth noting just how many comebacks and resurrections are happening at the fest. Or, at least, being underlined.

My Chem have been back for ages, even if COVID has put paid to them actually doing anything. But there’s a hell of a lot of other stuff there that, as well as being nostalgia-tastic, you won’t have seen – of even have had the chance to see – for years. See what we mean…?

Come October, it will have been over four years since Paramore played a gig. September 7, 2018, since you asked. So, it’ll be nice to have them back, especially as it looks like they’re properly gearing up for a massive return. New music? Surely. The band have been hinting they’re up to something for a while, and recently revealed to Rolling Stone they’re back in the studio. "We wrote and tracked something we loved and it actually surprised us,” said Hayley Williams. “We kept joking it was all downhill from that point, but thank God we’ve been surprised a lot throughout this whole thing. I’m always waiting for the moment for us to know we’re onto something new and we’re not just rehashing the same shit. It was Ain’t It Fun for our self-titled record, and Hard Times or Told You So for After Laughter.

"It’s not about it feeling like a hit so much as it’s a scary, exciting feeling that you’re treading uncharted waters. It keeps you curious. We got to feel that feeling early on this time."

Most exciting comeback of 2022? Unless we get the return of ‘European tours that happen on their first attempt at scheduling’, here’s your winner.

If you knew there was a massive fest like this coming, you’d reasonably put a stake on Paramore, since they’re already putting the car in gear. Avril, too. You didn’t think of Kittie. And what a pleasant surprise it was to see them on the poster. Particularly as, following the tragic death of bassist Trish Doan in 2017, the band had latterly appeared to be over, saying in 2019 that it didn’t feel quite right.

But, 11 years after their last album, I’ve Failed You, they’re here for a hurrah. How final that’ll be remains to be seen, but it’s cause for celebration, nonetheless.

“Where would I be without Kittie?” mused Svalbard singer/guitarist Serena Cherry to Kerrang! a couple of years ago, in a piece in which she poured praise on the band. “Maybe I wouldn’t be touring the world with my band. Maybe I wouldn’t have released my second album last year. Maybe I would never have picked up a guitar. You can never underestimate the impact of such powerful female inspiration.”

Get your spiked collars ready.

As veterans of Warped Tour past, Anberlin will probably have some kind of Vietnam-ish flashback when they arrive onsite. During them days in the ’00s, they found Billboard chart success from their New Surrender and Dark Is The Way, Light Is A Place albums, shoring up a good name for themselves before splitting in 2014. For the past four years, the band have started to reactivate, playing shows and whatnot, and have said they’re looking at new music. Perfect timing, then, to launchpad off this. Providing they don’t split up again or anything daft.

Not quite as missing-in-action as some on the bill – her new album Love Sux is out on February 26 – Avril's turn is nevertheless a full house for delighted ‘whoa shit!’ surprise-react GIFs. In some ways, the Canadian pop-punk queen was never quite part of the party back in the day. In others, she had soundtrack-to-every-club-night banger sk8r boi, so shut up. Thus, you almost couldn’t have something so fuelled by nostalgia as this without her. She was there in 2002, long before half the bands even formed, and so, being the elder queen of the whole thing, Avril wins.

Story Of The Year

Be honest: you thought Story Of The Year were long-gone and their booking required ritual necromancy in a dead language, didn’t you? Nope, but the Missouri post-hardcore crew haven’t been seen round much anyway. One of the less celebrated / guaranteed to be included on emo night playlists artists of the early 2000s, you should still not forget that their 2003 debut album Page Avenue went on to eventually sell a cool million, and contained bona fide bangers in Until The Day I Die and Anthem Of Our Dying Day.

The Starting Line last released a full album as recently as 15 years ago. And for the past decade-ish, they’ve more or less stuck to a solid regime of playing about three gigs a year, mostly at Christmas and mostly in their hometown. The Pennsylvania pop-punks aren’t dead, then, but they do a very good impression. Again, though, they also perfectly slot into the Warped nostalgia banter of When We Were Young. The chances of them breaking their run of not releasing more than the odd EP every few years and this being the propagator for a fully grown comeback are invisible, but they’re also one of the bands on the day who’ll have the strongest time machine.