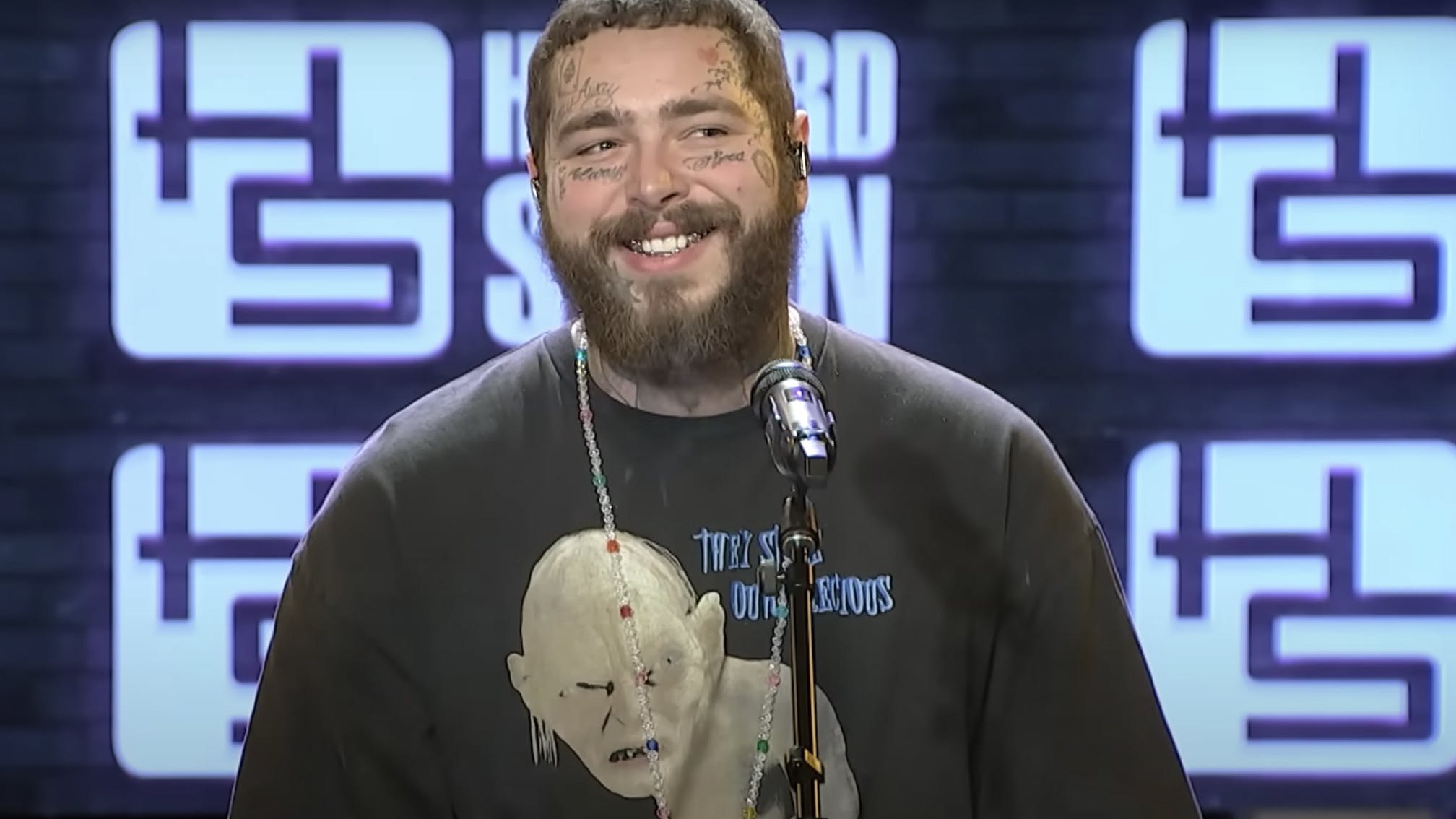 Post Malone has revealed that he asked Frances Bean Cobain for permission to play his brilliant 2020 Nirvana tribute livestream.

In a new interview with Howard Stern, the musician was asked if he spoke to Courtney Love before the whole thing, to which Post responds: "We went to Kurt's daughter [Frances Bean Cobain]. It's important to me because I loved Kurt so much, and he's been such an inspiration to me, musically."

He adds sweetly: "I could never want to offend anybody by trying to show support, so I just wanted to make sure that everything was okay – and it was okay, and we raised money for a good cause, and we got to play some of the most fucking epic songs ever."

After the stream – which raised almost $3million for the United Nations Foundation’s COVID-19 Solidarity Response Fund – Dave Grohl complimented Post Malone for his efforts, describing the moment he first heard about it: “I started getting hit with texts, people texting me, like, ‘Yo, are you watching this Post thing?’ And I’m like, ‘No, I’m writing right now.’

“They’re like, ‘It’s pretty good.’ I’m like, ‘Really?’ So I keep on writing,” he continued. “Another text comes in: ‘Dude, are you watching this Post Malone thing?’ And I’m like, ‘No.’ So finally I tuned it… I started watching, and first of all, watching Travis [Barker] play the drums to those Nirvana songs, I was honoured – I thought that was super cool.”

Explaining what made him appreciate it so much, Dave added, “More than the sound of it and more than the chords and whatever, it just sort of felt good. To me, it didn’t feel weird. They were killing it. So I watched a bunch of it. I was, like, ‘That was really cool.’

“I don’t get to see other people do Nirvana songs often, and he seemed perfectly comfortable with it, and it sounded great… Even the die-hard Nirvana people that I know were, like, ‘Dude, he’s kind of killing it right now.’”

Watch the full tribute livestream below: