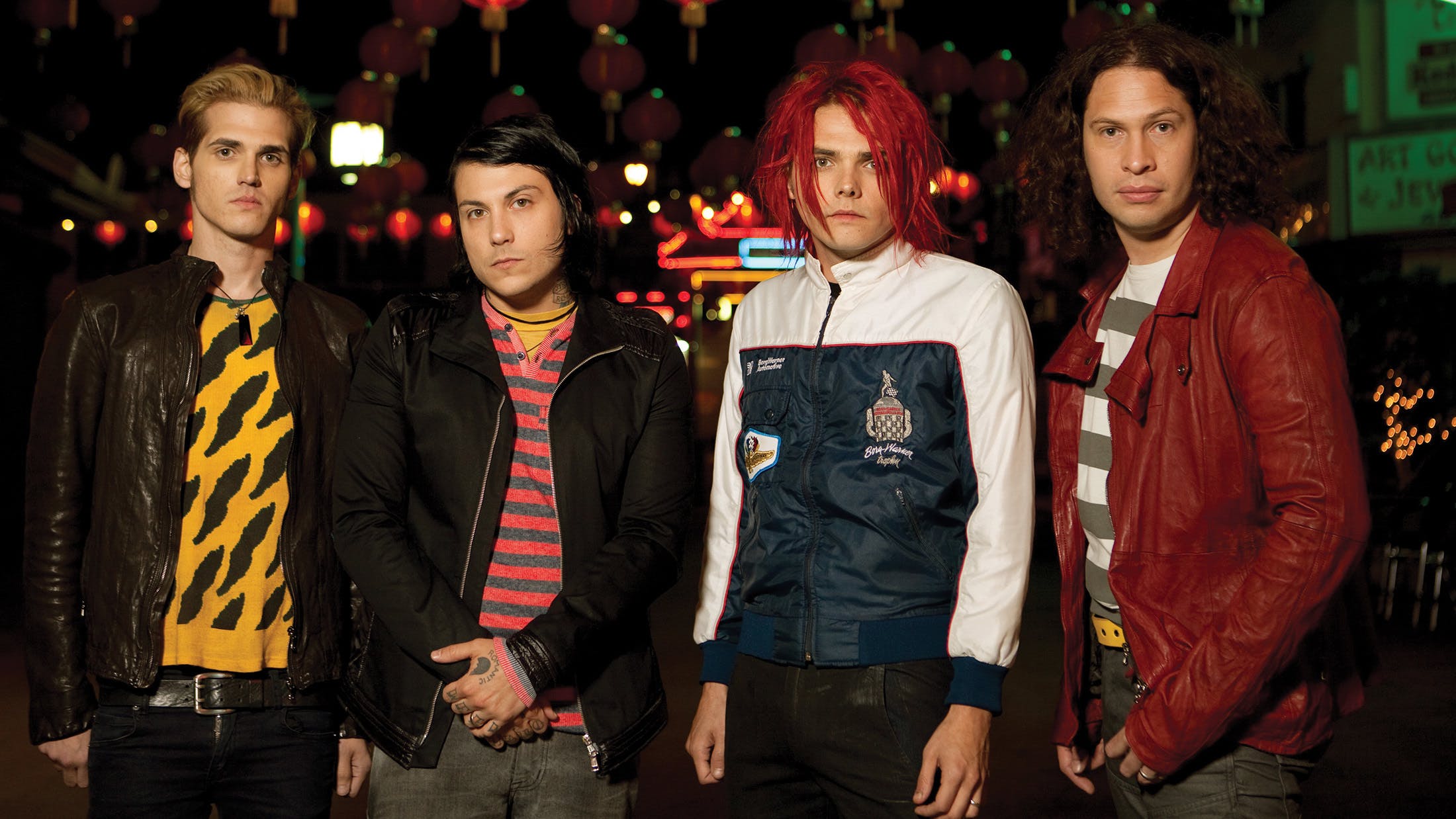 The Black Parade had firmly established My Chemical Romance as a band who set out to do the unexpected. Despite the unique way in which they operated, however, there was always the sense that everything they did was part of a grander plan. That’s thanks in large part to Gerard Way’s strength of vision, seemingly not committing to anything until a good foundation had been laid, establishing a path to where they were headed next and how it would fit within the band’s wider story. After the touring cycle for The Black Parade came to an end, though, for the first time in their history, Gerard couldn’t figure it out.

The emo scene, of which they had become reluctant leaders, was reaching saturation point. Fall Out Boy were set to go on hiatus, while Panic! At The Disco headed into ever-more colourful directions more in tune with the West End than punk. Even MCR’s early contemporaries like Taking Back Sunday and The Used were beginning to see their fortunes wane. Emo had become mainstream and an accepted part of pop culture, but just as quickly as it had been welcomed, it soon made way for the next big thing. Black clothes were in fashion, gobbled up by the high street to the point where the previously-maligned goth image was no longer seen as something threatening. With Twilight dominating the box office and vampires plastered all over the media, as the ’00s drew to a close, the real danger lay not in darkness, but colour. It would take My Chemical Romance a while to come to that realisation, at the cost of a scrapped album, a departing member and a lot of soul-searching.

Gerard might not have known what he wanted My Chemical Romance’s fourth album to be, but he definitely knew what it shouldn’t be. As they began work on new material, the band put down a set of ground rules with the intent of producing a new record that would be the polar opposite of The Black Parade; there was to be no big concept, no overarching story, no pretentious song titles and definitely no world-building. This was going to be a down-and-dirty rock record – a zero-fucks-given ode to the music they grew up on. Producer Brendan O’Brien (AC/DC, Korn) was drafted in to help realise this vision, but as the recording process neared the point of completion, My Chemical Romance began to get the uneasy feeling that they had made a catastrophic mistake.

Things came to a head as they began early promo for the new LP. Their record label and media outlets who’d heard the new songs thought they were great, but even though MCR were gearing up to release the album, they were still finding themselves visiting the studio, unhappy with the finished product and adding keyboards, effects and extra layers of vocals in a desperate attempt to rescue the songs. By then, however, it was too late, as Gerard would later admit.

But it wasn’t just the music that Gerard wasn’t happy with. Coming off the back of The Black Parade’s melodrama and show-stopping live production, he’d shied away from the pomp and fanfare the band had become associated with, but in the process, both he and My Chemical Romance had lost their identity.

Offers to be on the covers of men’s magazines rolled in, while he took part in a photoshoot for a music outlet which saw him dressed in a plain shirt, tie and raincoat. He looked like he could have been in almost any other rock band, and the media was treating him as such. That’s not what My Chemical Romance had ever been about. They needed to start over. They needed to rebel. They needed to become dangerous again.

The album they’d recorded was duly shelved. Gerard then retreated to the California desert for a family vacation, and it was there that he had the epiphany that would lead to his band’s salvation. He realised that the restraints My Chemical Romance had placed on themselves were at odds with their DNA. They’d always been fiercely creative, and he needed to harness that freedom to explore once more.

He turned to a comic he’d been working on about a group of rebels known as the Killjoys for inspiration, and everything began to fall into place. He saw muscle cars, laser guns and brightly-coloured masks, imagining a world where these punky outlaws battled a mega-corporation intent on controlling them. But not only did he see this world, he heard what it sounded like: loud, brash, vibrant and futuristic – like a party to soundtrack the apocalypse.

Na Na Na came first, with an explosion of punk energy that saw Gerard sing about control, consumerism and hyperviolence, set in the fictional world where the Killjoys live. The punk-as-fuck Vampire Money – a middle finger to the Twilight franchise – followed, as did anthemic call to arms SING and dance-punk number Planetary (GO!), the latter a joyous fusion of electronica and rock. Drummer Bob Bryar, apparently unwilling to walk this new path, left the band, but despite that wobble, Danger Days: The True Lives Of The Fabulous Killjoys was now born.

What My Chemical Romance wanted after The Black Parade was freedom, and in the world of the Killjoys, that’s exactly what they found. Discarding the melodrama and personal demons that blighted their previous album, but retaining their emotional, adventurous, storytelling heart, they stepped out of the dark and into the light, drowning themselves in bright colour.

Upon its release, the MCRmy followed their heroes into this brave new world. At the first date of their Danger Days World Contamination Tour in London, Gerard was in awe of the manner in which fans had embraced this new image, as legions of attendees arrived in costumes that represented the Killjoy characters they’d created. The kids who once got dirty looks for dressing in black were now, like their idols, doused in colour, and both the band and their fans were impossible to ignore.

It wasn’t a global smash like The Black Parade, but Danger Days… showed the world that My Chemical Romance’s fire was still burning. The crowning moment of the entire campaign was a headline slot at 2011’s Reading & Leeds, where the band would celebrate their fourth album in all its Technicolor glory, and invite Brian May onto the stage for a euphoric run-through of Queen’s We Will Rock You and their own Welcome To The Black Parade.

Sadly, it wasn’t to last. When MCR called it a day in 2013, Gerard’s farewell letter saw him speak with seeming disappointment of how “there wasn’t even a blaze of glory in a hail of bullets” as the band came to an end. However, you can make a strong case that that’s exactly what Danger Days… was. After all, The Kids From Yesterday finds them stood proud on the battlefield reflecting on all that’s come before, and then as closing number Vampire Money arrives they throw caution to the wind, offering an exuberant ‘fuck you’ to the industry as they triumphantly implode.

There would be more music to hear from My Chemical Romance eventually, but Danger Days… is (currently) the last instance of the band fully realising a daring creative vision. It was, in a word, glorious.