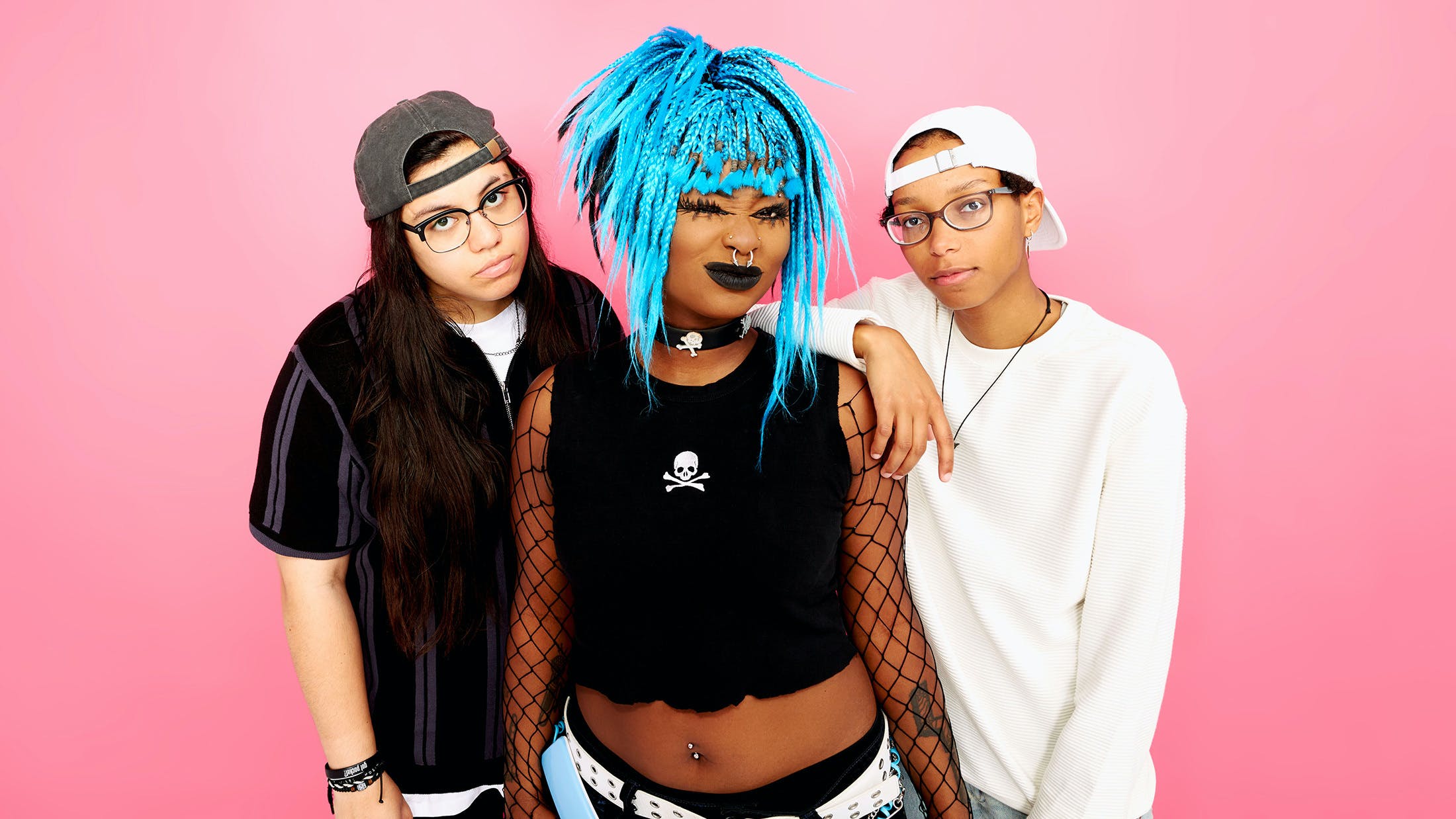 From Slam Dunk to supporting Green Day, Meet Me @ The Altar have played a ton of memorable shows this year. And 2023 looks set to be even bigger, with the trio announcing their first-ever headline tour.

Joined by Daisy Grenade and Young Culture, MM@TA will be hitting the road in the States for a 23-date tour, kicking off at New York’s Gramercy Theater on March 2, and wrapping up in Orlando, Florida at The Abbey on April 4. Tickets go on sale this Friday at 12pm EST – see the full dates on the poster below.

Before then we’re hoping Meet Me @ The Altar will drop their highly-anticipated debut album, with the band previously confirming it’ll be out in “early” 2023. They told us that the record “means everything to us and we can’t wait to share our new sound heavily influenced by the early ’00s!”

Read this: 5 reasons why you have to see Meet Me @ The Altar live

Pick up Meet Me @ The Altar’s debut album with a lyric sheet hand-signed by the band!

Meet Me @ The Altar: “You know you’re making it when people are just talking sh*t for no reason… Every successful person gets hate”

It’s been a long time coming, but Meet Me @ The Altar are finally releasing their debut album. With all eyes on them, waiting to see if they can live up to the hype as the future of pop-punk, we sit down with a surprisingly relaxed Téa, Edith and Ada, who are simply taking global domination in their stride…

Meet Me @ The Altar announce debut album Past // Present // Future

Meet Me @ The Altar’s highly-anticipated debut album Past // Present // Future “pays homage to the music we loved growing up while reflecting our modern-day lives”.

We’re getting a new Meet Me @ The Altar single this month! Hear 15 glorious seconds of the song now…

Unfortunately Meet Me @ The Altar’s debut album has been pushed back to next year – but the band say it’ll definitely be “early” in 2023.