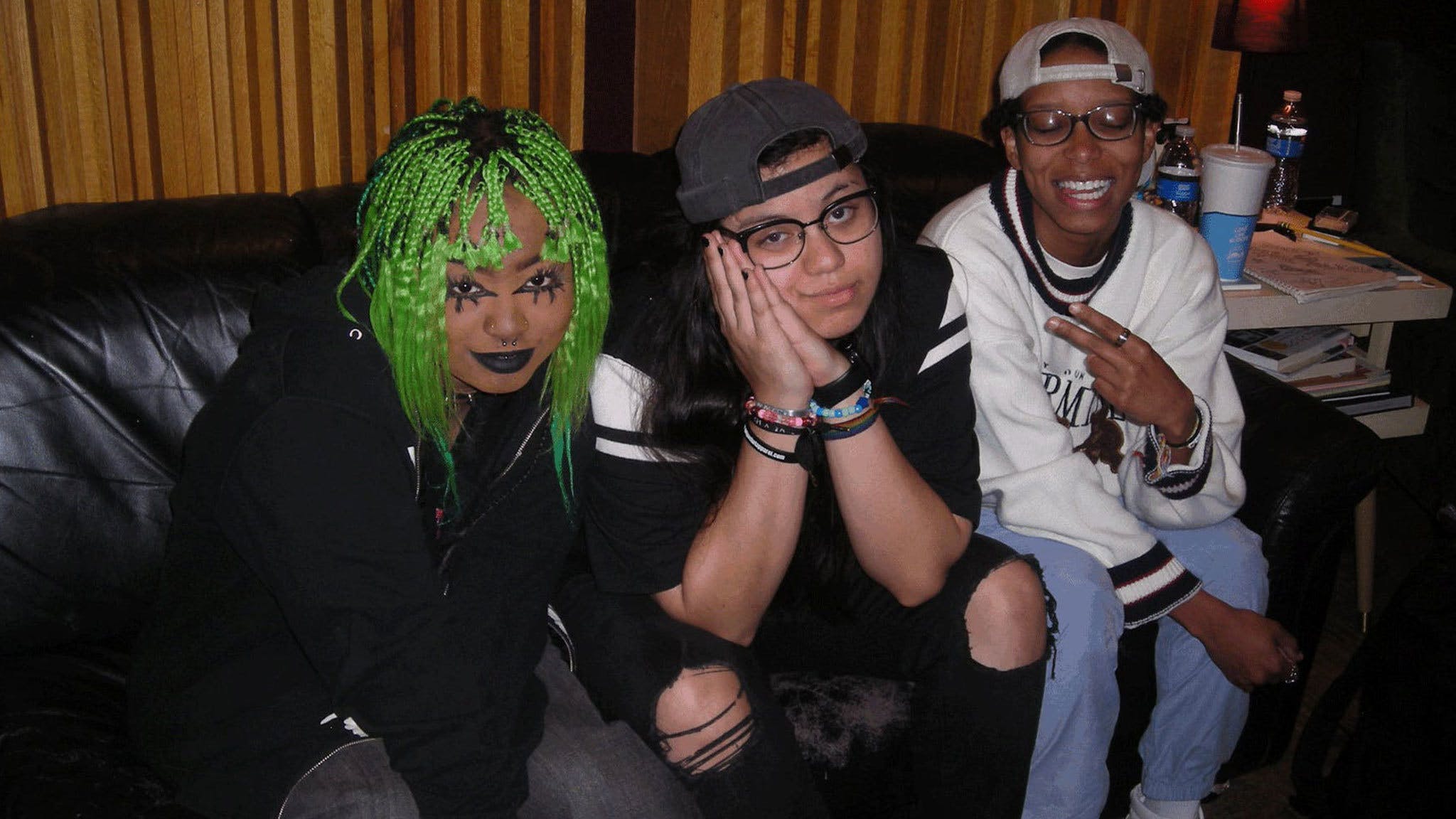 A couple of months ago, Meet Me @ The Altar confirmed that their highly-anticipated debut album would be arriving next year – but before that, we’ll be getting a brand-new single this month!

The trio – who previously told us that their new material is “heavily influenced by the early ’00s” – have shared a 15-second snippet of the song, writing in the caption: “DISS TRACK DROPPING THIS MONTH WHO’S READY FOR THE RETURN OF 2000s RADIO ROCK?!!!!”

Vocalist Edith Victoria teased that the record is for the likes of Demi Lovato, Avril Lavigne and P!nk, as well as sharing that MM@TA’s new music “makes me feel all warm and happy inside because I believe it’s the music we’ve always been meant to make – so when I share it with new friends and they are mind blown it makes me so happy.”

Listen to their new teaser below:

Read this: In the studio with Meet Me @ The Altar

Meet Me At The Altar

Pick up Meet Me @ The Altar’s debut album with a lyric sheet hand-signed by the band!

Meet Me @ The Altar: “You know you’re making it when people are just talking sh*t for no reason… Every successful person gets hate”

It’s been a long time coming, but Meet Me @ The Altar are finally releasing their debut album. With all eyes on them, waiting to see if they can live up to the hype as the future of pop-punk, we sit down with a surprisingly relaxed Téa, Edith and Ada, who are simply taking global domination in their stride…

Meet Me @ The Altar announce debut album Past // Present // Future

Meet Me @ The Altar’s highly-anticipated debut album Past // Present // Future “pays homage to the music we loved growing up while reflecting our modern-day lives”.

Meet Me @ The Altar will be hitting the road in the U.S. with Daisy Grenade and Young Culture next year…

Unfortunately Meet Me @ The Altar’s debut album has been pushed back to next year – but the band say it’ll definitely be “early” in 2023.