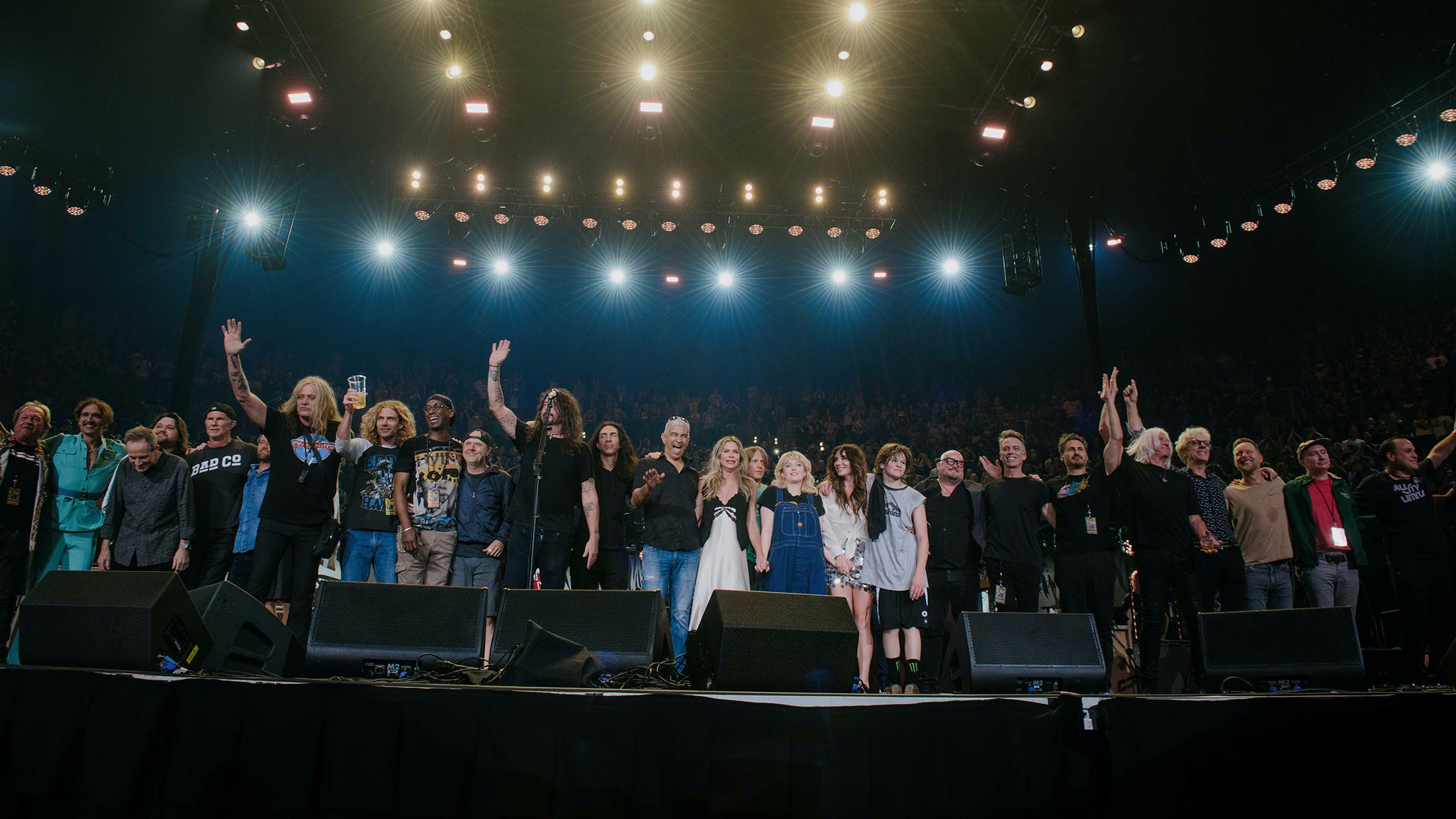 Last night in Los Angeles, legends of rock'n'roll assembled in the Kia Forum to pay tribute to their friend Taylor Hawkins with a special mega-concert in his honour.

Pulling out a whopping 53-song setlist, including a hit-filled climax by Foo Fighters, everyone from P!nk and Miley Cyrus to Chad Smith and Rush treated the City Of Angels with some of the greatest songs of all time.

The whole thing streamed live on YouTube, but if you missed it, you can relive some of the action in the photo gallery below, featuring the likes of Ke$ha, John Paul Jones, Matt Cameron, Nancy Wilson and more.