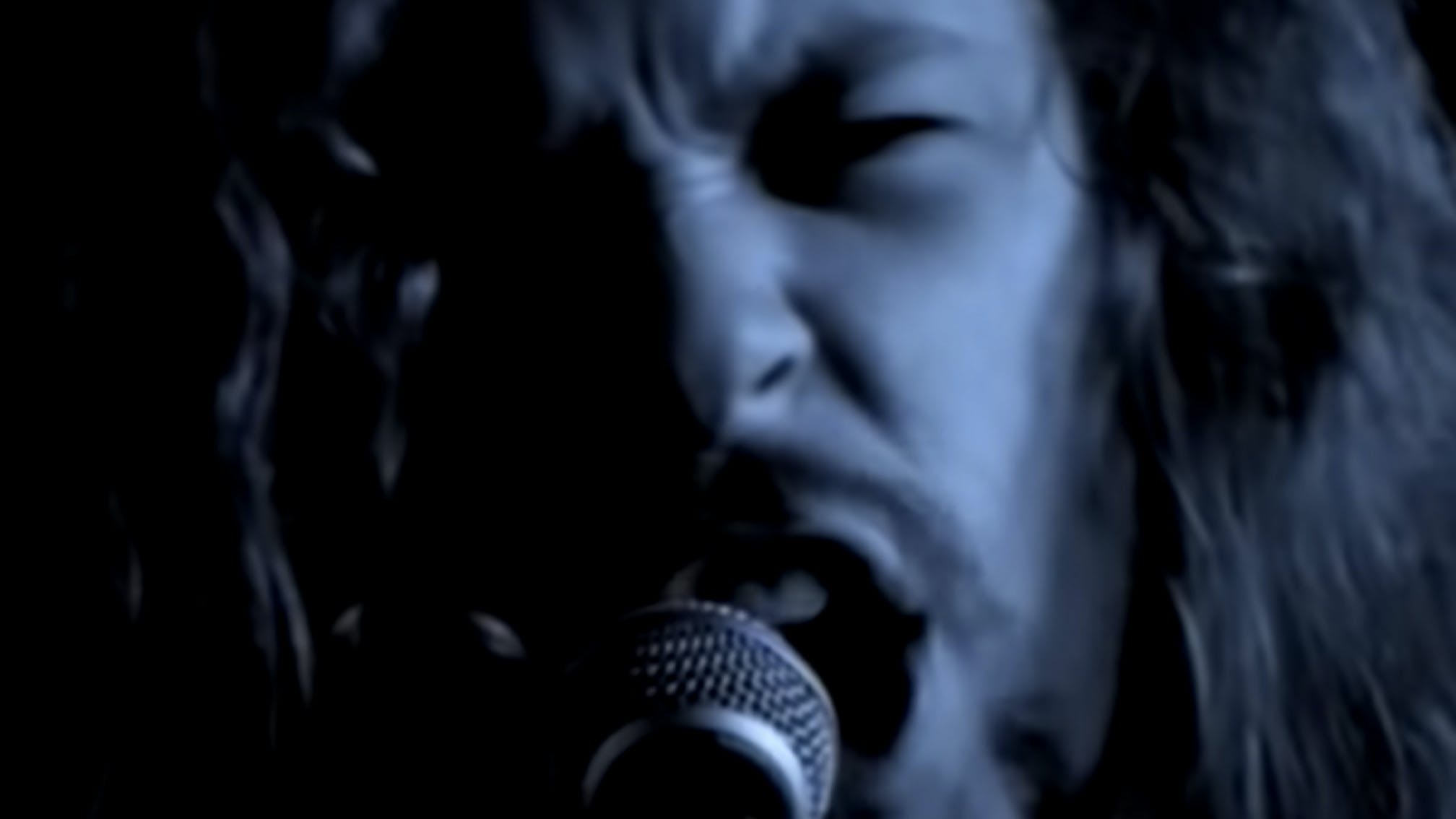 A particular grievance many rock fans had with The Power Hour – a weekly music show on ITV presented by Nikki Groocock in the late ’80s – was the sheer lack of Metallica videos.

This wasn’t the fault of the show, it was that Metallica simply didn’t make them. Sure, we’d occasionally be treated to that grainy live performance of For Whom The Bell Tolls from their home video Cliff ’Em All, but you’d have more chance of having an hour-long special dedicated to Evesham glam metallers Wrathchild than seeing anything approaching a shiny promo featuring James Hetfield's scowl.

All that changed in January 1989, and you know what? I really wish it hadn’t.

As The Power Hour was shown in the middle of the night, I’d set the video recorder and run downstairs in the morning to get my fix of metal before carrying on with the rest of my day. Then Nikki Groocock excitedly announced that they were about to play Metallica's video for One, which was being released as a single in the coming weeks.

...And Justice For All is, and will remain the band's best album and I'll fight anyone who says otherwise. Anyway, I paused the video and got a mug of coffee and some cereal. I returned and sat cross-legged in front of the telly, reached over and pressed play. This was the exact moment my life changed.

This was not a simple performance video. Directed by directed by Bill Pope and Michael Salomon, footage of the quartet thrashing away in a Long Beach warehouse was spliced with scenes from a 1971 anti-war movie called Johnny Got His Gun. The cult film was based on novelist and screenwriter Dalton Trumbo’s 1938 masterpiece – who’d later direct the film himself – and tells the story of a doomed WW1 infantryman Joe Bonham who is hit by an artillery shell. He wakes up in a stark hospital room with no limbs and a crude, box-like mask covering the space where his face used to be. With touch as his remaining sense, he begins to communicate with nurses and visiting generals by tapping out Morse code signals on his pillow using his head. 'Kill me', that sort of thing.

The film flits between black and white – overlaid with a melancholy blue hue – and washed out colour, as Bonham tries to stay sane and attempt to recall happier moments of his life. There's also vivid dream sequences where his pain medication causes him to hallucinate wildly about hanging out with Jesus in the trenches.

Transfixed, I watched the video a few times – partially because I wanted to see which notes bassist Jason Newsted was playing – but out of morbid curiosity.

It was during the second or third viewing that my mother – now a retired nurse, who has dealt with amputations and other such horrors in her career – expressed surprise that I wasn’t scared by the video. Then, of course, it all clicked. I didn’t finish my coffee and my breakfast cereal turned to mush. Even at the age of 12, I had a habit of overthinking things and began to dwell on Joe Bonham’s plight. I slept with the lights on that night, and 30 years later, I still have recurring nightmares. I’ll have one after submitting this copy, I'm sure.

If I read about the first World War or see film footage from the trenches, I always get a knotted feeling in my stomach. November is rife with broken sleep as the UK remembers its fallen heroes; I often look at a faded photograph of my great Uncle Jimmy, who, despite being a conscientious objector, still contributed to the war effort by carrying the wounded on stretchers through the battlefields in Northern France. Could you do that? I couldn’t.

So the video – and all things linked to it – is buried so deep into my subconscious that nightmares can be triggered by even the slightest of things.

I had my first-ever panic attack during a school visit to the Imperial War Museum in London. I absent-mindedly followed my classmates into The Trench Experience and quickly rushed out to be sick in a bin and had a rotten night’s sleep.

There was the time David Soul – Hutch, from Starsky and Hutch – walked past the Kerrang! offices. Even my IMDB knowledge of his appearance in Johnny Got His Gun was enough for my brain to go into the archives and serve up a cracking nightmare the following morning.

In October 1992, I saw Metallica play at Whitley Bay Ice Rink during their Black Album tour. There was no support, just a 20-minute documentary with a live link to Lars Ulrich backstage. Oh, look there’s Joe Bonham banging his head on a pillow, begging his generals to end his miserable existence. Cheers. It’s also the same reason I’ve not really watched the videos that were part of their Live Shit: Binge & Purge box set.

Even the final scenes of Blackadder Goes Forth can trigger a bad dream, for fuck’s sake.

I can recall the shot list from the One video in detail despite seeing it three times. I’ve attempted to get to the root of this fear and have read Johnny Got His Gun twice to try and piece together the whole story without watching the actual film. I’ve listened to podcasts discussing the story and interviews with its star Timothy Bottoms. So two years ago, empowered by vodka, I found a link to the film on YouTube and felt brave enough to watch it with my wife. I managed to watch 10 minutes of the film before admitting defeat and sheepishly closed my laptop. It’s as bleak as you’d imagine.

Maybe I’ll watch it one day. But probably not. Yeah, I definitely won’t.

After that, we pretty much have to post a link to the offending video. But for the sake of our writer Simon's sanity, the first video is a cute clip of some puppies on a trampoline. For everyone else, the Metallica One video is posted below. Don't come complaining to us though if you don't sleep tonight…