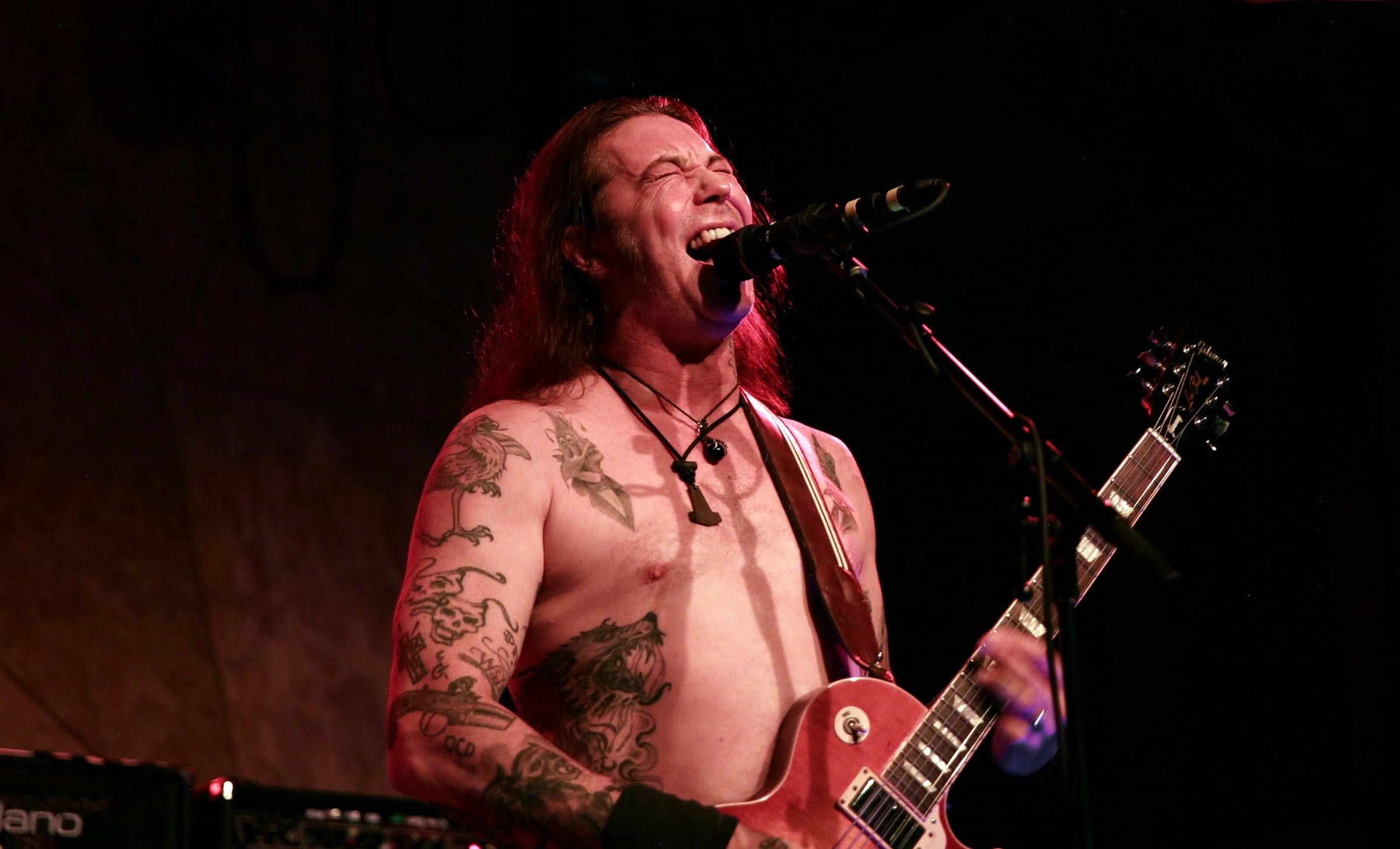 Brooklyn's Elsewhere feels a little small for tonight’s show. The mid-sized club in the neighborhood of Bushwick is certainly up to the task of hosting a crowd of metalheads -- the balcony bathroom has narrow stained-glass windows looking down on the stage, and one of the bartenders rocks Necrot booty shorts -- but the bar area and ramps down to standing room are narrow, and the audience of tonight’s sold-out performance pack every square inch of them, so that people have to shove their way through shoulder-to-shoulder masses to get basically anywhere.

But though the floor is cramped, the heshers and beardos in attendance are resolute in packing themselves in as firmly as possible. It’s stoner-thrash kings and new Grammy winners High On Fire’s sold-out second night here, and with the best American metal band of the last decade opening for them, fans can deal with a little pushing and sweat.

Openers Creeping Death play when the space is only halfway full, but everyone in attendance has their eyes locked on the Texas death metallers. The band play stomping, kinetic old-school death metal with an acidic guitar tone that both attacks and soothes. Frontman Reese Olavi stomps around the stage, swinging his fists and gurning in celebration, while guitarist Trey Pemberton whips his dreads around excitedly. The performance is awesome, the perfect punch in the gut to ease the early attendees into a night of raucous metal.

READ THIS: The Underground Sounds Of America: Creeping Death

For all the low-end and ooze of Creeping Death’s set, Philly’s Devil Master bring harsh, icy riffage and deadpan looks of vampiric grimness. The band’s sonic milieu -- black metal yearning, thrash pace, snotty J-punk distortion -- feels like a perfect accompaniment to their ur-metal style with its King Diamond capes, cobwebs, and early Celtic Frost-ish eyes-only corpsepaint (guitarist Darkest Prince feels like an embodiment of all things old-school with his bandana-mustache combination, thought stone-faced keyboard player Dodder might steal the show). The band’s shrieking nocturnal thrash gets the more leather-clad members of the crowd moving, with steady nods of appreciation all around.

By the time Power Trip take the stage, the club is packed to the gills; no one’s going to miss the hottest young band in metal tonight. And to their credit, Power Trip don’t disappoint, whipping the crowd into a frenzy with a delicious barrage of epic, groovy crossover thrash. Frontman Riley Gale lives up to his namesake, a one-man thunderstorm of bellows and high-kneed jumps who both goads the audience -- “Last night is kicking your ass so far! This is pathetic!” -- and celebrates the modern-day metal scene by addressing “ladies, gentlemen, all our friends beyond the binary.” In response, the crowd goes full apeshit maniac, throw themselves into each other and crowd-surfing en masse, with plenty of stage-divers overstaying their welcoming and having to be tossed back into the fray by security. The set is proof that Power Trip have earned every bit of hype hurled at them, and are a force not to be fucked with.

Some of the more brolic hardcore kids leave before High On Fire, making the packed venue slightly more manageable. At the same time, the Oakland trio take the stage with a set of their more hard-edged slammers, opening with Blood Of Zion from 2000’s The Art Of Self Defense and barely letting up. Matt Pike’s in a good mood, more grins than grimaces, and relishes the roar of applause whenever her snarls the name of the next track; his solos are masterful hypnotizing the stoned audience into smiles of appreciation.

A brief respite from the attack comes with instrumental DII, but it’s followed by Speedwolf, Fertile Green, and the steamroller of Devilution soon after. Closers Snakes Of The Divine and the Grammy-winning Electric Messiah give even the less-entrenched fans what they want, and closes out the evening with a stern reminder of just how far the band has come, and just how awesome they have always been.

Outside, it’s bitter cold and brutally windy, a harsh opposition to the uncomfortable cram of the venue. Still, fans hunch their shoulders and head off to the subway with determined cheer. Sure, it was hard to get a drink then and it’s hostile and frigid now, but all of it’s worthwhile for a night like tonight.

READ THIS: The 21 hottest live bands on earth right now