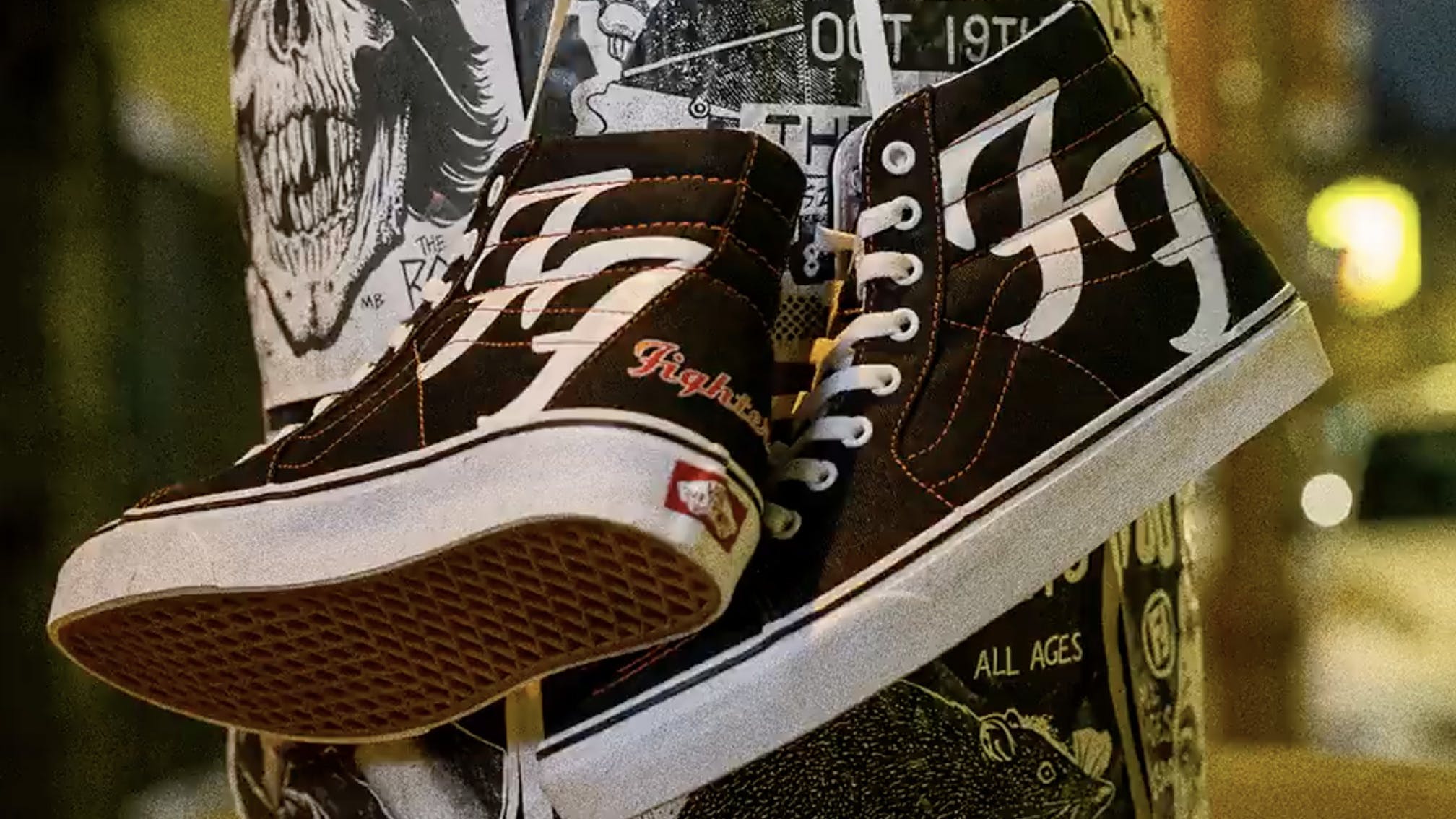 Though they weren't able to hit the road on The Van Tour in honour of their 25th anniversary, Foo Fighters have announced something else sort of van related: a new collab with the iconic skate brand.

Vans will be celebrating the anniversary of the rock titans by releasing a special limited edition Sk8-Hi, with a classy looking black shoe adorned with the band's FF logo.

"In celebration of their 25th anniversary, we collaborated with Foo Fighters on a special limited edition pair of Vans," the company writes on social media. "The Vans x Foo Fighters Sk8-Hi is coming soon."

Get a sneak peek of the shoes below:

Recently, Foos released a hilarious and heartwarming 30-minute anniversary documentary, Times Like Those.

“Maybe the 25th anniversary year didn’t go quite as planned but we were still able to come together for a look back at the last 25 years,” said Dave Grohl. Check it out below:

Read this: The 25 greatest three-album runs in rock and metal