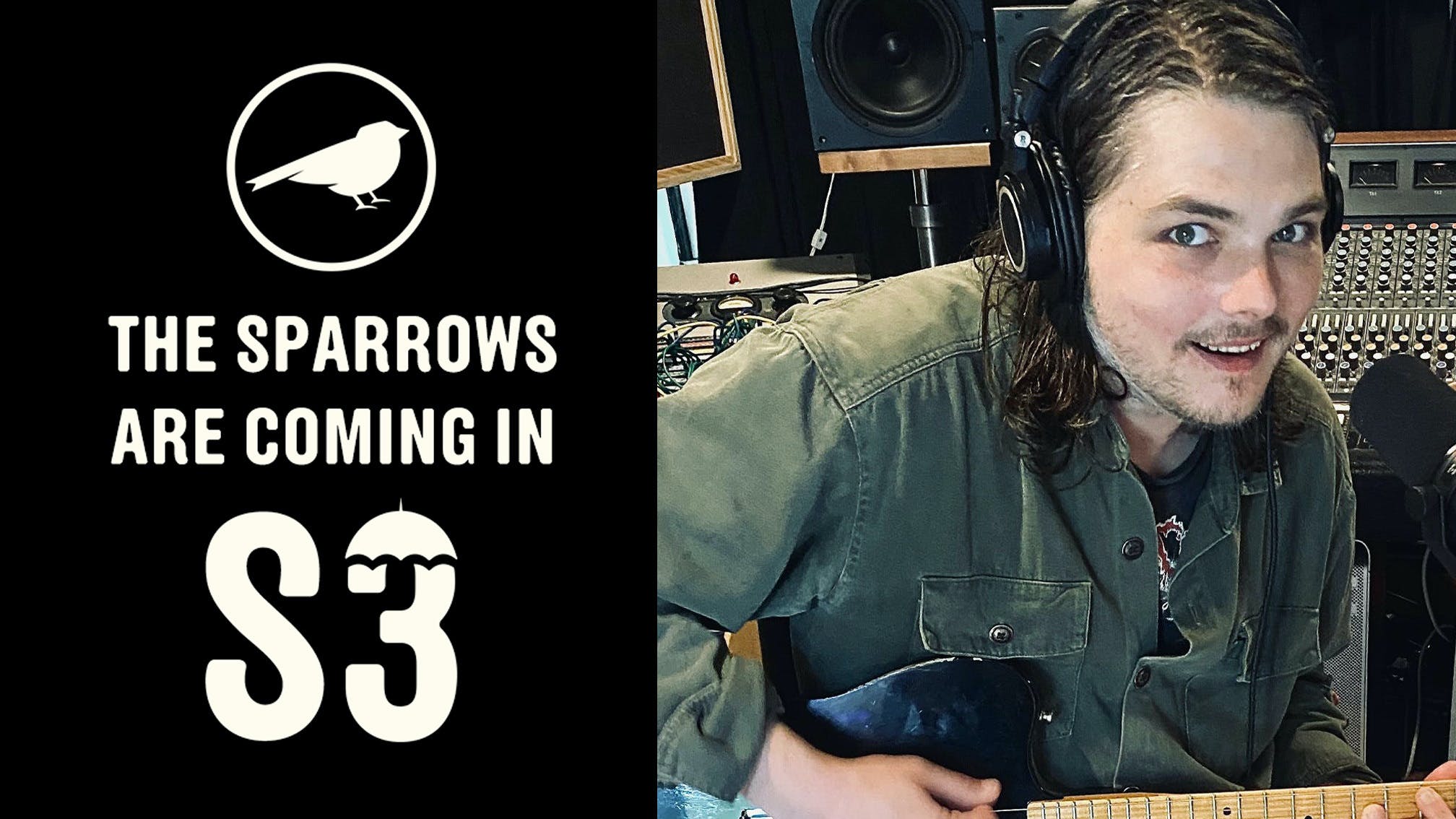 And fans are already hoping that the member playing one of the new Sparrow Academy will be Gerard Way, creator and writer of the original comic book series, and co-executive producer on the show alongside illustrator Gabriel Bá. Because while six of the new names are actual real people (Justin Cornwell, Justin H. Min, Britne Oldford, Jake Epstein, Genesis Rodriguez and Cazzie David), the seventh member – playing the character of Christopher / Sparrow #7 – goes by the peculiar stage name of Existential Dread Inducing Psykronium Cube.

Of course, Gerard has sort of made a tiny cameo in the show before. In the first season of Umbrella Academy, there was an ace little Easter egg nodding to the My Chemical Romance frontman: on the back of Vayna Hargreeves’ autobiography, there was a made-up review about the book written by Gee. So while a full-on acting role seems very unlikely, a step up to voicing this mysterious Cube could make sense. Then again, Gerard has plenty of other comic projects to be working on, so perhaps not. But hey, we'd really, really love to hear it.

Anyway, check out the internet's reaction to Gerard potentially/hopefully voicing Christopher / Sparrow #7 below:

Read this: The changing faces of My Chemical Romance