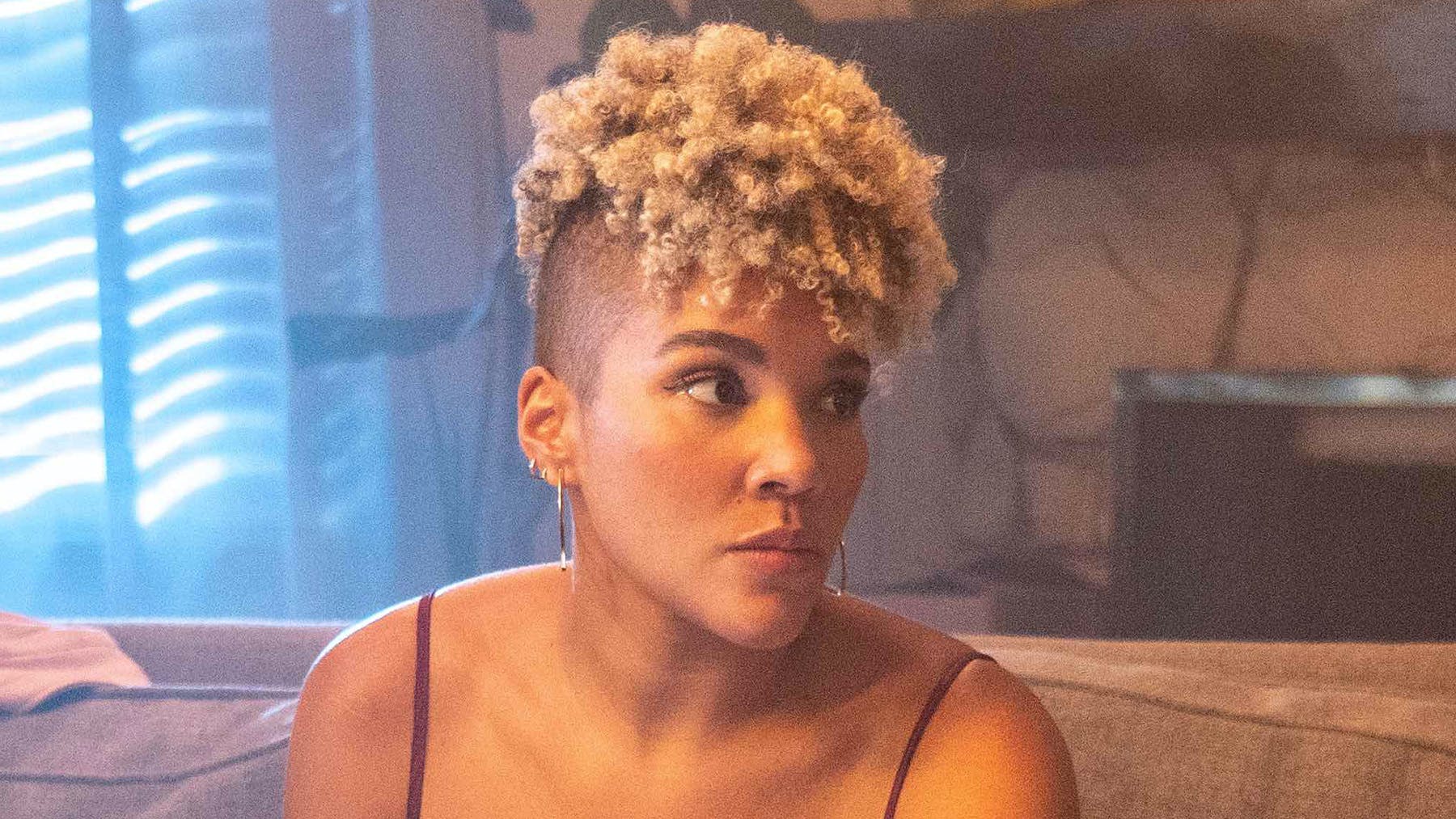 Emmy Raver-Lampman seems to have something of a magic touch. While best known as Allison Hargreeves in The Umbrella Academy, everything she’s involved with seems to end up colossal. Her new movie Gatlopp – a knockabout horror-comedy largely confined to one apartment – almost sticks out by being small by design, as everything else in the Emmy Universe somehow becomes gigantic.

Currently, being a fan of hers is an expensive proposition, as it involves paying for Netflix (home of The Umbrella Academy, arguably the streamer’s second-biggest show after Stranger Things), Apple TV+ (home of Central Park, in which Emmy voices the main character Molly) and Spotify (home of the podcast Batman: Unburied, which debuted as the biggest podcast in the world and in which she voices Poison Ivy). Earlier this year she starred opposite Channing Tatum in Dog and Liam Neeson in Blacklight – she’s having, by any standards, quite a 2022.

Her first big break nearly passed her by, feeling like the stage project she was approached about would open and close within a week. “I nearly didn’t audition, because it sounded like something nobody would watch,” she remembers. “A musical about the first secretary of the treasury, that was rapped all the way through?”

That was, of course, Hamilton, the record-breaking Broadway hit that won every award going, made untold amounts of money and changed the world’s perception of what musical theatre could do. Emmy started out as part of the ensemble, but a year later was touring the U.S. as one of the female leads.

The first time she ever set foot on a soundstage and worked in front of a camera was on the set of The Umbrella Academy, a pretty daunting entry into the industry. “Umbrella is a big-budget show; it’s massive, filled with CGI, green-screen stunts and wirework,” she says. “And, you know, sometimes we act.”

Coming from a stage musical background, Emmy was very aware of the work of Gerard Way, creator of the Umbrella Academy comic and extraordinarily theatrical frontman of My Chemical Romance. “Gerard Way is one of the most unbelievable vocalists in the world. I've been a fan of him as an artist for so, so long, and he's also such a lovely, lovely human. And it's so nice when someone has both – when they're extremely fucking talented, and they're also a good human. He's just been such a delight to work with and be around, and bringing him and [comic co-creator] Gabriel Bá’s vision to life has just been such a joy and a pleasure. I'm constantly hoping that we're doing them right for this thing that came from their brains.”

The character of Allison, also known as The Rumor, struck a chord with Emmy from the get-go – like the character, she is adopted, and felt a strong connection to the idea of a chosen family. Allison’s role has expanded as the series has progressed; while she didn’t have an awful lot to do in the first season, the second season’s time-jump to the 1960s saw her, as the only non-white Hargeeves sibling, having a very different experience of the era.

Going into the new season, Emmy and the creative team were adamant that Allison couldn’t go on as though she hadn’t had these experiences.

“Allison, quite frankly, survived the ’60s,” she says. “She survived in a place looking the way she did where a lot of people didn't, and so she’s still carrying what she witnessed and experienced, carrying a very extreme level of trauma with her. We would not be doing her any justice if we didn't address that in the third season. There’s some really amazing storytelling with Allison this season, dealing with the repercussions of her being a woman of colour in a very specific point in time where people that looked like her had a really difficult time, and still do.”

In a similarly superpowered vein, Emmy took on the role of Poison Ivy in Batman Unburied, a pioneering project in a few ways – as well as DC’s first foray into scripted podcasts, it also features a cast primarily made up of people of colour. Winston Duke voices Bruce Wayne, Gina Rodriguez is Barbara Gordon, and Hasan Minhaj plays the Riddler.

“When they when they first approached me about it, I was nervous and immediately anxious, because Poison Ivy is such an iconic character and they were trusting me with her,” Emmy explains. “But once the initial shock wore off, it was such an incredible opportunity, having this incredible cast of people of colour playing these traditionally white characters.”

The end result was a global smash hit, knocking Joe Rogan off the top of Spotify’s podcast charts, as well as making podcast fanatic Emmy late for things. “Whenever I get into my car it’ll start in the middle of a true-crime podcast and be like, ‘The body was found…’ or ‘The severed head…’” she says. “I’ve been listening to the Batman episodes, getting to my destination and just staying in the car until the end.”

While it may not share the profile of some of her huge projects, Emmy is just as enthusiastic about the indie horror-comedy Gatlopp, which she calls “a ridiculous barrel of laughs”. It follows four old friends reuniting over a few drinks (a lot of drinks) and getting caught up in a supernatural board game. It’s a silly, sweary, boozy time (“I enjoy a sensible Negroni, you know?”), like a drunken Jumanji with more f-bombs and arrow wounds, and a far cry from huge-budget Netflix operations. As she describes it, it's the kind of project where you get changed in a car park and bring your own lunch.

“We had a hell of a time making it,” she says. “I ended up with heartburn from laughing from 7am to 10pm for 12 days straight. So I had a giant tub of Tums in my bag at all times. If even some of that carries through to viewers, great!”