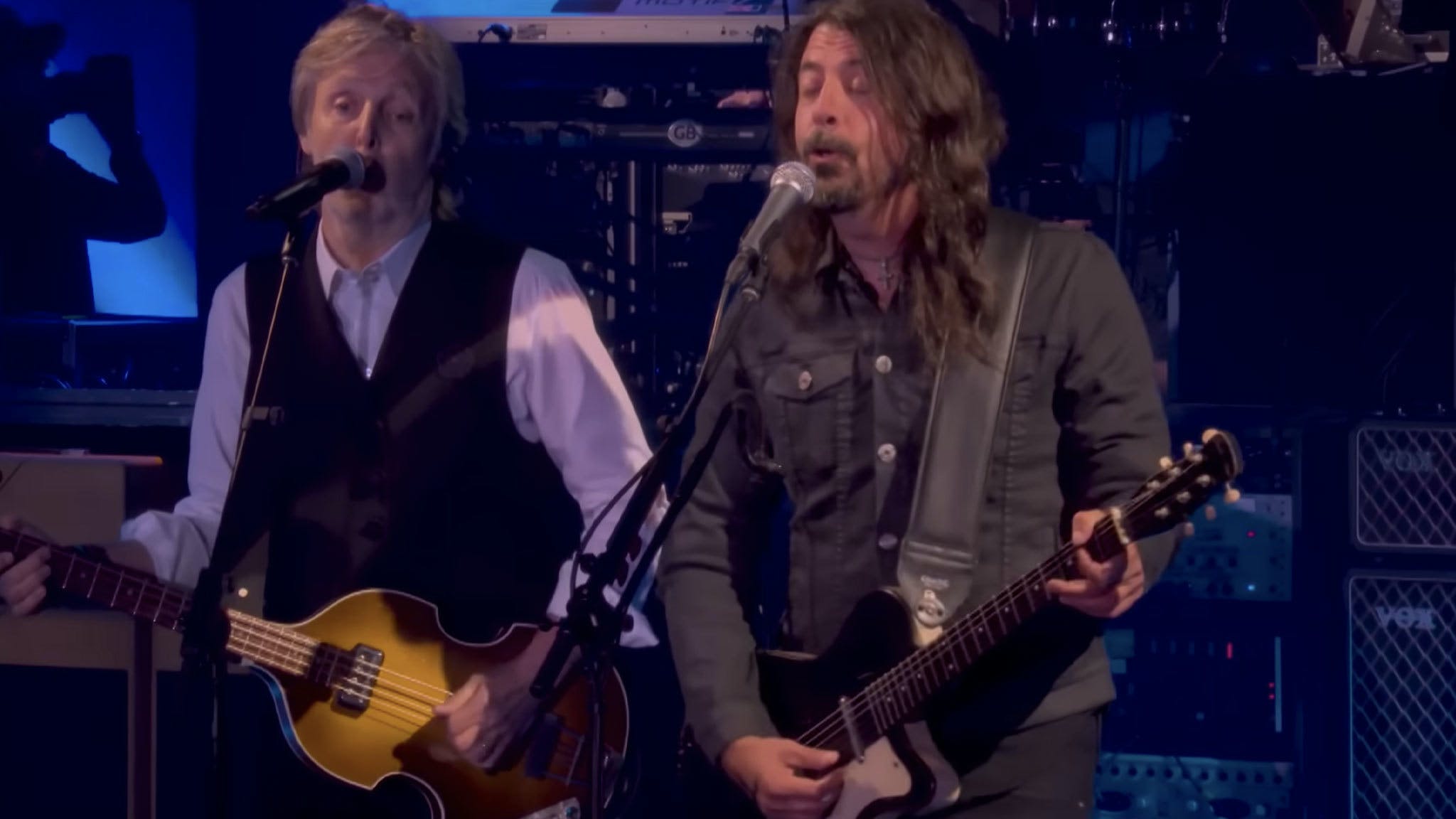 For his Glastonbury headline performance on Saturday night (June 25), Paul McCartney brought out two incredibly special guests during the set: Bruce Springsteen, and Dave Grohl – for the Foo Fighters frontman's first public performance since the death of Taylor Hawkins in March.

Dave was up first on the night, with Paul introducing him to the crowd by saying: “Now, I’ve got a little surprise for you: your hero from the west coast of America – Dave Grohl!”

He revealed that Dave flew in "especially to do this", with the pair then performing The Beatles' I Saw Her Standing There and Wings' Band On The Run together. Immediately following that it was The Boss' turn, with Bruce coming out to play Glory Days and The Beatles' I Wanna Be Your Man.

Finally, the grand finale saw both Dave and Bruce returning to join Paul for final song The End. Magical.

See Paul and Dave performing Band On The Run at Glastonbury below:

Paying tribute to Taylor following his passing, Sir Paul shared in a statement at the time:

"Taylor’s sudden death came as a shock to me and the people who knew and loved him.

"Not only was he a great drummer but his personality was big and shiny and will be sorely missed by all who were lucky to live and work alongside him.

"I was asked by the Foo Fighters to play on one of their tracks. It turned out that they wanted me to play drums! – on one of Taylor’s songs. This request came from a group with two amazing drummers! It was an incredible session and cemented my relationship with Taylor and the guys. Later they asked if I would induct them into the Rock and Roll Hall of Fame. I sang with them on Get Back. Taylor provided a powerhouse drum part. I’ll never forget that night. All of which made it much more of a desperately sad shock to hear he had died. So thanks Taylor for sharing some glorious minutes with me. You were a true Rock and Roll hero and will always remain in my heart.