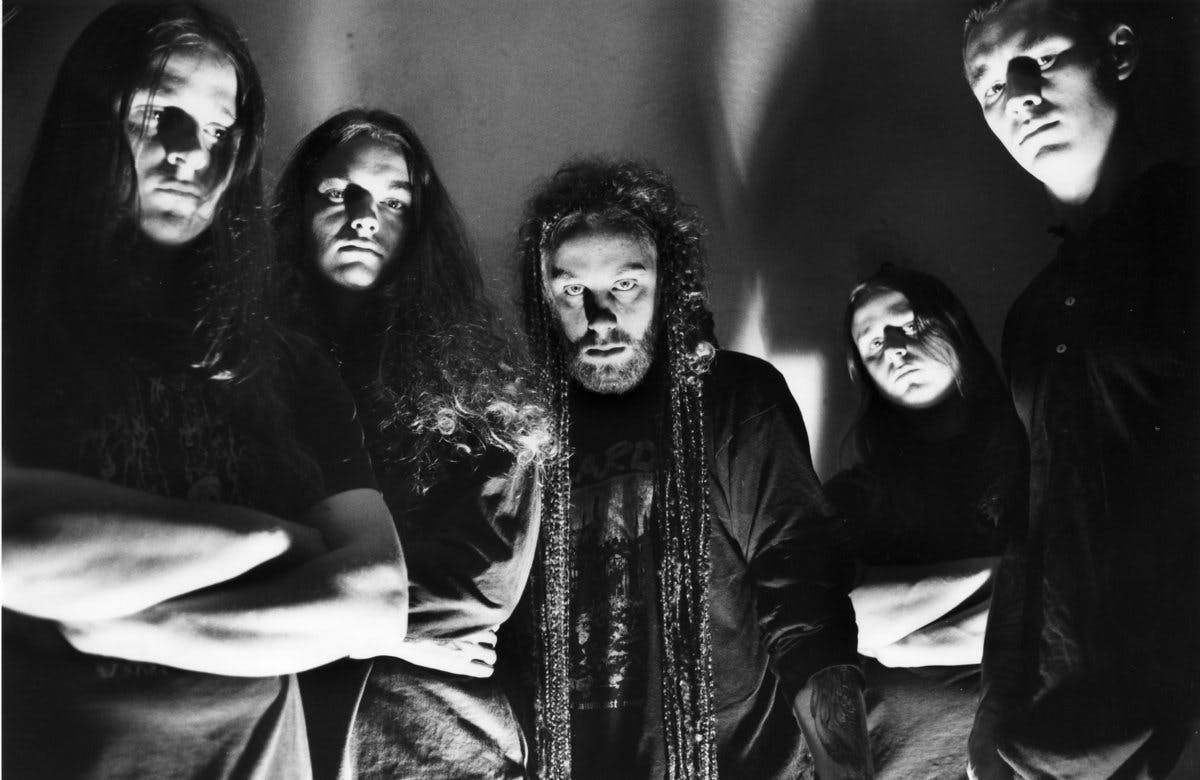 At The Gates have announced a few details about their new album, To Drink From The Night Itself. No music yet, but frontman Tomas Lindberg commented at length on the cover art:

“It has once again been an absolute pleasure working creativily with Costin [Chioreanu.] We had a lot of ideas for what we wanted to get across with the art this time around. Overall they were, not surprisingly, related to the general concept of the record. What is great with Costin is that he understands the band.

He knows what we are and where we come from. And me and him also have a strong artistic connection. I have never met anyone that goes so deep into the world of my lyrics and concepts. When I first wrote to him describing my ideas, I was worried that my remarks were perhaps too long and too confusing, only to get back an even longer and very inspired response…

The inspiration for the actual front cover piece is taken from the Pergamon Altar, on display at the Pergamon museum in Berlin. It is of course linked closely to the concept that the whole record is based upon, but more on that later. But I will throw a name out there, for the interested ones; Peter Weiss.

I can’t wait to get the whole record in my hands now, as this is just one of the many great artwork pieces that Costin has created for us on ‘To Drink From The Night Itself‘…”

The Russ Russell (Dimmu Borgir. Napalm Death) produced album is coming out May 18, and a video for the first single will be out soon.

Here's some classic At The Gates to tide you over until the album drops: