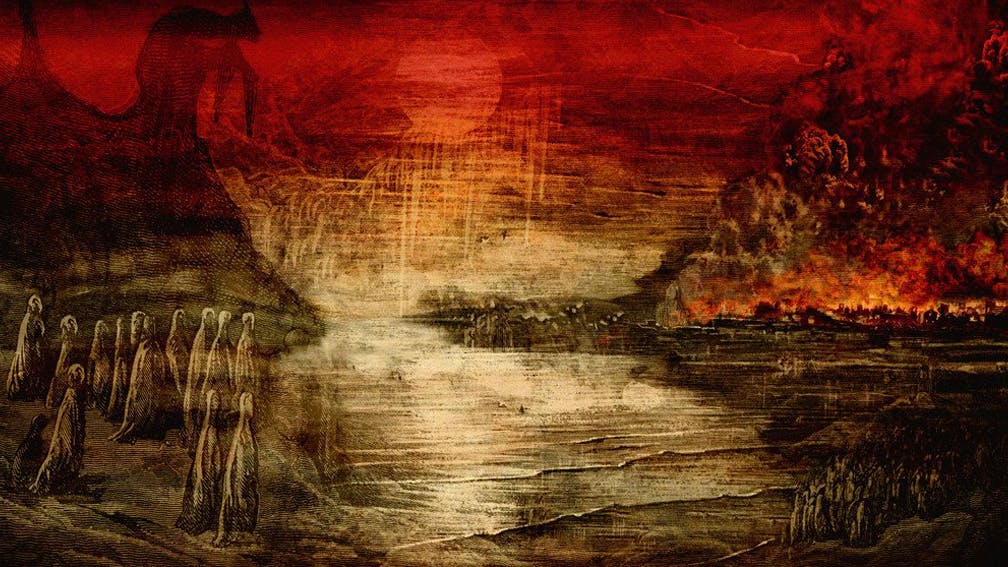 Following their reformation, At The Gates could have built a solid second career just rehashing 1995’s Slaughter Of The Soul, and initially it looked like they might just do that, but in 2021 they are going other places. This does not mean there is a lack of melodic death metal as we know it, and after a pretty acoustic intro opener, Spectre Of Extinction explodes to life in the catchiest of deathness, but there are a lot more flavours being explored here. Most notable are the progressive elements that crop up across the album, and lavish orchestrations expand the dramatic scope, all of this well-executed and inarguably the work of confident men.

Apparently inspired by vocalist Tomas Lindberg’s deeper, more philosophical lyrics that in turn were inspired by writer Thomas Ligotti, the band wanted to make a darker record than 2018’s To Drink From The Night Itself. They have succeeded in this, though this album is perhaps a less violent one. There is a distinctly gloomy mood that hangs over proceedings, often an air of outright hopelessness, such as on the the title-track, and specifically the spoken sections. Then there is Garden Of Cyrus that goes full on prog, saxophone and all, making for something you would never expect to hear on an At That Gates record, but in context strangely works. Likewise, the epic strains of the nearly seven minutes of The Fall Into Time makes for perhaps the grandest thing they have ever done.

On the whole, they should definitely be commended for their ambition in mixing things up at this stage of the game, the result making for a compelling, quite fascinating collection.

The Nightmare Of Being is released on July 2 via Century Media – pre-order your copy now.

READ THIS: 11 bands who wouldn't be here without At The Gates