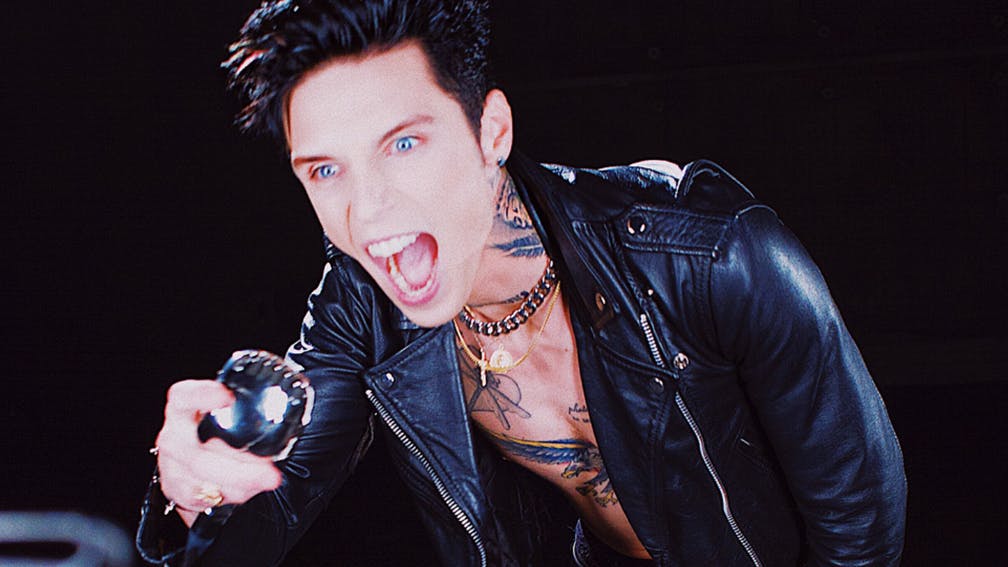 At this weekend's New York Comic Con, Andy Black unveiled details of his forthcoming comic book concept, also announcing it was to share its title with his new solo album.

"The titular character in this story is lonely and strange but hopeful and strong, a balance that I believe is present in so many of us," Andy explains of the news.

Read his full statement below:

"As a child I was terrified of many things. It was never specific or morbid but rather an overarching fear that SOMETHING was lurking around the corner or that the things I couldn’t control would manifest into something dark and evil and could hurt me. I developed defense mechanisms that were often compulsive tendencies meant to ward off the “ghost” in my mind. As I got older I strayed from those emotional responses and developed a sort of mask to wear with destructive behavior, drinking and surrounding myself with ways to distract from the “ghost” that I knew deep down I still feared. When I decided to make the change in my life to get back to who I truly wanted to be and in attempt to rediscover myself I found that those child like fears came rushing back and it inspired me to write the material for “The Shadow Side” record. In the 2 years since the release of that album I started thinking more about this fear and how I could utilize the reintroduction to an old friend of sorts in a way that would paint the picture of someone who feels these same emotions but is stuck in time. The titular character in this story is lonely and strange but hopeful and strong, a balance that I believe is present in so many of us. “The Ghost of Ohio” is both the name of my upcoming solo album and a comic book concept and today I am thrilled to share with you the cover of my first graphic novel drawn by Eryk Donovan. I can’t even begin to describe to you how excited I am to get to work with writer Scott Tuft and everyone at @z2comics to bring this story to life. I will share more about the comic, the record and everything that’s happening with “The Ghost of Ohio” very soon but for now you can head to the link in my bio to read more about the story and release information! Thank YOU for allowing me to have the opportunity to continue to follow my passion and dreams, I know how fortunate I am and without your support I wouldn’t be able to do any of this!"

Check out the artwork for the first The Ghost Of Ohio graphic novel: