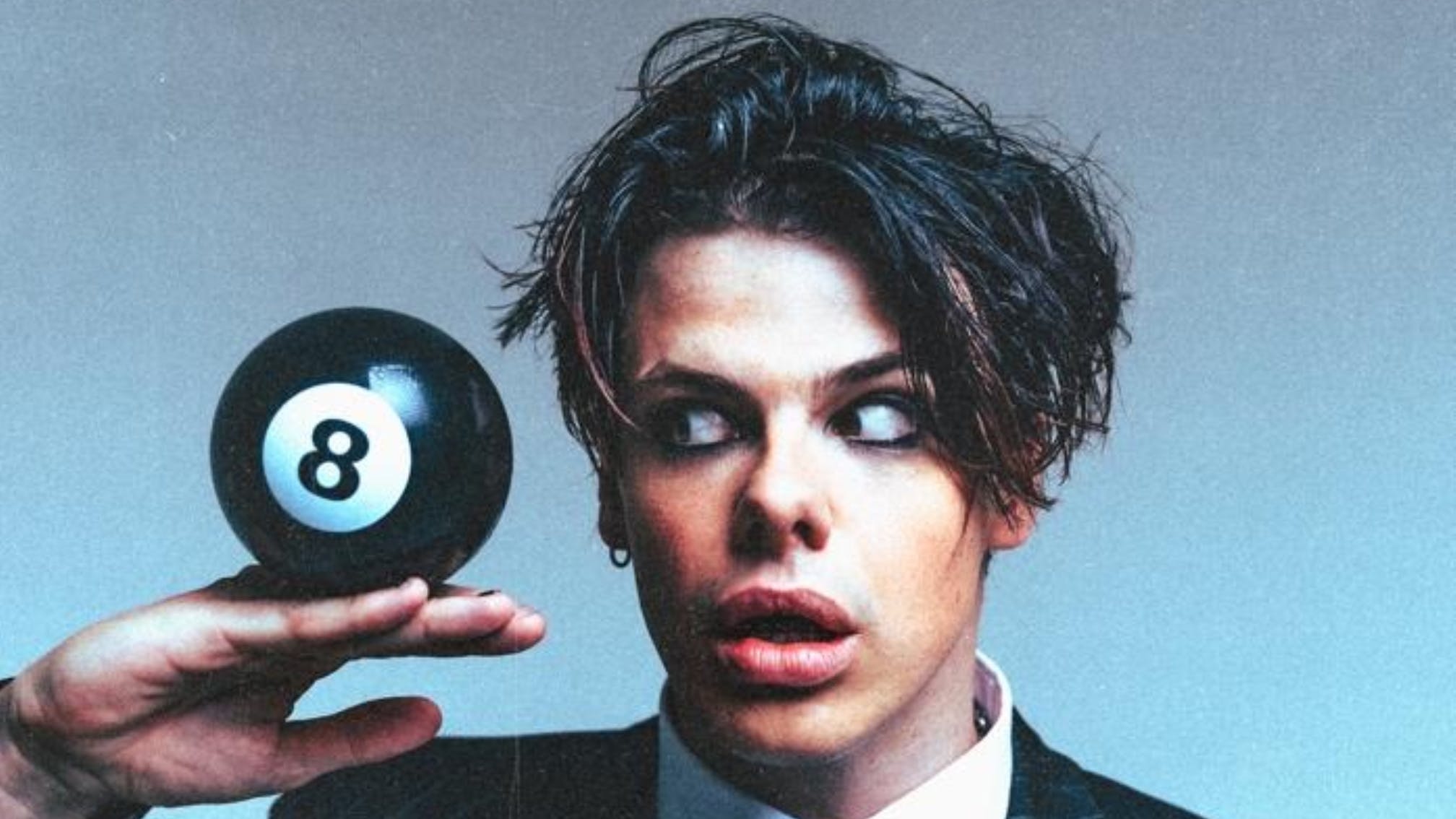 After making an incredible Glastonbury debut, YUNGBLUD is back rolling out his music in riotous style.

Earlier this month the artist caused mayhem at London’s Southbank for a pop-up show, which was later shut down by police.

Taking to social media, the Cotton Candy singer invited fans to participate in the filming video, posting: “Come to Southbank at 3:30pm. No age limit, no applications, come after school, come after work, bring signs, dress how you fucking want. The theme is: ‘Don’t feel like feeling sad today’. Oh yeah, and maybe you might want to bring a water pistol.”

After causing quite a scene, YUNGBLUD has answered fans' requests and dropped a studio version of his heavily teased new single, Don’t Feel Like Feeling Sad Today.

Speaking on the new track, the 24-year-old opens up about what it means to him: “I wrote this song on a morning when I didn’t even want to get out of bed. I sat and looked at the ceiling, head full of so much shit, reading what the internet was saying about me that day, and I just didn’t feel like feeling sad.”

He adds: “I wrote these words to help me stand up. To me this song is what happiness feels like. Happiness with a bite. A defiant sort of happiness. Looking at yourself in the mirror and telling the sadness to fuck off and come back another day. I wanted this song to be a little part of someone’s day, no matter what they're going through they can put this on and feel a bit stronger today. That’s the vision, that’s the dream…”

YUNGBLUD has also released an accompanying music video for the punchy motivational single. The singer explains the idea behind the visualiser: “That’s why when we made the video. It needed to replicate that idea. My manager asked me, ‘What can we do, that no-one else does?’ And the concept came to us. All over the world I meet my fans in the streets, to feel a connection. To look into another person's eyes and see that they’re going through the same things as me. It’s kind of become a ritual of ours. Put it this way, the fucking police all over the world know when we’re town! So I said let's roll some cameras, pull up a truck, no permits, no permission, tell people to meet me at a location and have a massive water fight. Sing, scream, and feel together. Imperfect, raw, real… happy.”