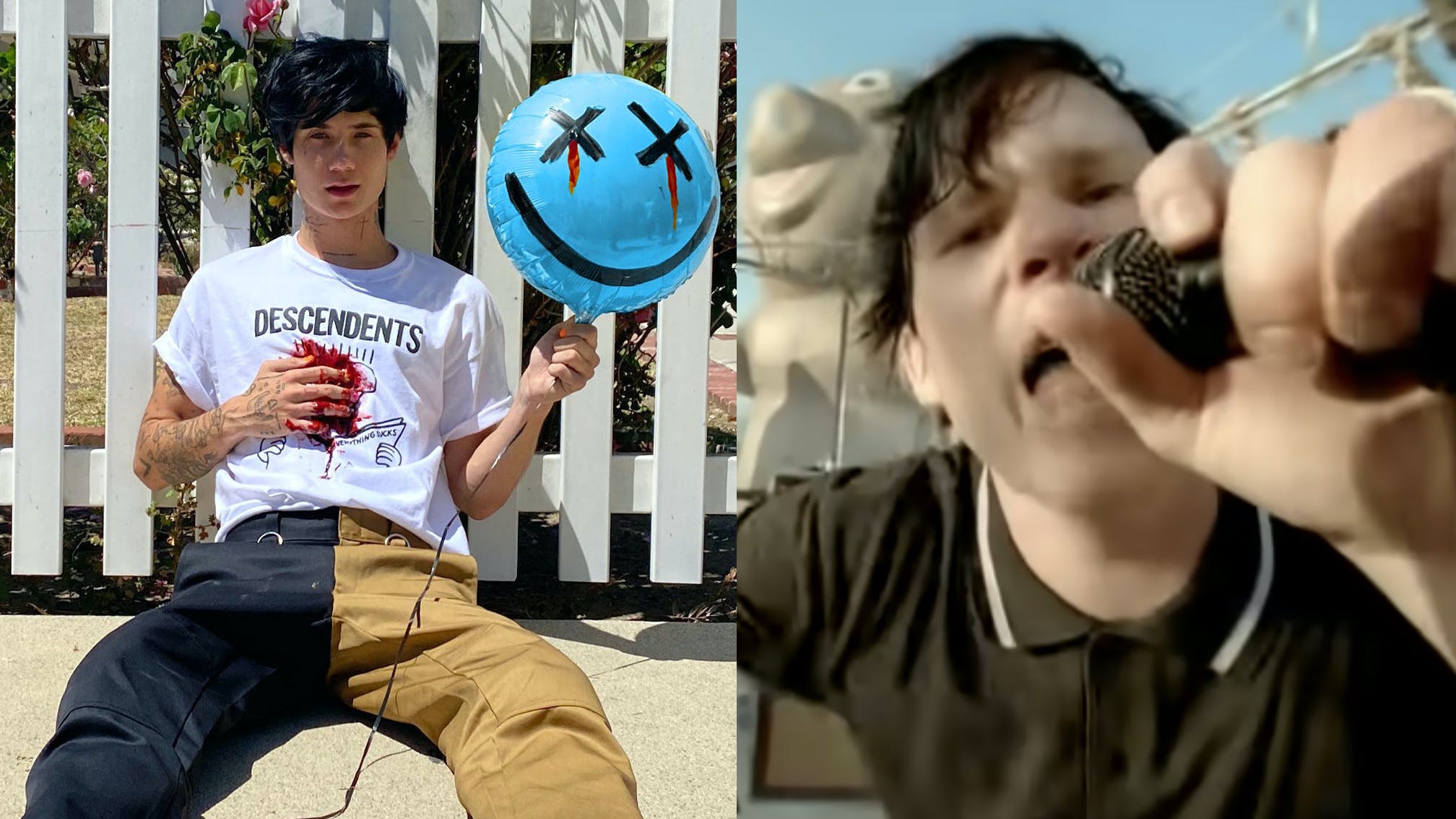 Following the release of his debut LP Tell Me About Tomorrow last Friday, TikTok star turned pop-punker jxdn has shared how it came to be that he sampled blink-182's Feeling This on the album track A Wasted Year.

With the record produced by – who else? – Travis Barker, jxdn tells Zach Sang and Dan Zolot on the Zach Sang Show that the drummer came to him with the idea to reinterpret the 2003 pop-punk classic.

“It’s my favourite song on the album, besides Wanna Be and Tell Me About Tomorrow – those two really stick to me really deep down; one makes me cry, and the other one just is such an honour because I’m with Kells [Machine Gun Kelly]," jxdn explains.

“A Wasted Year is my favourite song. The funny thing about that song is it was gonna be an ‘interpretation’ of a different song of [blink's], and we did it, and it ended up not working out, so we put it on that one and it was much better. I love it; it’s so funny!

“Travis and them came to me and was like, ‘Yo, we should make this.’ I didn’t write that chorus or anything.”

Read this: Why is pop-punk so big on TikTok?

When asked by Dan if he quizzed Travis on why he wanted him to sample a blink track, jxdn jokes of the producer: “When he explains things… I wish I could do it like him, but no-one really can! He’s just so charming and convincing about it. I don’t even know how he brought it to me. He was just like, ‘You wanna do this?’ and I was like, ‘Yeah, of course.’ You know what I mean? It seemed like the craziest thing – and it was. He was right. That’s why I always trust him. He could say anything and I’d do it, pretty much!”

Check out the interview below:

Listen to A Wasted Year:

And, because it's eternally awesome, here's Feeling This: