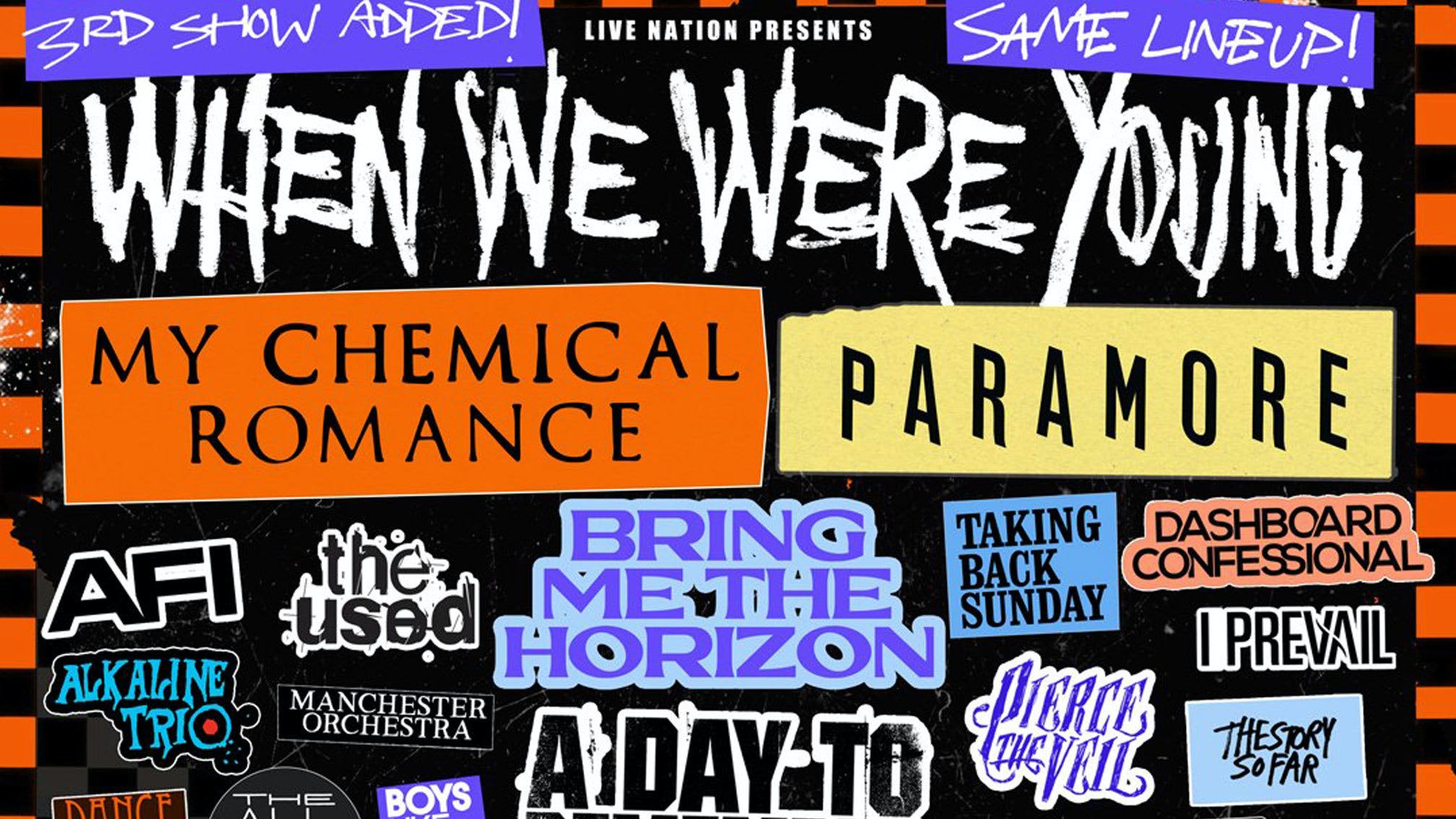 The overwhelming online response to nostalgic emo bash When We Were Young is clearly translating into ticket sales, as the festival has just added a third date after the first two sold out.

The massive line-up – headlined by My Chemical Romance and Paramore – will again be exactly the same for day number three, which is taking place on Saturday, October 29 at the Las Vegas Festival Grounds. The first two dates are happening the weekend before, on October 22 and 23.

WWWY have confirmed a few new details since announcing their first show, sharing that, "The festival will run the majority of the day, from 11am to 12am," and that, "There will be multiple stages of varying sizes placed around the festival grounds with several bands performing at the same time. Full line-up details including set times and performances by stage will be released closer to the festival."

With many fans questioning how long bands will get to play given how packed the bill is, When We Were Young also add that, "The length of set times will vary. Opening acts will have shorter set lengths while headlining performances can range up to an hour or more."

Pre-sale starts for this newly-added show on Monday, January 31, at 10am PT.

Read this: Remembering the bands making a comeback at When We Were Young Fest

Pierce The Veil drop new single, Even When I’m Not With You

There’s just under a month to go until The Jaws Of Life, and Pierce The Veil have unveiled the next single from the album…

In pictures: Pierce The Veil’s long-awaited return to London

Pierce The Veil played a two-night stint at London’s O2 Forum Kentish Town as part of their first UK headline tour in six years… and this is what it looked like.

Pierce The Veil have confirmed details of the long-awaited follow-up to 2016’s Misadventures, and dropped new single Emergency Contact.