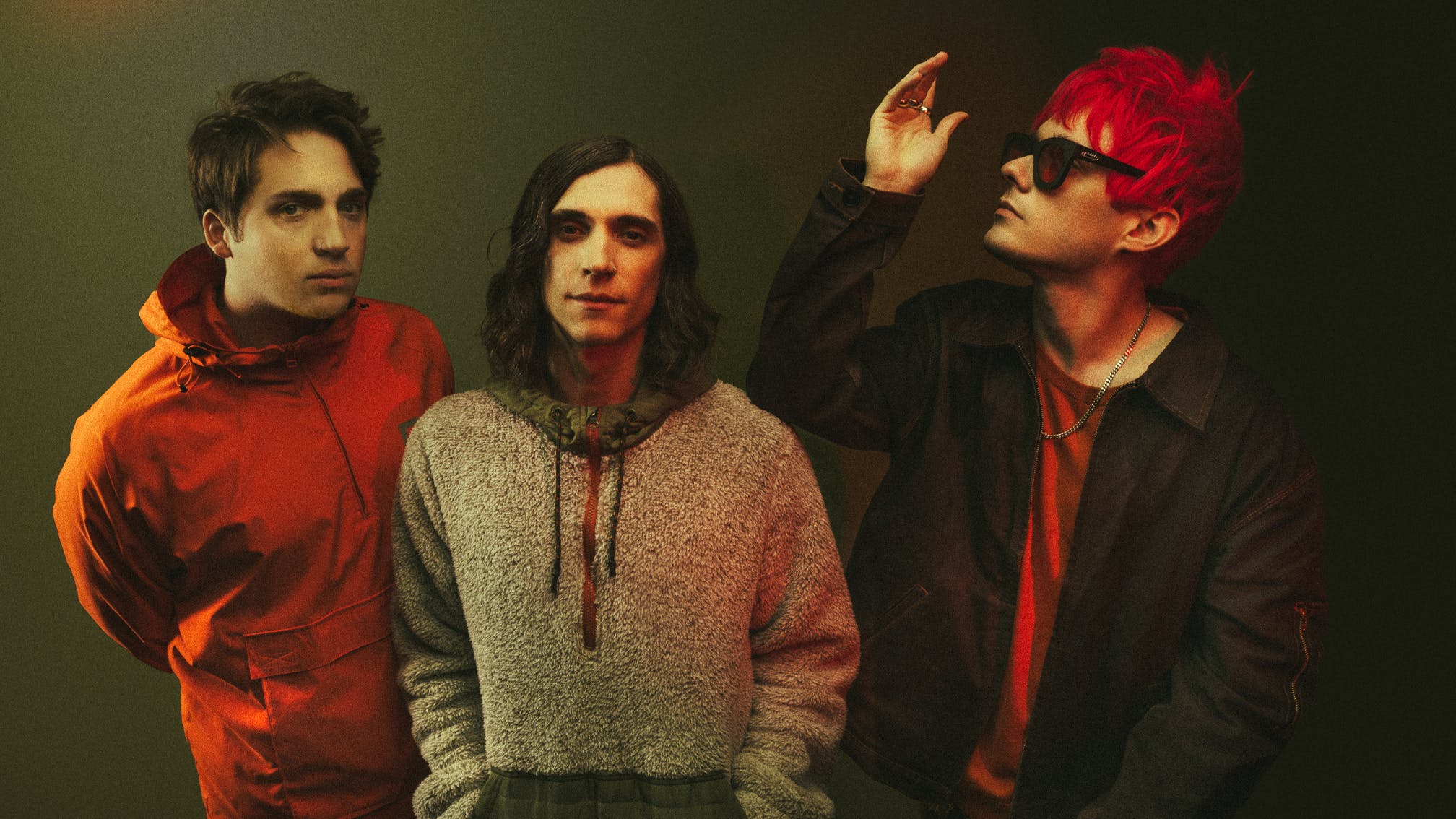 While they’re currently on the road in the U.S. supporting blackbear on the Nothing Matters Tour, Waterparks have just announced a brand-new single.

And it’s a collab with the headliner of the tour, with the band announcing that they’ve teamed up with bear for a new single called Fuck About It (you can presave it now although there doesn’t seem to be a confirmed release date yet). Fuck About It will follow Waterparks’ 2022 singles FUNERAL GREY and SELF-SABOTAGE, and blackbear’s recent album In Loving Memory and his collab last Friday with GAYLE.

Earlier this year, we asked Waterparks frontman Awsten Knight if they’re moving on from last year’s awesome Greatest Hits album already, and the singer agreed that that era of the band was “done”. “I get impatient, and nobody has the best memories associated with their ‘pandemic albums’,” he said. “And with so much good, bright new shit ready to go, it’s hard to not move forward.”

Awsten also teased: “A lot of what’s been – and being – written is very extroverted, because Greatest Hits was conceptually over the course of a night, and had a lot of references to indoor shit, and this one I wanted to feel almost like a reintroduction into daytime. And that’s kind of how things are right now – I’m not saying, ‘Everything’s over, throw away your masks!’ I’m not saying that at all, but people are going back out into the world, and they’re re-socialising and re-experiencing things again for the first time in a long time, and a lot of these songs are about those kinds of connections.”

Read this: blackbear: “A rock star used to be sex, drugs and rock’n’roll, and now it’s mental health, appreciation and patience”