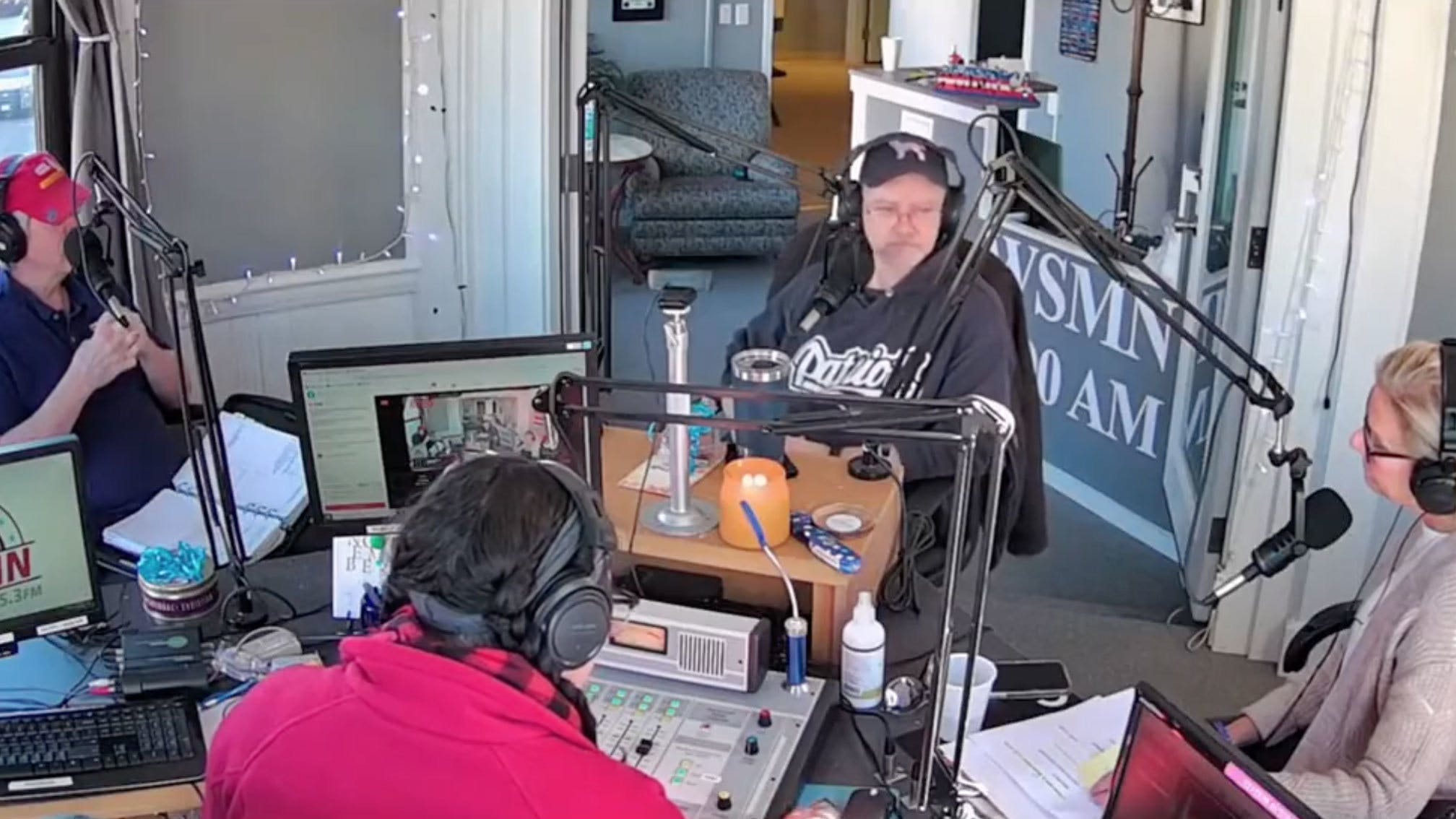 A genius video of a punk fan trolling a conservative radio station has gone viral on Twitter.

Illustrator Rob Dobi phoned up the Life With Liz show under the name Bill, with the hilarious idea "to name as many punk bands as I could before they caught on" (which, spoiler alert, they seemingly didn't).

In fact, 'Bill' did outrageously well, rattling through some slightly less conspicuous names like Sick Of It All, Rancid, Misfits and Minor Threat (which you could maybe expect to slip into conversation without someone realising), and somehow managing to shoehorn in the likes of blink-182, Reel Big Fish and Fall Out Boy.

"One of my main problems is… I’m a Republican in a fairly liberal area, sometimes I feel like everyone is just Against Me!," he begins.

"I feel like what we need to do is listen to what our Descendents told us. ’Cause in the past we Refused to live a Life Of Agony. I’m Sick Of It All. Im sick of people thinking we’re just a Minor Threat. Enough of that Fugazi. A lot of these people just got Bad Brains, that are Misfits that waive Black Flag and they’re practically Anti-Flag. I think we need to Converge and help the Youth Of Today because every time you blink, 182 kids, they go missing…"

Watch and marvel at Bill / Rob's conversation below:

Read this: Sick Of It All’s Lou Koller: “It’s about being respectful to everybody. Treat everybody cool. That’s the key to everything”