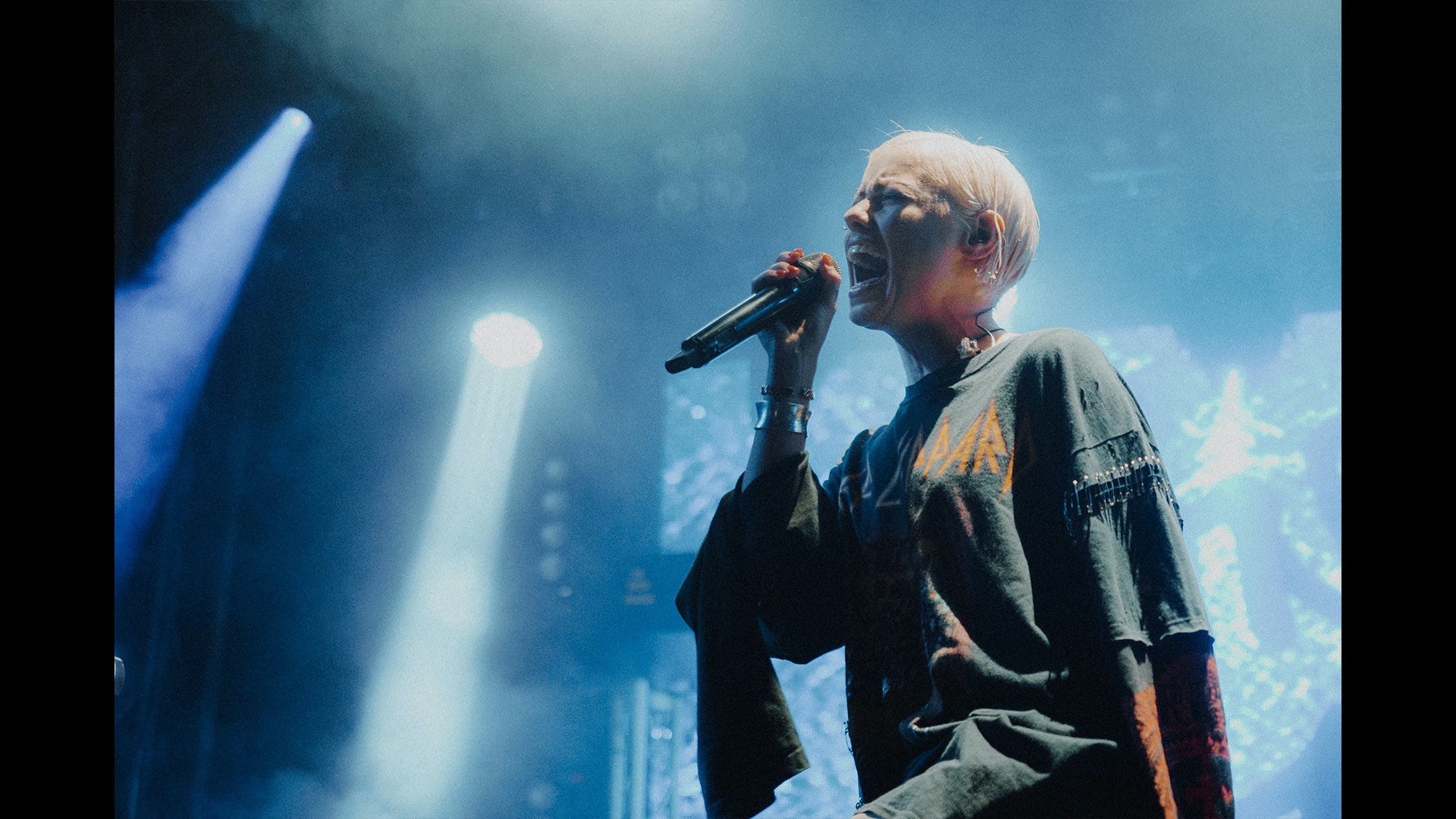 The incarnation of Tonight Alive at UNIFY Gathering 2018 are a pretty different beast to the band who played this very same festival two years ago. A lot has happened since their 2016 appearance, with the release of two records – Limitless and Underworld – and the recent departure of guitarist Whakaio Taahi.

Despite the more testing periods that the Sydney four-piece have faced in this time, though, spirits are incredibly high – and especially so given that Tonight Alive's UNIFY set is something of a release party for fourth full-length Limitless.

Kerrang! grabbed five minutes with vocalist Jenna McDougall and drummer Matt Best, in between mingling with band-buddies on the bill and their evening set, to find out how they were doing…

Hey, guys! After everything you’ve been through over the past couple of years, are you starting 2018 off with some PMA?

Jenna: “Oh yeah! I only heard that for the first time the other day. It’s good, although it reminds me of PDA [public display of affection], so I was just checking! We’re in a good headspace right now, and I think we’re really refreshed.”

Matt Best: “I think for all of us, in all our music, it’s always been about PMA and encouraging people. And I think this new album is hitting the nail on the head with everything – the sound and the lyrical content. It’s going to be a good year!”

And is kicking off your 2018 with a festival in your home country a good way to start that?

Matt: “It’s a pretty sick way, yeah! We’ve got a lot of friends with us here as well, and I think if it pours down with rain during our set too it’s going to be something to remember (laughs).”

Is this happier mindset you're experiencing something that fans have picked up on?

Jenna: “Even though [2016 album] Limitless was really challenging to make and then to tour, we still believed in the record. We still performed our hearts out. It was a huge year for us, and we were on the road for nine months, and we were still very much connected to our fans. We were speaking the truth, and even through that turmoil I felt my happiest and most connected to our message and our mission. I was really in the flow with that record cycle, despite it being challenging. So I think it can only get better with Underworld, because we’re still coming from that place where people will be able to respond to the music better. They can be more connected than they were Limitless, because it was quite a change.”

You’re coming over to the UK in March – is the rain here getting you in the mood for that tour?

Matt: “[The cold weather is] going to be a slap in the face! We fly out to New York City this week and those airports have been shut and frozen over. We’ve come from a very hot, muggy summer. But the UK is one of most favourite places to tour, so we can’t wait to get back there. We’re revisiting a lot of rooms that we were playing at the start of the Limitless cycle, and The Other Side as well, which was a really cool time for us as a band. So to revisit those sorts of rooms, in support of a new record, is gonna be epic.”

What’s the plan for the rest of the year – maybe some summer festivals after your UK tour?

Jenna: “We’d like to, absolutely. Nothing is set in stone right now, or announced, but the plan is to be on the road as much as possible this year!”

Catch Tonight Alive at the following dates in the UK…

The Sydney quartet offer salient advice to that young band starting out in 2008...