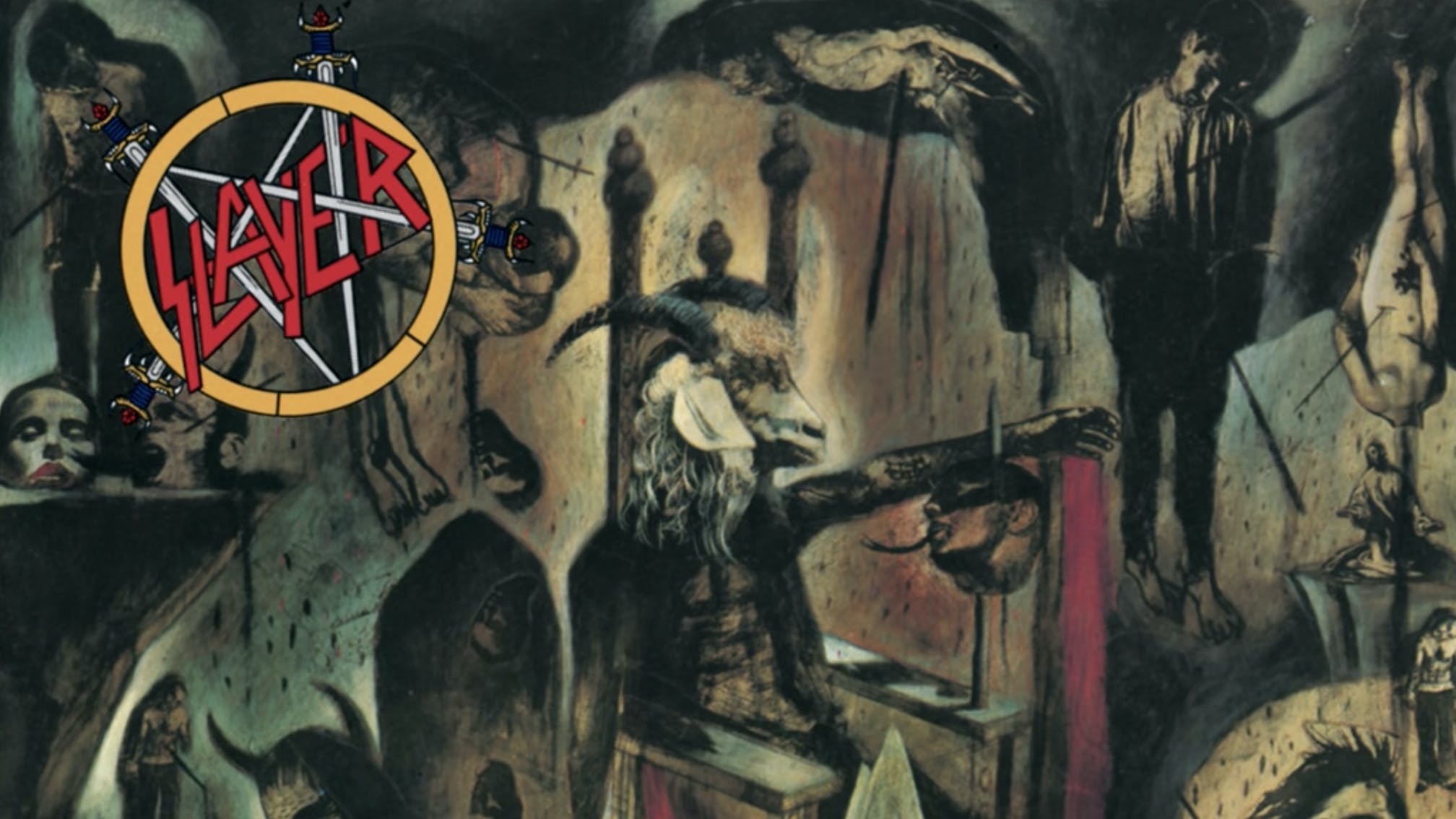 It takes just 28 minutes and 58 seconds for Reign In Blood to tear the competition apart and gorily crown itself the ultimate thrash album. Even now, the intensity, fury, speed and gut-punching heft that explodes out of it is utterly devastating.

Recorded by producer Rick Rubin with the intention of bringing the aggressive guitars and Dave Lombardo’s machine-gun drums right to the fore, rather than having them heavily reverbed and spooky as on the band’s first two releases, the aural violence Slayer detonate is beyond heavy. The album’s short running time is a result of the band playing the songs with such anger at record label interference that they managed to reduce their duration in the process. It all adds to what is, effectively, a weapon in musical form.

But it wasn’t simply Slayer’s music that was heavy. Their entire attitude screamed bad vibes and controversy. Had the band got two shits to rub together, they might have thought twice about opening the album with a song about Nazi doctor Josef Mengele, the first word of which is a blunt, yelled ​‘Auschwitz’. As it was, though, neither the song’s author, Jeff Hanneman (who defended the lyrics saying, ​“We don’t need to tell you he’s a bad guy”), nor the man who had to sing it, Tom Araya, were in the least bit bothered about any backlash.

The rest of the album is no less aggro. It is like a rabid dog pulling on the end of its chain, frothing at the mouth, choking with anger. At times, you can’t actually make out the words Tom is singing on Necrophobic or the rapid-fire Jesus Saves, such is the speed of his delivery, while the ending of Raining Blood that closes the album is a disorientating blur.

“If you want a picture of the future,” wrote George Orwell in his book 1984, ​“imagine a boot stomping on a human face, forever.” If you want to know what that would sound like, here it is in 29 minutes and 10 tracks of the most aggressive, middle-fingered and thrilling music ever written.

It is absolute perfection.

How God Hates Us All made Slayer great again

In 2001 Slayer re-established themselves as kings of metal with their church-baiting warcry God Hates Us All.