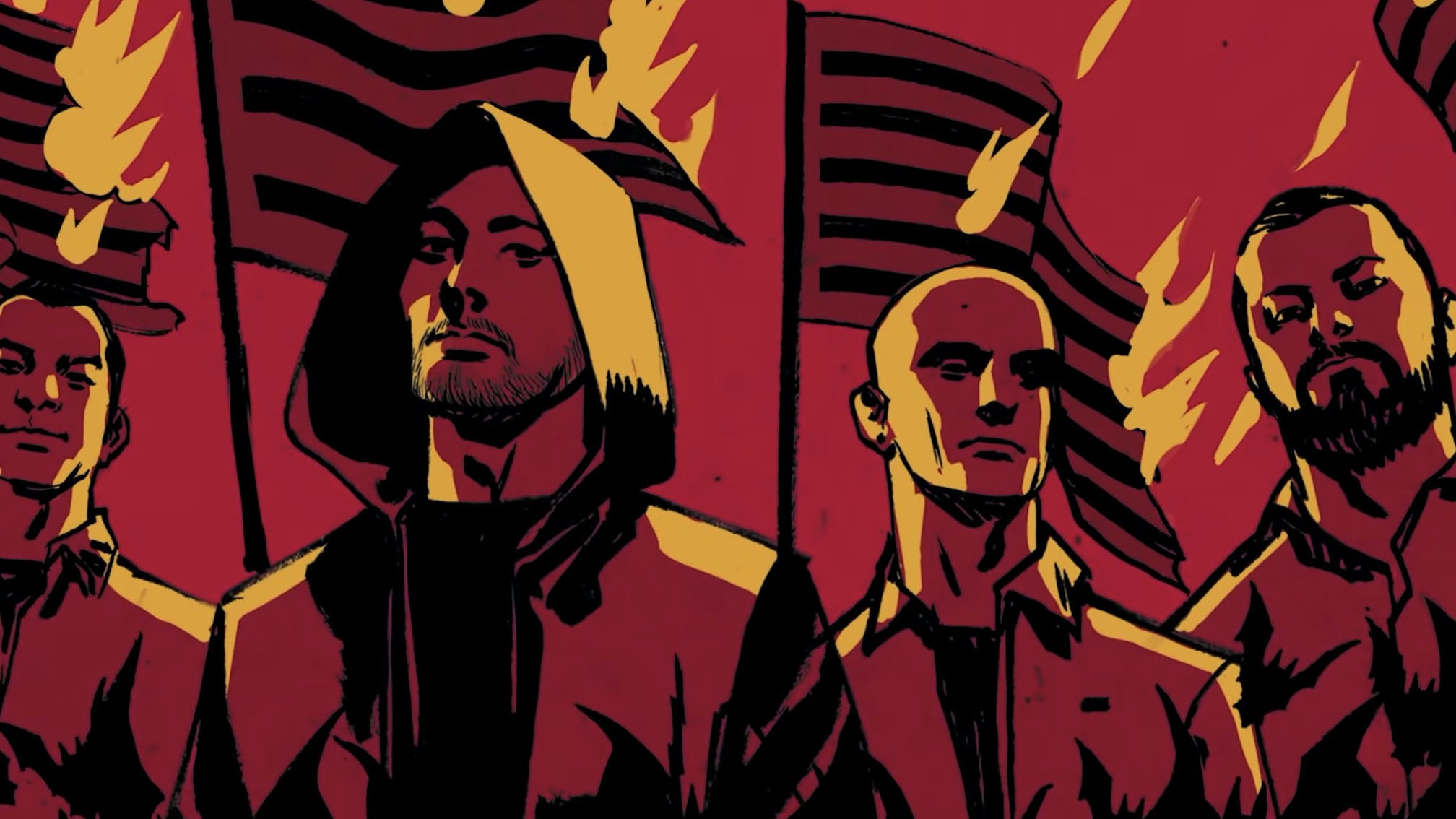 After frontman Tim McIlrath recently confirmed that Rise Against have new music ready to go, it looks like fans are going to get to hear fresh material from the Chicago punks very, very soon.

The band have joined forces with DC Comics to release the lead single for the Dark Nights: Death Metal soundtrack, with Rise Against's effort appropriately titled Broken Dreams, Inc. The song itself is expected to arrive on September 16 via Loma Vista, while the full soundtrack's release date and band line-up is arriving shortly, too.

“Personally, being involved with this soundtrack is really fantastic,” enthuses Tim. “Growing up, my little brother and I would ride our bikes to the newsstand near our house and spend all our money on the latest comic books, and Batman was a favourite. Also, Zach, our guitarist, is probably the biggest comic book geek in our band. He’s talked about how, along with his brother and father, they were all big DC fans – Batman, Robin, Superman, Aquaman, all the comic book series, the TV shows, and feature films. So, yes, we’re all very excited about being part of this.”

“In Dark Nights: Death Metal, Loma Vista Recordings and I saw an opportunity to bring artists together to create a diverse soundtrack that is inspired directly by this incredible comic series,” explains composer and executive producer Tyler Bates. “Our intent is not to literally create a death metal soundtrack, but instead, to illuminate the darkest corners of each character’s psyche from an authentic perspective that is thematically inherent in death metal music.

“But a soundtrack is merely a collection of songs unless it is holistically intertwined with the story teller’s original work,” he continues. “With the support of DC and Loma Vista Recordings, and with the help of several artists, I’m creating a short-form animatic film series derived from Greg Capullo’s original artwork for Dark Nights: Death Metal. I’ve invited artists on the soundtrack, and pop-culture personalities alike, to voice the characters illustrated in Scott and Greg’s masterful take on classic DC characters. This has possibly never been more relevant to real life than the challenging time the world is currently experiencing.”

Check out a snippet of Rise Against's Broken Dreams, Inc. below:

Read this: 20 albums that changed how we think forever

Watch the trailer for Moby’s directorial debut, Punk Rock Vegan Movie, which he plans to “give away” after its world premiere at Slamdance on January 20.

Rise Against’s Tim McIlrath: “If people had a ‘Tim for president’ bumper sticker, I’d say, ‘Slow down, I’m often full of as many questions as you are’”

Rise Against’s Tim McIlrath gets put under the K! Interview spotlight to discuss rebellion, being a punk and hardcore ‘veteran’, and why it’s okay to not have all the answers…

Frontman Tom DeLonge is officially back – again – with blink-182, with the iconic pop-punk trio set to head out on the road for their biggest tour ever. Oh yeah, and new single Edging is dropping this Friday (October 14)!

Rise Against have followed up 2021 album Nowhere Generation with a five-song EP, with the collection written and recorded at the same time as the original record.

Listen: IDLES have completely reworked Rise Against’s Talking To Ourselves

Don’t let Blue Monday get you down… we’ve made a playlist full of PMA to help you!

There have been plenty of absolutely incredible albums released in 2021. Here are all the records that have rocked our individual years…