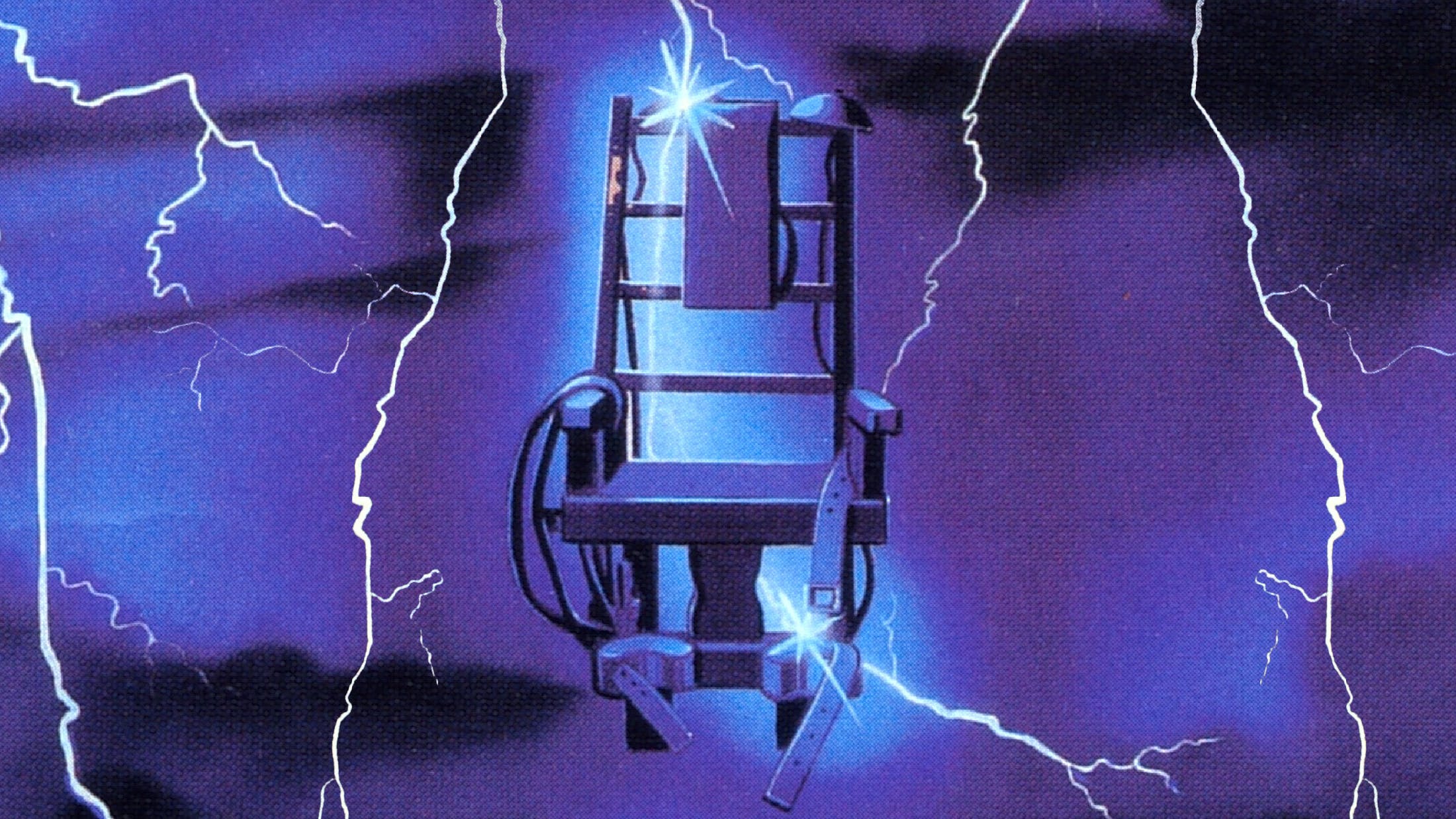 1983 was a landmark year for hard rock and heavy metal. Quiet Riot became the first metal band to top the Billboard album chart in America with their Metal Health album, Van Halen and a stellar supporting cast (Ozzy Osbourne and Judas Priest among them) drew 375,000 headbangers to the ‘Heavy Metal Day’ at the U.S. festival, and ZZ Top and Def Leppard released, with Eliminator and Pyromania, two of the decade’s biggest-selling rock collections. Drilling deeper, Kerrang!’s Albums Of The Year list for ’83 provides an instructive insight into the contemporaneous state of the hard rock/heavy metal community, with LA glam newcomers Mötley Crüe and Ratt featuring in the critics’ Top 10, Ronnie James Dio being acclaimed for his solo band debut Holy Diver and Manowar and Accept drawing plaudits for Into Glory Ride and Balls To The Walls, respectively. It is notable however, that for all the column inches that would later be devoted to the nascent thrash metal scene, neither Slayer’s Show No Mercy album, nor Metallica’s debut Kill ’Em All, featured among the 20 AOTY selections.

It’s doubtful that Metallica would have paid much attention at the time. In the winter of 1983, James Hetfield, Lars Ulrich, Kirk Hammett and Cliff Burton were utterly focused on the writing of their forthcoming second album. Excited by the progress they were making in the garage of James and Lars’ El Cerrito home, on Halloween night the quartet premiered three stunning new compositions – Fight Fire With Fire, Creeping Death and Ride The Lightning – at the Keystone club in Palo Alto. Also amid the dozen songs played that night was a lengthy new instrumental track titled When Hell Freezes Over, soon to be renamed The Call Of Ktulu. Complex and melodically sophisticated, the latter track in particular served notice that the local heroes were fast outgrowing the thrash metal community they’d helped spawn.

It’s difficult to underestimate here the pivotal roles which ‘new boys’ Cliff Burton and Kirk Hammett, both trained musicians, played in the group’s development. Save for Cliff’s bass solo on (Anaethesia) Pulling Teeth, neither man received a single songwriting credit on Kill ’Em All, which was entirely written before the bassist and lead guitarist joined the group. By comparison, on Ride The Lightning, Kirk is credited with co-writing four of the eight tracks, Cliff no fewer than six. It should also be remembered, though, that at the time they recorded Kill ’Em All, Metallica’s principal songwriters James and Lars were just 19 years old, and many of their early Diamond Head-meets-Motörhead songs were penned in their very first rehearsal sessions. Buoyed by the rabid reception they had received on their first national tour, a co-headlining trek with Geordie NWOBHM heroes Raven dubbed the Kill ’Em All For One tour, the ambitious duo were determined to take their singular vision for their band to new heights.

Ride The Lighting was recorded over the space of three weeks, from February 20 to March 14, 1984, at Sweet Silence studio in Copenhagen, Denmark with producer Flemming Rasmussen. The location was Lars Ulrich’s choice: the drummer had noticed that Rainbow’s Difficult To Cure album had been recorded in his former hometown and realised that exchange rates meant that Metallica would be able to record at Sweet Silence for a fraction of the fee they would pay for a similar quality Californian recording studio. 1984 had started badly for the group with the theft of guitars and equipment – including James Hetfield’s favourite Marshall amp – ahead of a scheduled club show in Boston, but by the time the quartet arrived in Copenhagen they were in high spirits, following the completion of their first ever European tour, as support to black metal pioneers Venom. Flemming Rasmussen was impressed by the group’s professionalism (though less so initially by Lars’ time-keeping), and helped shape three new songs – the crunching For Whom The Bell Tolls, Trapped Under Ice and Escape – in the studio.

When the album was in the can, Metallica headed to England for the first time as a band, for two shows at London’s fabled Marquee club. Those is attendance at the first of these, on Match 27, can boast to having been among the very first to have heard the album’s title track played in the UK.

Ride The Lighting was released on July 27, 1984 on Music For Nations in the UK, and Megaforce Records in America. In his review of the album in Kerrang!, long-time supporter Xavier Russell pronounced the album “nothing short of breathtaking”. Only an idiot would disagree. On every level – songwriting, dynamics, musicianship, lyrical depth – Ride The Lightning represented a quantum leap from the feral, raw fury of Kill ’Em All. The sound of four increasingly confident and capable young musicians growing into their own skin, it’s a fearless, uninhibited declaration of independence from a band who refused to be contained within the ‘faster, louder’ parameters of their debut. On first listen, the most striking departure was Fade To Black, Metallica’s first ever ballad, dealing with themes of suicide, helplessness and despair, written by a broken-hearted James Hetfield following the theft of the band’s gear in Boston.

“I’m sure I wasn’t really thinking of killing myself,” he later noted, “but it was my favourite Marshall amp!” For thrashers, Fight Fire With Fire and Creeping Death were emphatic proof that the group had lost none of its ability to rage. The only real misstep among the eight tracks is the overly-slick Escape, a blatantly transparent (and ultimately unsuccessful) attempt at writing a commercial radio hit. Such was the band’s own dislike of the track that Escape wasn’t played live until 2012 when the quartet performed Ride The Lightning in its entirety for the first time at their own Orion Music Festival.

If Ride The Lightning lacked a hit single, though, it succeeded on almost every other level. Before the year was out it secured the band a major label deal in America with Elektra, major league management with Q Prime, a first Kerrang! cover – featuring Lars Ulrich sprayed silver as the striking image – and a silver disc for 60,000 European sales of the album, presented to the band after their sell-out show at the Lyceum in London on December 20, 1984. Even as the champagne corks were popping backstage though, the quartet had their eyes fixed on the road ahead, and bigger prizes.

“Cliff Burnstein, who signed us to our new management deal in the States, has this big belief that what we are doing will be the next big thing in heavy metal,” Lars confidently told a writer for Metal Forces fanzine. “I honestly believe that the kids who are into Priest, Maiden, KISS, and [Twisted] Sister will take onto what we’re doing. I’m not saying it’s something that’s going to happen overnight, but it could start developing and Metallica could be the frontrunners of a new branch of heavy metal.”

Not for the first time, the cocky young Dane would soon be proved entirely correct in his judgement.