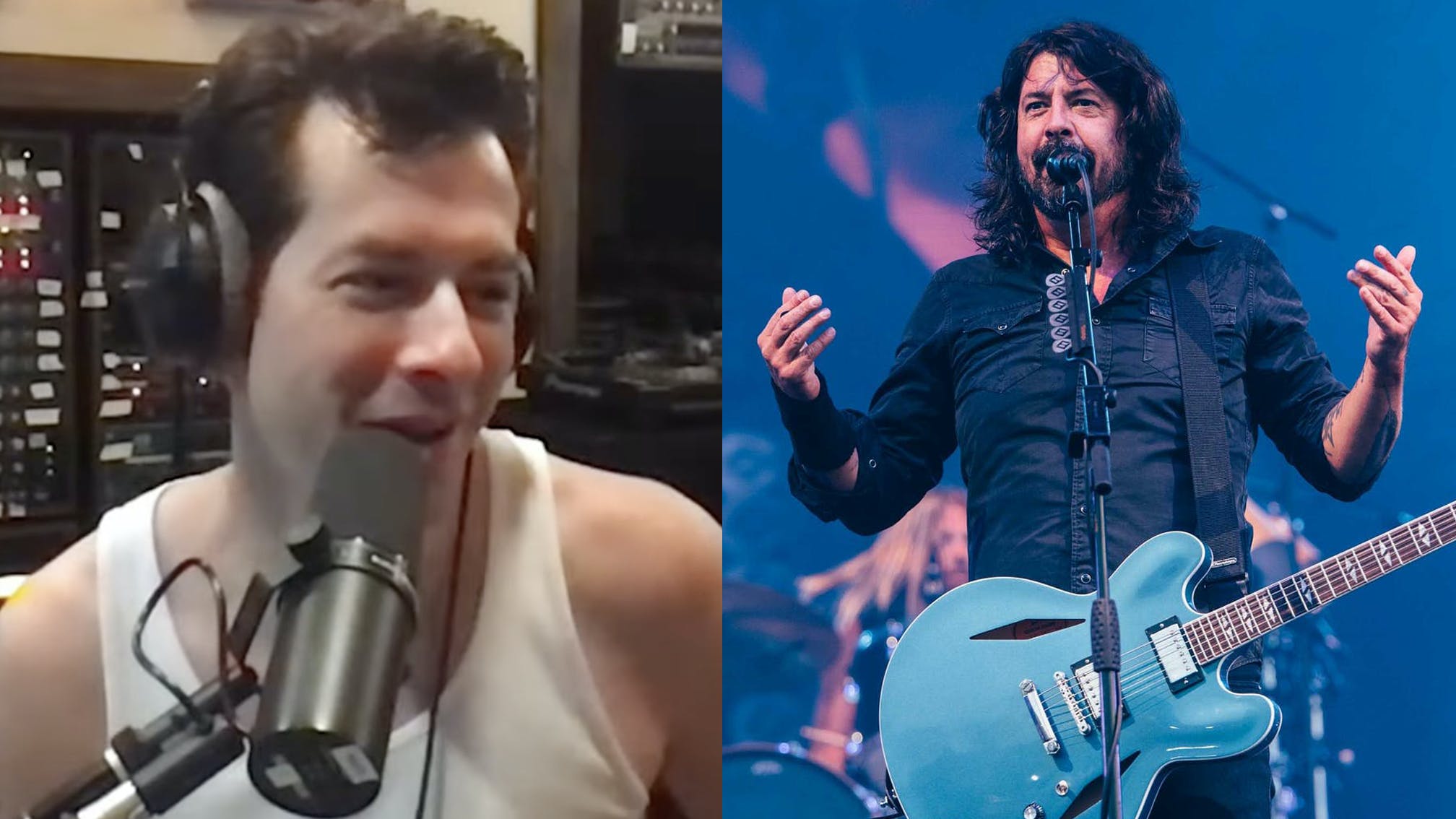 To celebrate the release of new Apple TV+ docuseries Watch The Sound, Mark Ronson has spoken about some of his studio experiences with Zane Lowe on Apple Music 1, and revealed that he once had to ask Dave Grohl to leave the room.

During the making of Queens Of The Stone Age's 2017 record Villains, the Foo Fighters frontman popped by as the rock titans were working on that same year's Concrete And Gold LP. But, according to Mark, Dave was somewhat disrupting the session, and the producer – a huge Foos and Nirvana fan – told him to get out of the studio.

Read this: The 20 greatest Queens Of The Stone Age songs – ranked

When Zane asks specifically why Dave had to go, Mark explains: "I think we were doing maybe Villains or Fortress – a very personal song on the record. And it was the first time Josh had really found that emotional place to get to, to sing that record. We had tried it a few times and I think Dave and Alison Mosshart were maybe next door getting jolly…"

He continues, "I think at the beginning, they went next door making their record with Greg Kurstin, the East West, and we were at United. And I think, like, I was the newbie. And at that time I liked to probably dress a little too involved for going in the studio. I think Dave was hazing me. He was just testing how he could push me into every now and then come by with three pairs of basketball shorts and be like, 'Do you ever wear shorts?' It was funny, and then I was like, 'I don't know if this guy even likes me.' But I think he was just like hazing the new guy a little.

"But at that moment, when you're the producer, it doesn't really matter who it is: your job is to just fortress your guy's studio, protect the artist, protect the vulnerability, all this stuff at any cost. So unfortunately, even if it was Dave Grohl, Stevie Wonder, whoever would have come in at that moment… I would have had to have been like, 'Please, please come back.'"

Read this: 16 rock and metal bands who’ve never let their fans down