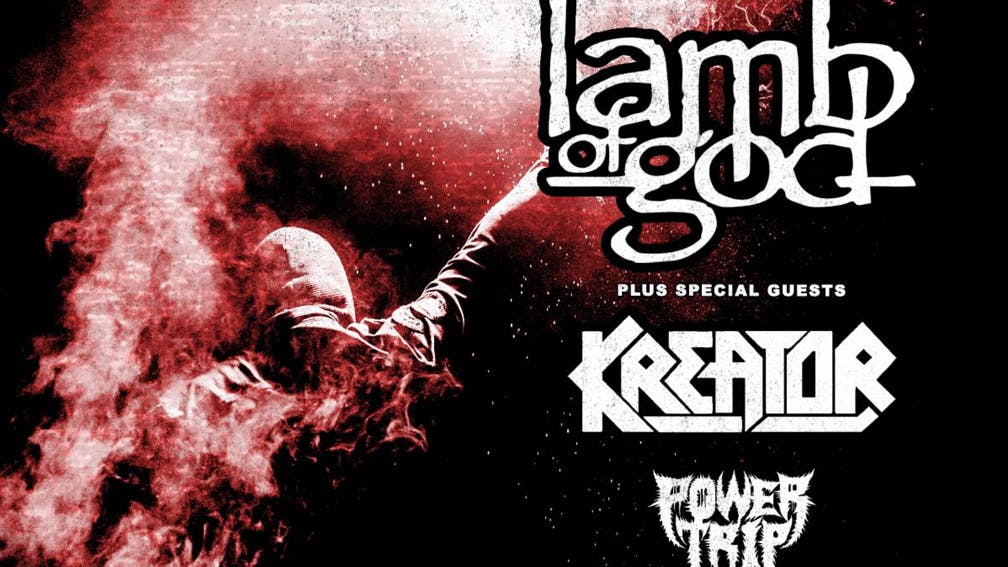 The run of shows – dubbed the State Of Unrest Tour – will see LoG joined by German thrashers Kreator and and Texan mob Power Trip. The band should hopefully have a new record out by the time they hit the road for these shows in April 2020, with Lamb Of God recently announcing that new drummer Art Cruz had been working with them on album number eight.

Read this next: Randy Blythe shares his thoughts on the state of music in 2019

“It’s always a blast when you tour with someone for the first time, so we’re looking forward to hitting the road with Kreator, as well as getting some more hang time with our maniac pals in Power Trip," says Lamb Of God frontman Randy Blythe. "See ya in April!”

Grab your tickets to see Lamb Of God, Kreator and Power Trip from 10am on September 6 (this Friday) via the Kerrang! Ticket Store.

Catch Lamb Of God live at the following dates:

Read this next: What's the Westboro Baptist Church's problem with rock music?

Lamb Of God postpone UK and European tour to 2023

Lamb Of God’s State Of Unrest tour is moving back a few months “due to unforeseen circumstances”.

Lamb Of God have announced the first-ever Headbangers Boat cruise

Lamb Of God, Mastodon, Hatebreed, GWAR and more are setting sail on the Norwegian Pearl next year…

Lamb Of God’s Randy Blythe: My life in 10 songs

From run-ins with the law to reflections on his home state of Virginia, Lamb Of God frontman Randy Blythe looks back over more than two decades on metal’s most cutting edge…

Inside the cult of GWAR: “We might be weirdos, but there are a bunch of other weirdos out there, too…”

Severed heads. Geysers of bodily-fluid. A ‘cuttlefish’ doubling as an alien penis. For 36 years, GWAR have thrived as oddball outsiders, blurring the line between shock rock and absurdist theatre. To celebrate documentary This Is GWAR, we find out why The Scumdogs Of The Universe – and their fanbase of ‘Bohabs’ – keep coming back for more…