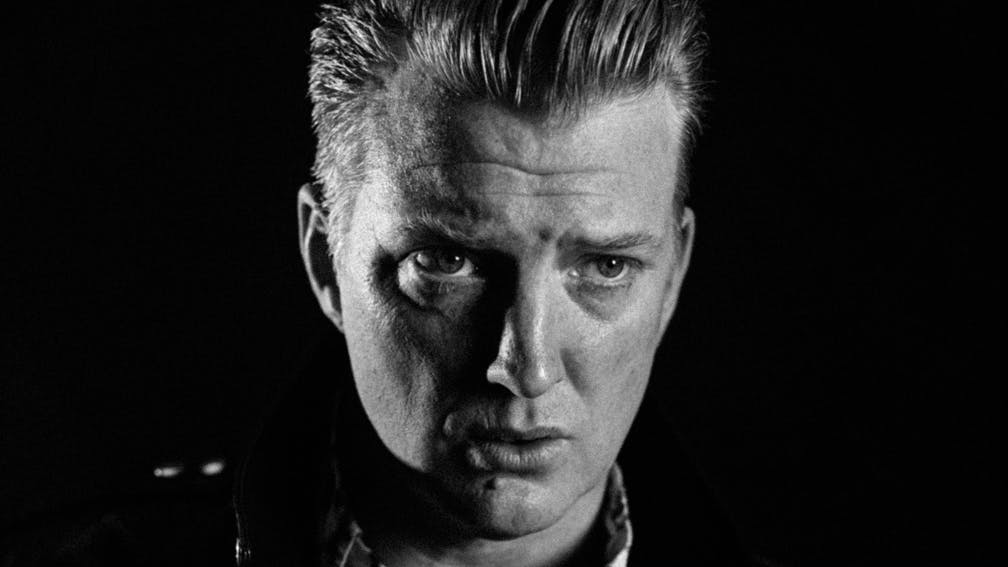 To coincide with the 25th anniversary of their final album, …And The Circus Leaves Town, Josh Homme has spoken about his first band, Kyuss, and how for "the last few years", he's been thinking about "doing something special" in a live setting for fans of the much-missed desert rock titans.

Of course, the Queens Of The Stone Age frontman had previously declined to take part in the Kyuss Lives! reunion tour back in 2011, with he and bassist Scott Reeder later filing a federal lawsuit against vocalist John Garcia and drummer Brant Bjork citing "trademark infringement and consumer fraud" over the band name. Now, though, despite everything that has gone on behind the scenes (and publicly), it seems like he still wants to give Kyuss the proper send-off they deserve.

"My philosophy has always been, never do a reunion, never do a sequel," he tells Kyuss World Radio (via Blabbermouth). "It's not what it was; it's what it is. And that's kind of how I've felt. A legacy that involves having been at the epicentre of a scene that got created, it's so fragile; it's like an ice sculpture. And I don't wanna be a blow dryer on that thing. That being said, I was in full support of Kyuss Lives! and I would go to the shows and I told them as much, until what Brant and, unfortunately, what John tried to do. And that was terrible."

He continues: "But to be honest with you, and to answer your question, there have been times I thought it cannot end that way, and the only real way to end it correctly now would be to play."

Josh adds that "especially in the last few years" he has thought about "doing something special" – not just for the benefit of Kyuss fans, but also his ex-bandmates.

"…Even to make up for that mistake of Brant and, unfortunately, John, to make up for it. [I thought we should] play and give all the money away," he ponders. "Like, play for the fans – cover your costs and make it five bucks. Figure out a way to be, like, this is how the punctuation will end the sentence of this band. Because it was never about money – it never was about money. It never was about fame, and when it felt like that was the move they were making, I was so sad."

Read this: How QOTSA's Rated R brought desert rock into the mainstream

Rolling back three decades to 1991: one of the greatest years for heavy music

How Kyuss Became The Coolest Cult Band Ever

There was more to Kyuss than their music, it was a feeling and an attitude that simply couldn't be matched

’MURICA: 13 Songs For Crushing Beers And Blowing Shit Up This 4th Of July

This July 4th, our U.S. team put together a list of 13 metal songs that'll blow you out of your camo shorts.