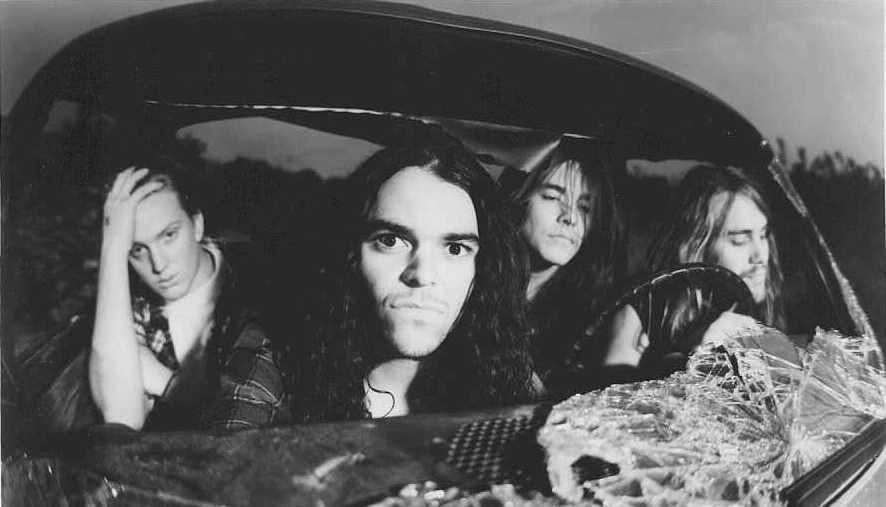 So, Josh Homme’s finally said it: he’d be up for some sort of Kyuss reunion. Chatting to fan-run Kyuss World Radio earlier this month, as well as ruminating on the silver anniversary of the band’s final album, 1995’s …And The Circus Leaves Town, the Ginger Elvis admitted that he’d been thinking about a possible way to celebrate his former band, while also laying them to rest for good.

Pondering the notion of doing it “for five bucks” in order to cover costs but keep the spirit pure, with no real money involved, Josh also expressed a wish to do it in order to end the band’s story on a more positive note than 2011’s Kyuss Lives! reunion-of-sorts did – where John Garcia, bassist Nick Oliveri and drummer Brant Bjork toured and played the band’s music, which ended in a lawsuit from Josh and other former-bassist Scott Reeder. This proposed DIY/labour of love approach sums up what made Kyuss so special and so swaggeringly magical in the first place.

Kyuss really were the coolest band of their lifetime. With their baking-hot riffs, languid, serpentine grooves and no rush to get anywhere faster than absolutely necessary, they truly encapsulated the vastness of the California desert from which they grew. Listen to Gardenia from 1994’s perfect Welcome To Sky Valley album, and it’s like a window into one of their legendary ‘generator party’ gigs out in the desert – not-entirely legal happenings where the band would set up miles from anywhere, with amps powered by generators, and play under the sky for the people clued-in enough to know where to go. They didn’t just sound awesome, they sounded right.

There was something of the psychology of living in the desert in them, too, a feeling of being untouched by outsiders. When Josh said the band were never about money or fame, the proof is in the inward-looking vibe they cooked up. In the early ’90s, when the Seattle grunge explosion caused major labels to wave chequebooks at any band of scruffy blokes with fuzzy guitars, it would have been easy to get on the gravy train and shoot for success. While Kyuss did get end up on a major, Elektra, after the release of 1992’s classic Blues For The Red Sun (a result of them buying the indie label to which they were signed, Dali), there was a sense that it was a functional thing, and the music continued to sound like Kyuss doing what they continued to do. When it came time to make a video to be shown on MTV, there was a genuine simplicity that outclassed much of what could be done with a million-dollar budget. Case in point: the clip for One Inch Man from …Circus simply shows the band playing in the desert and in a room under psychedelic lights. No glitz, no glamour, but by God they were the band you wanted to have a beer with.

This is why Kyuss were cool: they were different, and distant. They felt like they were the kids sat on the edge of the mainstream, in a better band, smoking and vibing, a group incapable of pleasing anyone other than themselves. But that’s where they came from, and something like that doesn’t wash off easily, especially if you’ve not really got much interest in changing anyway. But their naturally enigmatic demeanour didn’t mean the band didn’t push boundaries – they just wouldn’t tell you how they did their tricks. Josh’s guitar sound, in particular, was a well-guarded wizard’s secret. A thick, heavy tone that radiated warmth and dust, many players – from members of the budding stoner rock underground the band can be partly blamed for helping start, to (allegedly) Metallica’s James Hetfield – tried and failed to get a piece of the action for themselves. Years after the fact, it came out that during recording, amp cabinets would be set up in the studio, with two facing one another, in order that certain frequencies would cancel one another out, resulting in that bone-dry sound that lay across their records. The truth is, though, that they sounded like Kyuss because they were Kyuss. There was something ingrained in the band and the people in it that couldn’t be emulated by outsiders. It’s how, with two notes, Gardenia’s main riff is so brilliant, or Thumb's chorus explodes so spectacularly: you can’t learn genius.

Even their success and legacy is of a suave stripe. If you can’t be the biggest band in the world, it’s better to be one liked in awe by those who are, and become a cult to everyone else who came across you. In its time, Blues For The Red Sun sold just 39,000 copies, but the music within wasn’t just 39,000 copies good, and the band were invited by Metallica to open for them on their 1993 Australian tour. The band’s own shows, meanwhile, not in the desert but in normal bars and venues, in particular at London’s Camden Underworld and Borderline, became the stuff of legend.

When Josh Homme talks about putting a “full stop at the end of the sentence”, it is genuinely so that the last word from this most special of bands isn’t written by a lawyer. That's not Kyuss. When they broke up shortly after the release of …Circus in 1995, there was no two-year tour, no big deal. They had simply reached the end of what was true to them and called time. Thus, they were preserved forever, having never sold out or embarrassed themselves and their name. Josh formed Queens Of The Stone Age with Nick, while other members variously formed Hermano, The Operators, Slo Burn and Unida. Their influence, meanwhile, resonates still, with every stoner band who came after them owing them a debt. The only blot is that the full-stop needs rewriting. And, if done in a special way Josh talks about, where financial incentive in written off in place of making something special, in the spirit of what Kyuss did while they were alive, then it should be something very special. Start packing for the desert now…

Rolling back three decades to 1991: one of the greatest years for heavy music

Despite having a "philosophy" of "never do a reunion", Josh Homme says that he is open to playing live with Kyuss again.

’MURICA: 13 Songs For Crushing Beers And Blowing Shit Up This 4th Of July

This July 4th, our U.S. team put together a list of 13 metal songs that'll blow you out of your camo shorts.