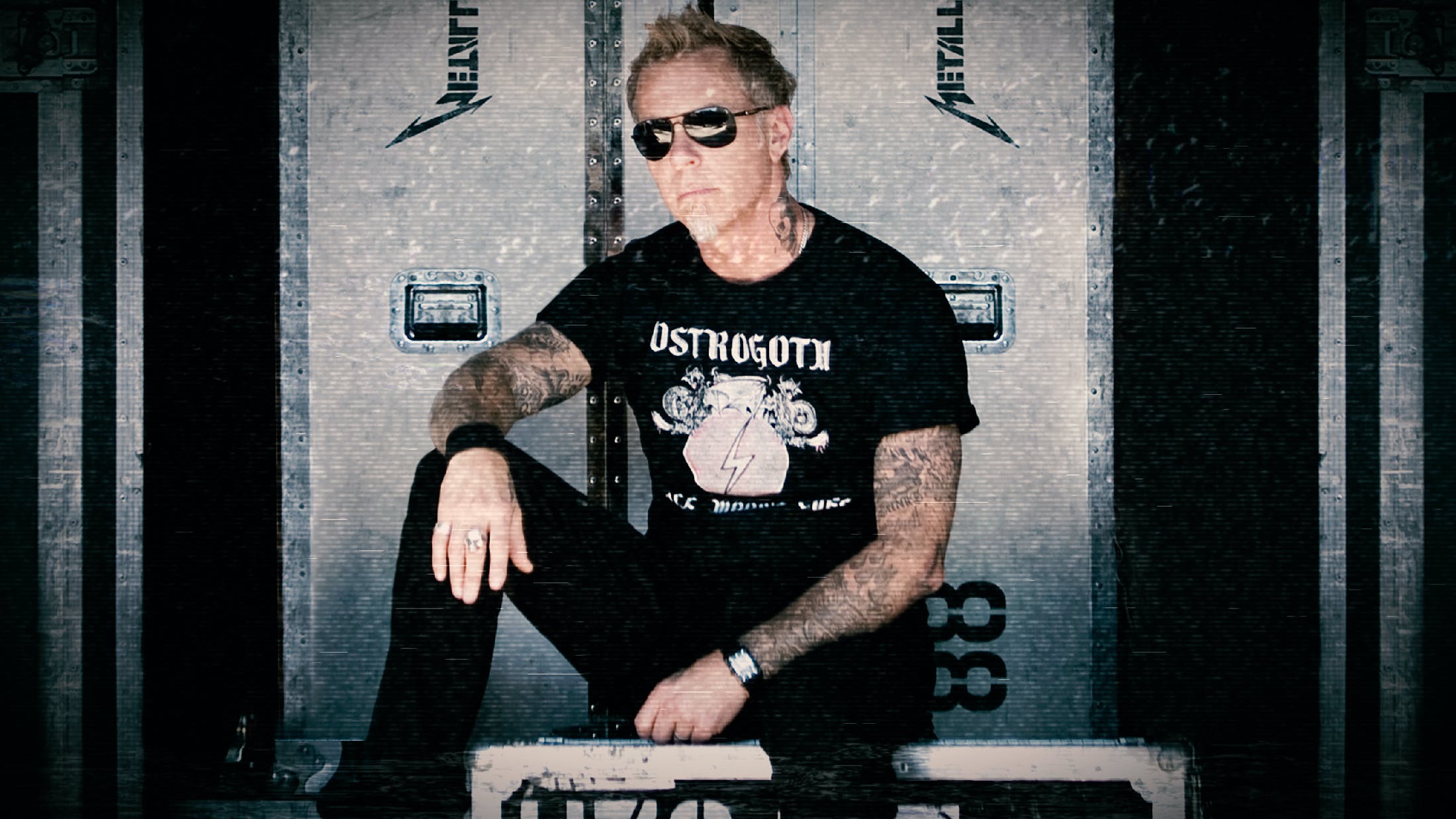 More often than not, James Hetfield prefers to let the music do the talking for him. The Metallica vocalist and guitarist has better things to do with his time than to court controversy or idle away the days chatting shit in the press. In an age of desperation for attention, you've gotta admire his staunch determination to stick two fingers up at the world and pull the guards down.

So when he does speak, people listen.

While the de facto focal point of arguably the biggest metal band in history remains something of an enigmatic figure to most, he has occasionally allowed a brief glimpse into what makes him tick and what kind of man he is outside of the spotlight. These are just a selection of some of his past reflections, asides, quips and insights.

“It is something I’m interested in, and something I’m aware of. I do believe there’s a higher power and that all of this is for a reason. I don’t think it’s all about me anymore. And to let someone else drive, to realise that someone else is in control, that’s something I find comforting… I spent far too long believing I was God. And, really, I didn’t do a particularly good job, did I?”

"I think we’re pretty in touch with what we do. We’re not untouchable, but with the hugeness of Metallica, everything it represents, you can’t think of it as just serious or just bullshit – it’s somewhere in the middle. People are calling us rock stars, but once you write a fucking song you’re part of the machine. The cool thing is to control the machine yourself. And we know who’s driving.”

"Metallica is the fucking world to me. It always has been and that's not going to change. Whoever becomes my partner through life has got to deal with that. I'm married to Metallica."

"People call you what they will anyway. On [Master Of] Puppets it was, 'Are you a thrash metal band?' I say we're a heavy metal band, but we're also a rock band, we're a ballad band, a crushin' fuckin' slow Sabbath [type] band. We've got so many parts to Metallica and I'm not afraid to be called any of the fuckin' things."

…on booze and sobriety

“I guess that realising that I don’t need booze all the time is kind of a cool thing. It wasn’t a big deal and it still ain’t. There’s friends of mine going, ‘You’ve stopped drinking? What the fuck is the matter with you, you pussy?’ I just tell ’em, ‘I’m sick of drinking.’ I just got tired of planning my days around the hangovers. Having to write down the name of the hotel we’re at just in case I pass out and forget where I fucking live! Shit like that…”

"I used up all my hangovers. It was basically [me] waking up, not feeling very good and not wanting to do a show. I started to feel a sense of responsibility, at least to myself, let alone anybody else, to play better."

"I've been in Metallica since I was 19 years old, which can be a very unusual environment for someone with my personality to be in. It's a very intense environment, and it's easy to find yourself not knowing how to live your life outside of that environment, which is what happened to me. I didn't know anything about life. I didn't know that I could live my life in a different way to how it was in the band since I was 19, which was very excessive and intense. And if you have addictive behaviours then you don't always make the best choices for yourself. And I definitely didn't make the best choices for myself. Rehab definitely taught me how to live."

"There are too many people on the fucking planet… I love nature. I love the wilderness, and there is not much more of it. It makes me hate people. Animals, they don't lie to each other. There is an innocence within them. And they're getting fucked."

…on image and perception

"What I've learned is that you have to be yourself. Whatever you put out, that's what you'll attract [in response]. It's as simple as that, the law of attraction. If you're putting out the image of the hard-ass that doesn't want to bend and who would rather break, you're going to attract the kind of fans that are looking for that kind of character. I realise now that all I can do is live and survive life."

“He’s just so pretentious. Fuck, just looking at his picture there’s something not right, something so fooling about it. He’s pulling the wool over a few folks’ eyes, it seems to me. His Versace ad, the movie star… God, I can’t take it!”

“Hunting is great. Getting away from humans and the city is good for a start, and to become animal is fun for me. You’re in the animal’s territory and you’re trying to out-think them – it’s like a game of chess, trying to anticipate the next move. After two-and-a-half hours stalking an animal you’ve spotted from miles away, it’s pretty intense.”

“Being the singer, you don’t do more than three hours in a row or you get sick. Your throat goes. I have to take care of my voice here and there which is a hassle… Having mics all over the place is much more fun than being stuck in one spot.”

…on the Snake Pit

“The Snake Pit idea was a combination of band members and management. Initially, that hole in the middle of the stage was meant to be a special effects area, with little crosses rising up, or a blow-up Justice lady or something. We said, ‘No, why not put some kids in there who are fans, as that would be cool.’”

“It’s all down to personalities. Not everyone is the same and that’s probably the thing that’s made us last. Nobody really cares about being the lead dog in the pack, and everybody pulls their weight.”

“You couldn’t have a 10-page feature on me, it’d bore the shit out of anybody…”

All quotes sourced from Kerrang! archives, Rolling Stone (Rollingstone.com), Into The Black: The Inside Story Of Metallica 1991-2014 by Paul Brannigan and Ian Winwood