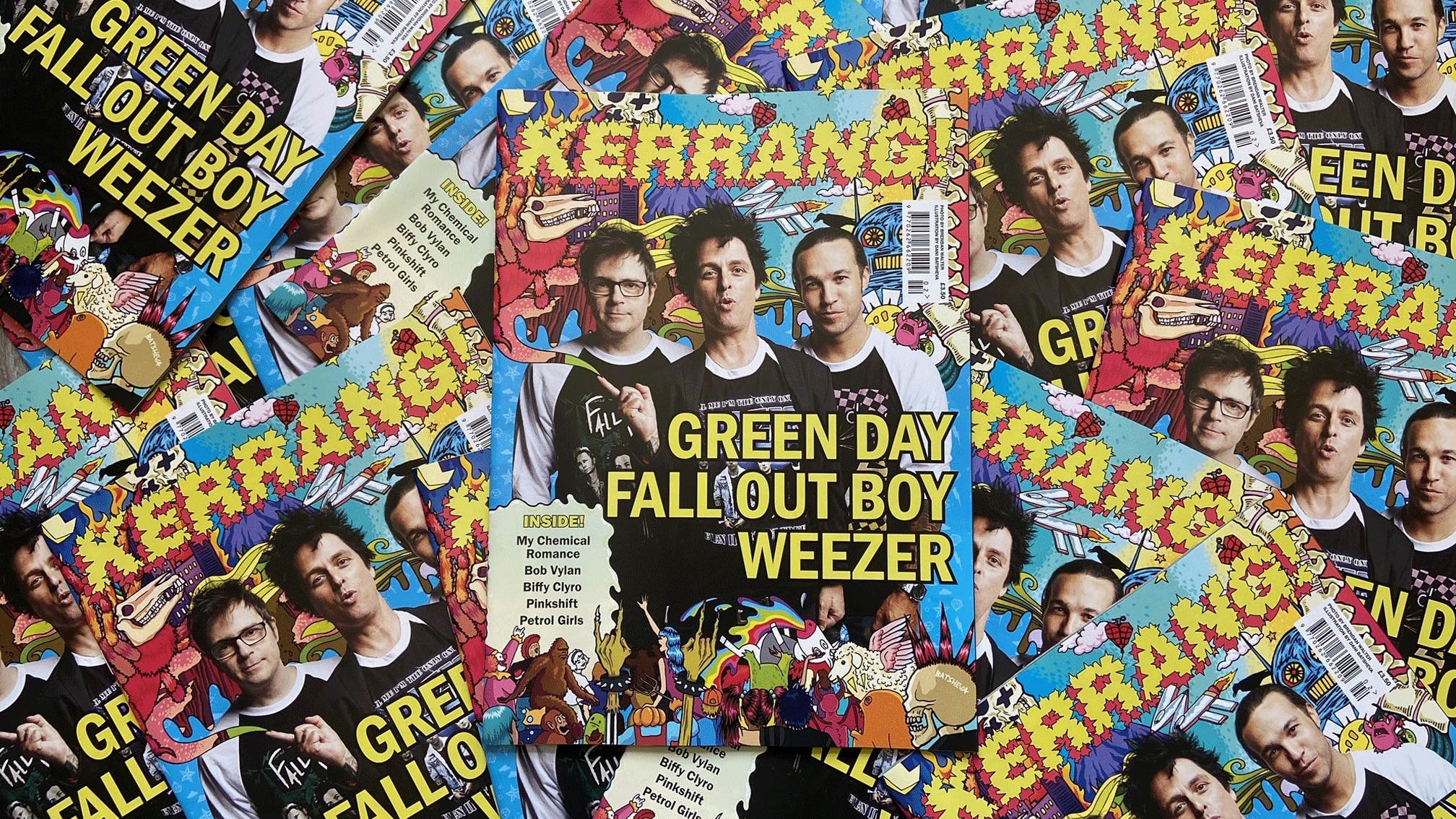 Following our massive Bring Me The Horizon issue in March, we’re back again for another special edition of Kerrang! magazine – this time, celebrating the arrival of the long-awaited Hella Mega Tour!

In the mag – which is out now – Green Day’s Billie Joe Armstrong, Fall Out Boy’s Pete Wentz and Weezer’s Rivers Cuomo celebrate all things Hella Mega, from what it was like to finally make those shows happen in the U.S. last year, how special it is to tour with each other’s bands, and just how excited they are to be coming back to the UK.

As always, though, that’s not all, and we’ve got plenty more big-hitters for you in the new issue. From a never-before-seen My Chemical Romance interview from 2006 in which Gerard Way talks all things The Black Parade, to FEVER 333’s Jason Aalon Butler reflecting on the last two years and his continued battle for equality, to Biffy Clyro looking back on the biggest gigs of their career ahead of their upcoming second headline slot at Download Festival.

Elsewhere, we meet rising stars Pinkshift, Sick Joy and ZAND, Bob Vylan reveal how they’re only just getting started, Don Broco take K! inside their Royal Albert Hall spectacular, Petrol Girls open up on their politicised punk, and Aimee Interrupter lifts the lid on the heroes that made her.

Plus! You asked, and we listened: posters are back! Stick lovely new shots of Oli Sykes, Nova Twins, Enter Shikari, WARGASM, Ghost, Stand Atlantic and The Linda Lindas on your walls.

The new issue of Kerrang! is available now in WHSmith and all of the best independent retailers. Or you can order a copy online right here.

Billie Eilish will be topping the bill at Reading & Leeds 2023 alongside the likes of Foals and The Killers.

Don Broco’s Rob Damiani: The 10 songs that changed my life

From singing Queen in his school choir to crowd-surfing to Foo Fighters, Don Broco frontman Rob Damiani reflects the significant songs in his life…

Listen to Don Broco’s new single Fingernails, and catch the band with Papa Roach and Dance Gavin Dance on the Amazing Things tour next year…

The making of Bring Me The Horizon – only in the new issue of Kerrang! magazine

Bring Me The Horizon hit the cover of Kerrang! magazine as we discover how they took on their final form and why they’ll always do whatever the hell they want…

All special guest supports for this month’s Teenage Cancer Trust at the Royal Albert Hall shows have been revealed – including Nova Twins, Deaf Havana and Kid Kapichi.

“We’ve wanted to do this forever”: Don Broco talk going orchestral at the Royal Albert Hall

As they gear up to play next month’s Teenage Cancer Trust at the Royal Albert Hall gig series, frontman Rob Damiani details Don Broco’s plans to perform a full set with an orchestra for the very first time…