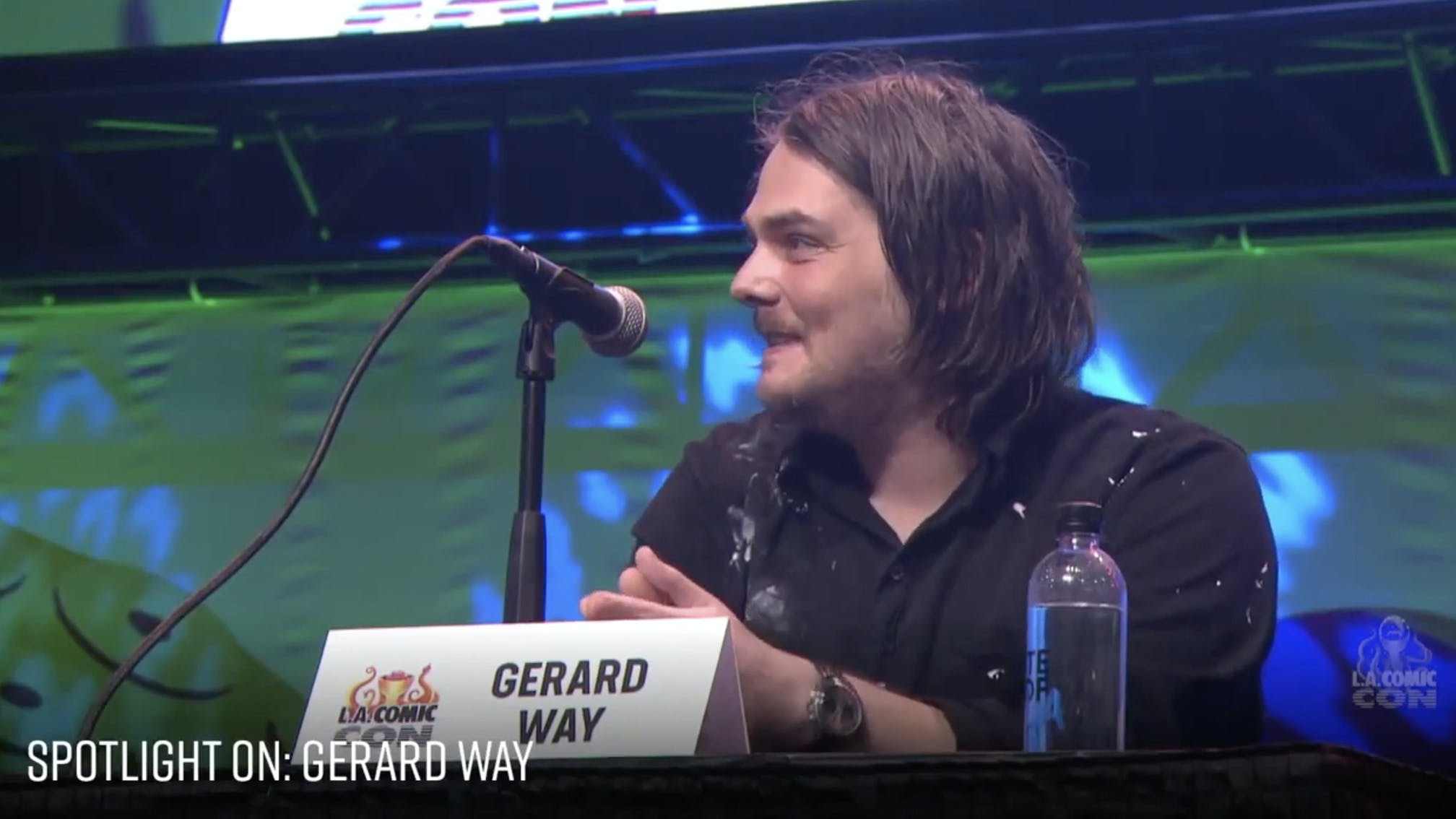 It's a good time to be a Gerard Way fan right now. If the arrival of the musician's brand-new song Here Comes The End last week wasn't enough, you will be able to catch him discussing one of his other huge passions in life – comics – during a virtual panel for this month's annual Comic-Con.

Gerard will star in the Dark Horse All-Stars panel alongside Nnedi Okorafor and Matt Kindt on July 25 from 12pm PDT – and you'll be able to watch it right here. A short description of this roundtable discussion reveals: “Three of the industry's best creators including Gerard Way (co-creator of The Umbrella Academy) Nnedi Okorafor (co-creator of LaGuardia), and Matt Kindt (co-creator of BANG!) gather for a roundtable discussion about characters, the writing process, and the joys of creating. Moderated by Anthony Mauro.”

Sounds fascinating! And, just under a week after this panel hits the internet, Gerard's latest project – series 2 of the Netflix adaptation of The Umbrella Academy – will be premiering on July 31.

A synopsis of this season reads: “Five warned his family (so, so many times) that using his powers to escape from Vanya’s 2019 apocalypse was risky.

“Well, he was right – the time jump scatters the siblings in time in and around Dallas, Texas. Over a three-year period. Starting in 1960. Some, having been stuck in the past for years, have built lives and moved on, certain they’re the only ones who survived. Five is the last to land, smack dab in the middle of a nuclear doomsday, which – spoiler alert! – turns out is a result of the group’s disruption of the timeline (déjà vu, anyone?).

“Now the Umbrella Academy must find a way to reunite, figure out what caused doomsday, put a stop to it, and return to the present timeline to stop that other apocalypse. All while being hunted by a trio of ruthless Swedish assassins. But seriously, no pressure or anything.”

Unsurprisingly, this isn't Gee's first time discussing his love of all things comic related during a panel.

Watch him speak at 2019's Los Angeles Comic-Con below:

Read this: 7 things we learned from The Umbrella Academy