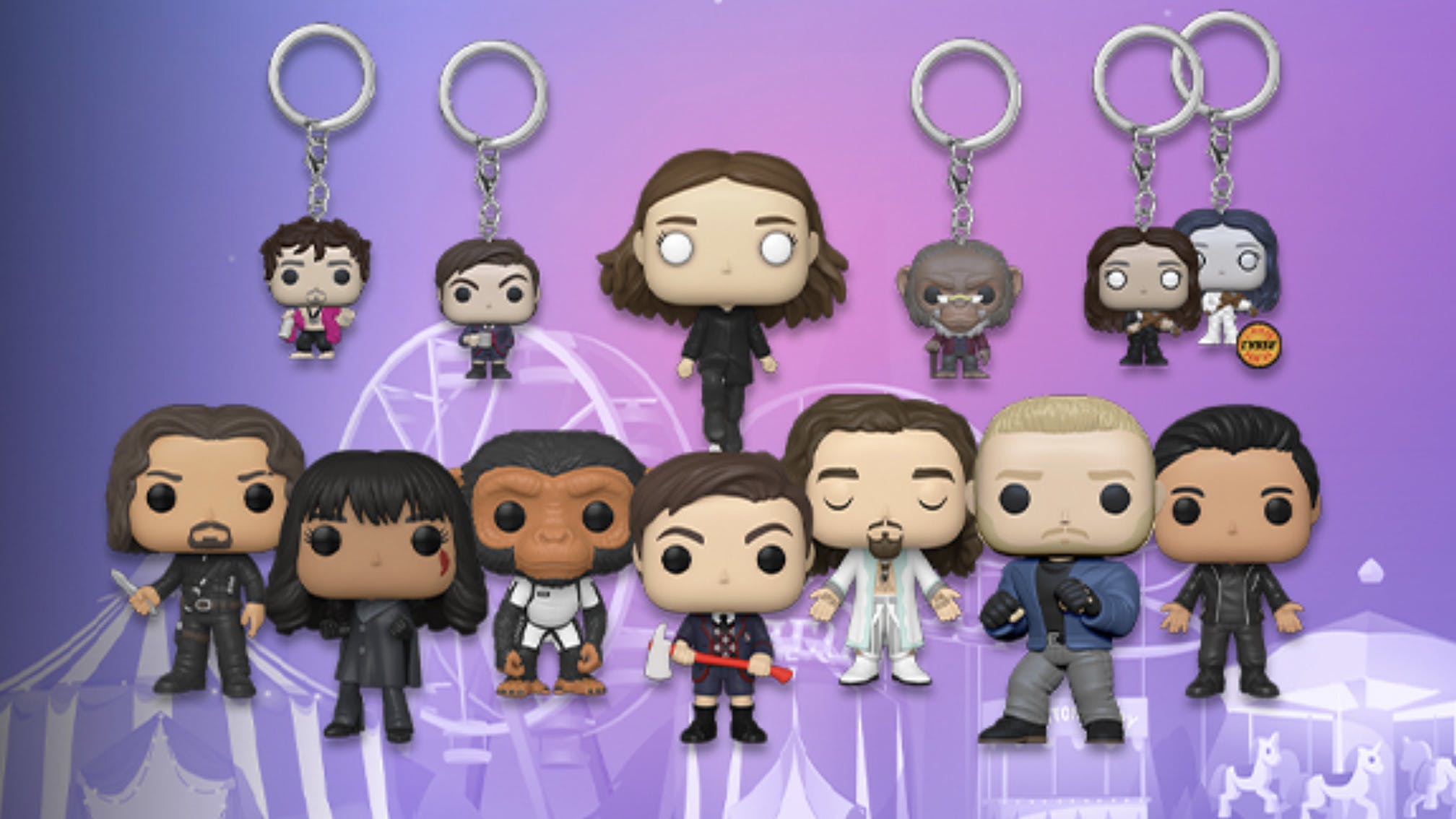 As Netflix's attention now turns to season 3 of The Umbrella Academy, season 2 of the brilliant show is being remembered by Funko with the company unveiling a whole load of POP! vinyl figures during their current Funko Fair.

And when season 3 eventually arrives it'll surely give Funko even more new POP!s to conjure up, as The Sparrow Academy is coming to town (personally we're very excited by the idea of a potential Existential Dread Inducing Psykronium Cube – Christopher / Sparrow #7 figure).

Speaking to Forbes last year about The Sparrow Academy in relation to his Umbrella Academy comic book series, Gerard Way said, “[It] deals with a very big reveal in the Umbrella Academy universe, something that had been secret for a long time, and our siblings learn a lot about what was happening behind the scenes, as well as discovering the true nature of some characters that have been with them since the beginning. The series finally starts to answer the question: ‘What about the other babies born on that day, in that moment?’ The Umbrella Academy siblings are not alone in the world anymore.”

Check out the new POP!s below:

In other Funko Fair news, three Fall Out Boy figures – one of Patrick Stump and two of Pete Wentz – were teased earlier this month.

Read this: 10 moments that made My Chemical Romance superstars