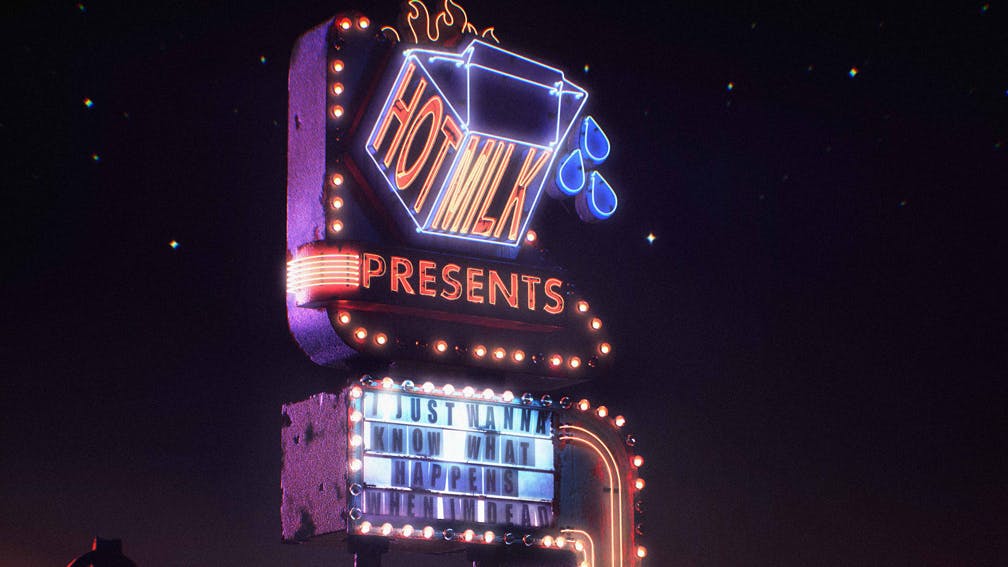 Hot Milk have no interest in hanging around and wasting time. Determined to rise the ranks fast and spread their message of inclusivity and good vibes far and wide, this is a band who supported Foo Fighters and You Me At Six when they had next to no material released, while more recently, they stormed the Download Pilot and the main stage of Reading & Leeds. Building on this momentum and their well-received 2019 record Are You Feeling Alive?, I JUST WANNA KNOW WHAT HAPPENS WHEN I’M DEAD is a fiery release that sees the band bare their teeth, all the while retaining the knack for sprightly power-pop that’s seen them win a host of fans in no time.

Kicking off with a title-track that starts heavy before giving way to the kind of buoyant pop-rock Hot Milk are building their name on, the quartet blast through the likes of The Good Life and I Think I Hate Myself with consummate ease. It’s all very functional, and at times it almost feels too slick, but the sheer enthusiasm with which the band attack the songs see them pull it off.

Speaking of which, it’s when Hot Milk really let go on the biting Split Personality and standout track Woozy that they really excel. The former sees co-vocalists Han Mee and Jim Shaw trade some venomous vocals, while Woozy’s tales of medication and depression (‘Sertraline got me feeling woozy’) combine with a seriously impactful chorus to great effect.

A well-executed and, at times, nuanced release, I JUST WANNA KNOW WHAT HAPPENS WHEN I’M DEAD provides further proof as to why Hot Milk are one of the UK’s most hotly-tipped young bands. Push the envelope a little more in the future, and big things could happen here.

For fans of: Stand Atlantic, You Me At Six, All Time Low

I JUST WANNA KNOW WHAT HAPPENS WHEN I’M DEAD is self-released on September 10 via Music For Nations.

READ THIS: Hot Milk’s Hannah Mee: "You have the power to dictate your own life, don’t blame men or the system. Don't get bitter – get even"

Hot Milk have announced their biggest headline shows to date

Hot Milk announce headline gigs in London and Manchester, entitled England’s Screaming, encouraging fans to “come together and defend individuality more than ever”.

Listen to Hot Milk’s “heartbreak anthem”, I Fell In Love With Someone That I Shouldn’t Have

The next single from The King And Queen Of Gasoline is here – and it’s an absolute banger with a powerful message.

Listen to Hot Milk’s new single Teenage Runaways, taken from their upcoming The King And Queen Of Gasoline EP.