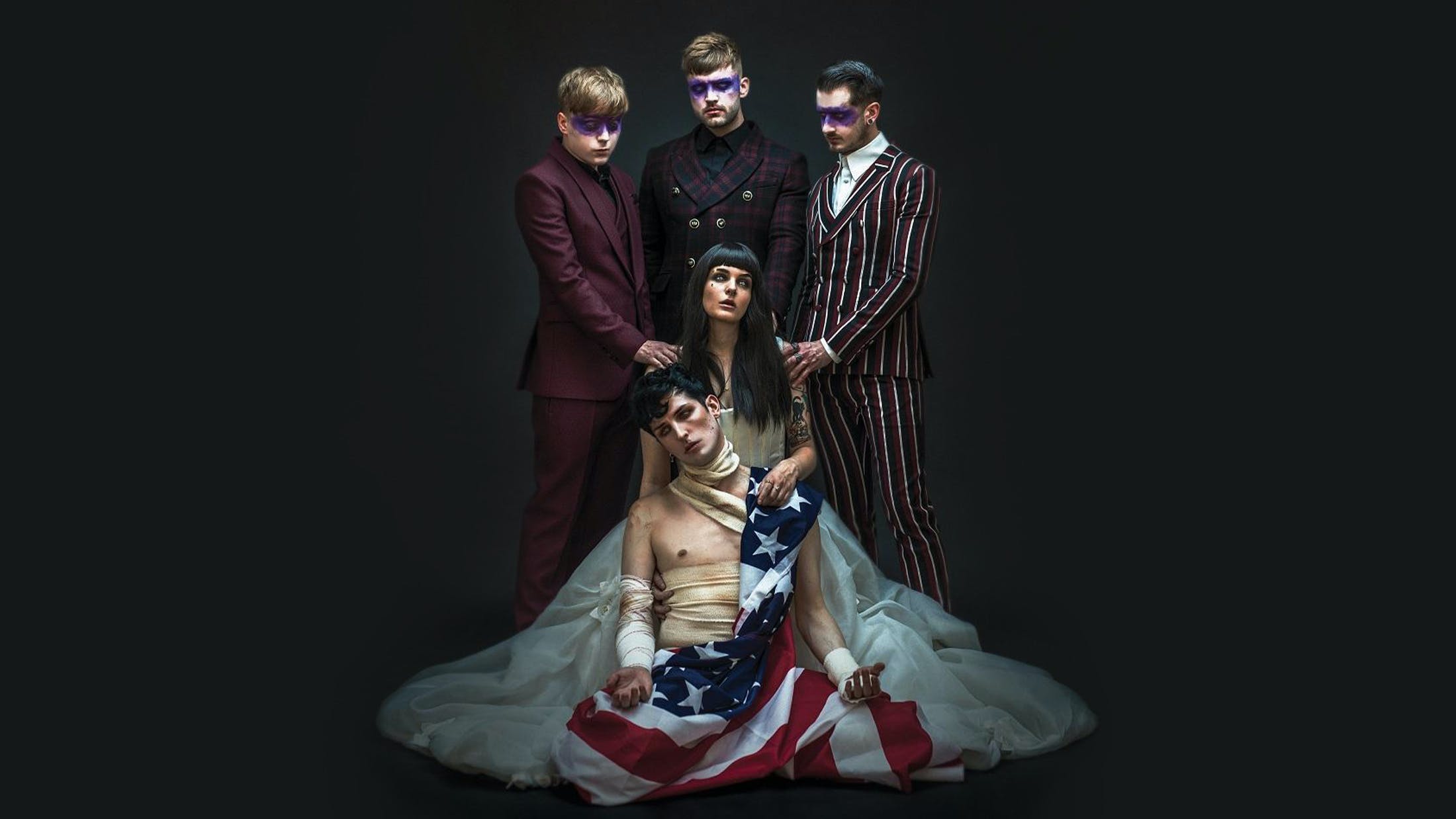 If there was an album that would have benefited from being toured to further deepen fans’ understanding of it, it was Creeper’s second offering, Sex, Death & The Infinite Void. Alas, thanks to COVID that wasn’t to be, though that period offered fans a period in which to commit wholly to its concept, to walk the streets of Calvary Falls in their own minds, meet its inhabitants and take the time to discover their many secrets.

That task has been made easier with the release of American Noir, an EP of music written during the album sessions. It broadens and deepens the story that began with that album, acting as a requiem to the alien character of Roe, who – SPOILER ALERT – died at the climax of the album. Or it’s simply eight tracks of lovely, rousing rock opera. Whether you’re after one, the other, or both, you’re sure to be left more than satisfied.

‘I was in a field at dusk,’ says singer Will Gould as Roe, presumably from the afterlife, during opener Midnight Militia. ‘The stars from above my head like convicted felons, already dead.’ It’s just over a minute, but serves to illustrate Creeper’s commitment to the drama of their narrative, and how far we are from Southampton these days, in so many regards. American Noir is full of sweeter, more theatrical confections than its predecessor, the band firmly hitting the button marked ‘Jim Steinman Overdrive’ with the arrival of Midnight, the voices of Will and Hannah Greenwood melding together seamlessly like the hearts of its protagonists.

Those aching romantic laments rarely let up, with Will crying ‘Here comes the dark’ over probing strings on America At Night. If the focus on the Americana aesthetic occasionally results in lyrics that are a little on the nose (‘She’s Coca-Cola red and I’m Pepsi-Cola blue / In the land of the free I’m a prisoner for you’), it’s forgivable because elsewhere there’s loveliness that furthers the message that transcends Creeper’s stories: this band offers sanctuary for the misunderstood. ‘You’re not like the others, you’re one of us,’ Will acknowledges on One Of Us, a firm highlight and the latest in a line of songs letting fans know they’re seen and heard by their heroes. Because who doesn’t want that?

For fans of: My Chemical Romance, AFI, Neck Deep

American Noir is out now via Roadrunner.

READ THIS: Creeper's Will Gould: The 10 songs that changed my life

In pictures: Creeper’s epic When The Sun Comes show in London

The current era of Creeper came to a dramatic, gory end at the Roundhouse in London. Here’s what it looked like…

Listen to Creeper’s awesome new single Ghost Brigade, which is their first under Spinefarm Records.

Creeper promise “a landmark show for our band and the community surrounding it” when they headline the Roundhouse in November.