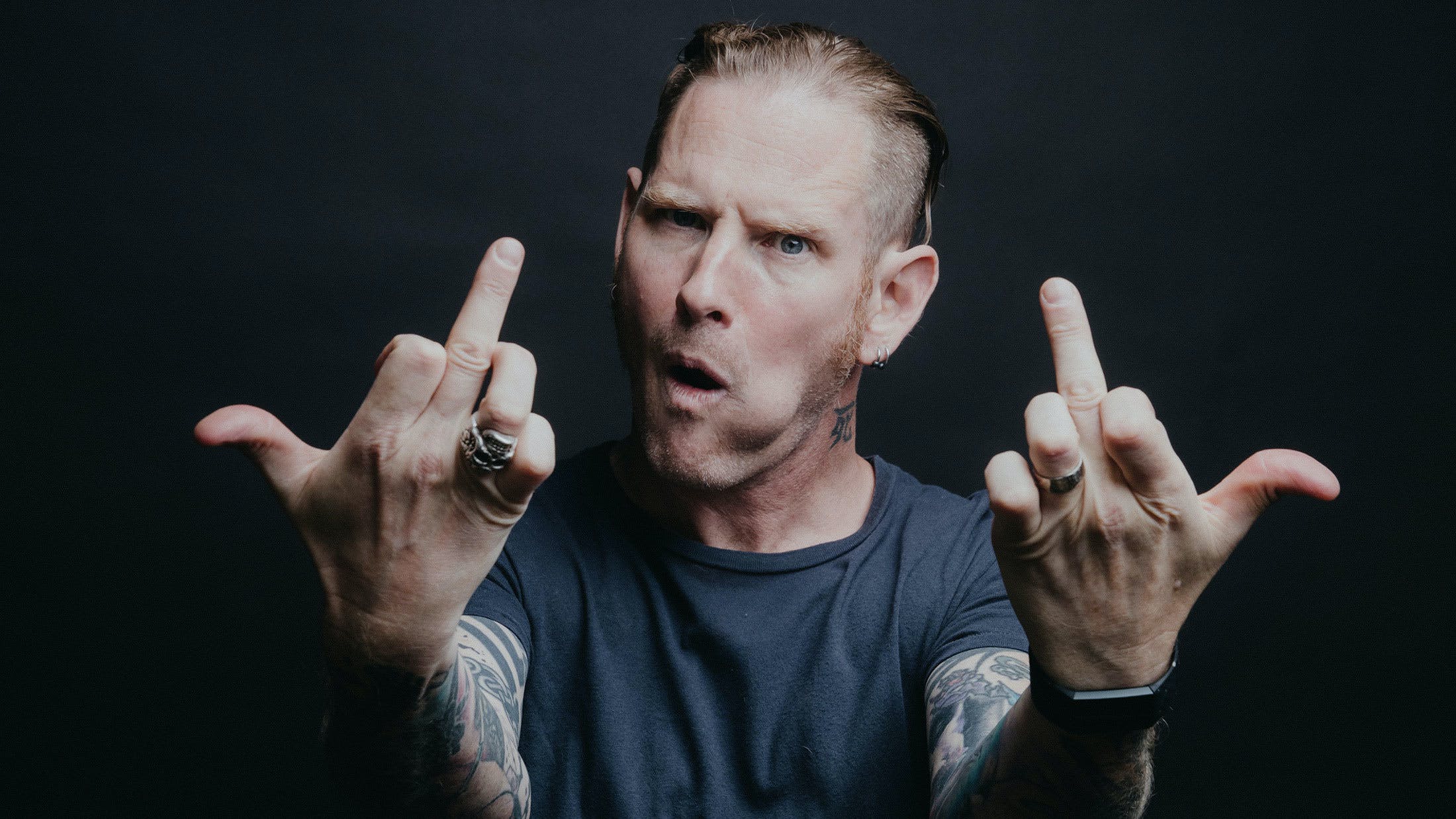 Good news, maggots! As well as the new Slipknot album is being released tomorrow, Corey Taylor has revealed details of a special livestream event next month.

Broadcasting live from The Great Big Mouth's headline solo show at the Palladium in London, the aptly-titled Half Sold Out: CMFT Live At The Palladium will be available to stream around the world as it happens on October 17.

Supported by The Cherry Bombs, proceeds from the stream will go to The Taylor Foundation, a charity initiative that Corey set up to support military veterans, emergency personnel and their families, living with PTSD.

Speaking about the livestream and returning to the UK for the first time since January 2020, Corey says, “Not only am I stoked to be coming back to my island to play for my people, I’m over the moon to share it with the rest of the world. We’re gonna laugh, cry, break dance – sky’s the limit. Enjoy, Earth.”

The show will be livestreamed on Drift at 9pm BST before being rebroadcast at 9pm EDT and 9pm PDT, before being made available on-demand for 48 hours from 11:30pm PDT.

Following the London date, Corey heads out for three more shows across the UK. Dates below.

READ THIS: Slipknot: “After all these years, we’re still fans of each other”

A new video of Gen Z music fans reacting to Slipknot’s biggest singles will make you laugh… even if none of them are becoming Maggots anytime soon.

From Wait And Bleed and Snuff to… the SpongeBob theme tune, Corey Taylor brought all the hits to his headline show at beautiful London theatre The Palladium.

Slipknot’s The End, So Far storms into the UK charts with the third Number One of the band’s career…

Which Slipknot mask is Corey Taylor’s favourite? The frontman picks the best one, as well as his favourite out of the rest of the band.

Left Behind! Spit It Out! Duality! Slipknot’s music videos from 1999 to 2008 have all been upgraded…

Slipknot have released a new video for The End, So Far single Yen, and it’s an absolute visual feast…

Vended: “We didn’t get our parents’ musical talent. We found that on our own”

So what, two of Vended’s fathers are in Slipknot? As Griffin Taylor and Simon Crahan tell Kerrang!, they’ve worked hard to do things all by themselves…